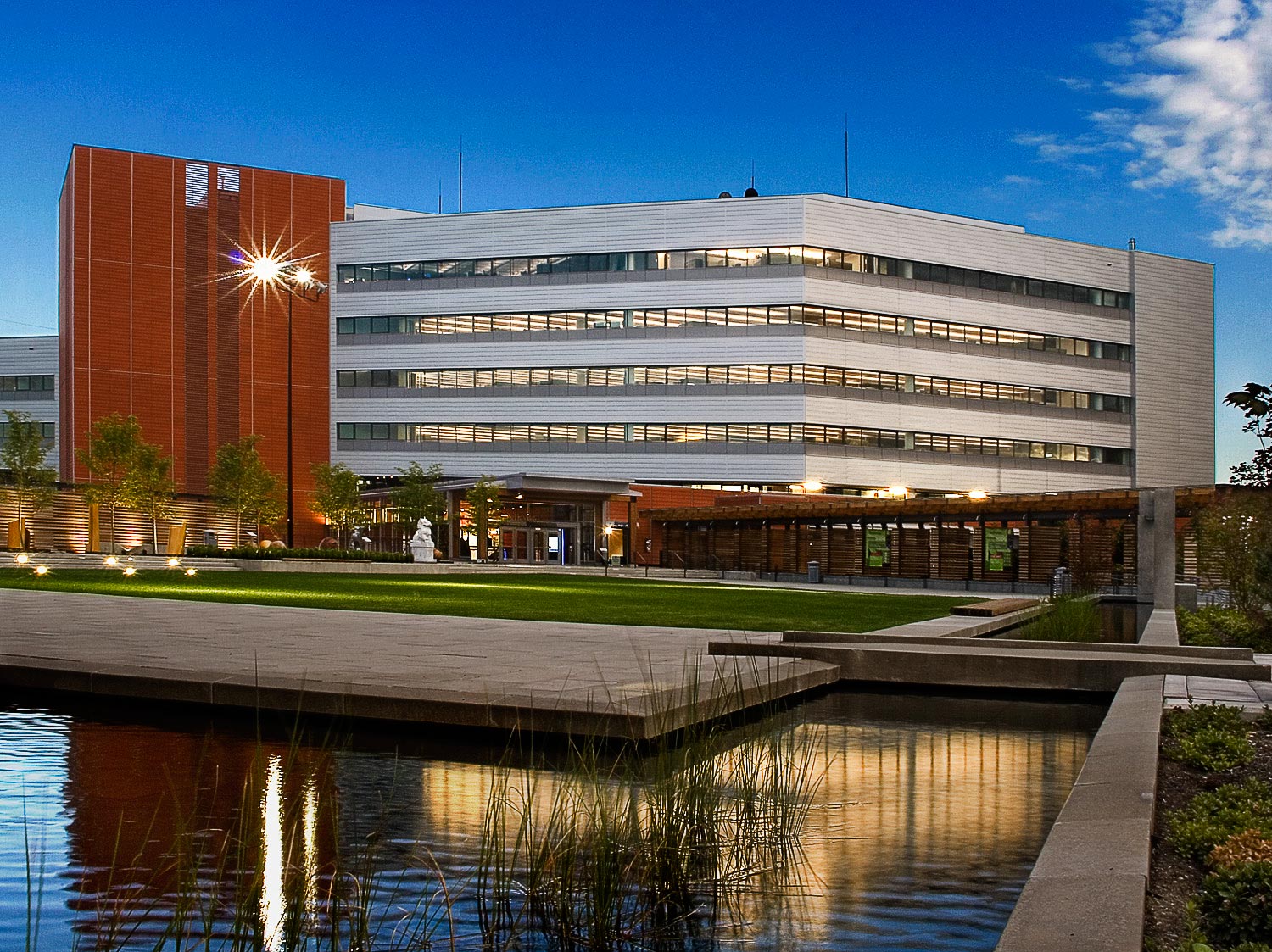 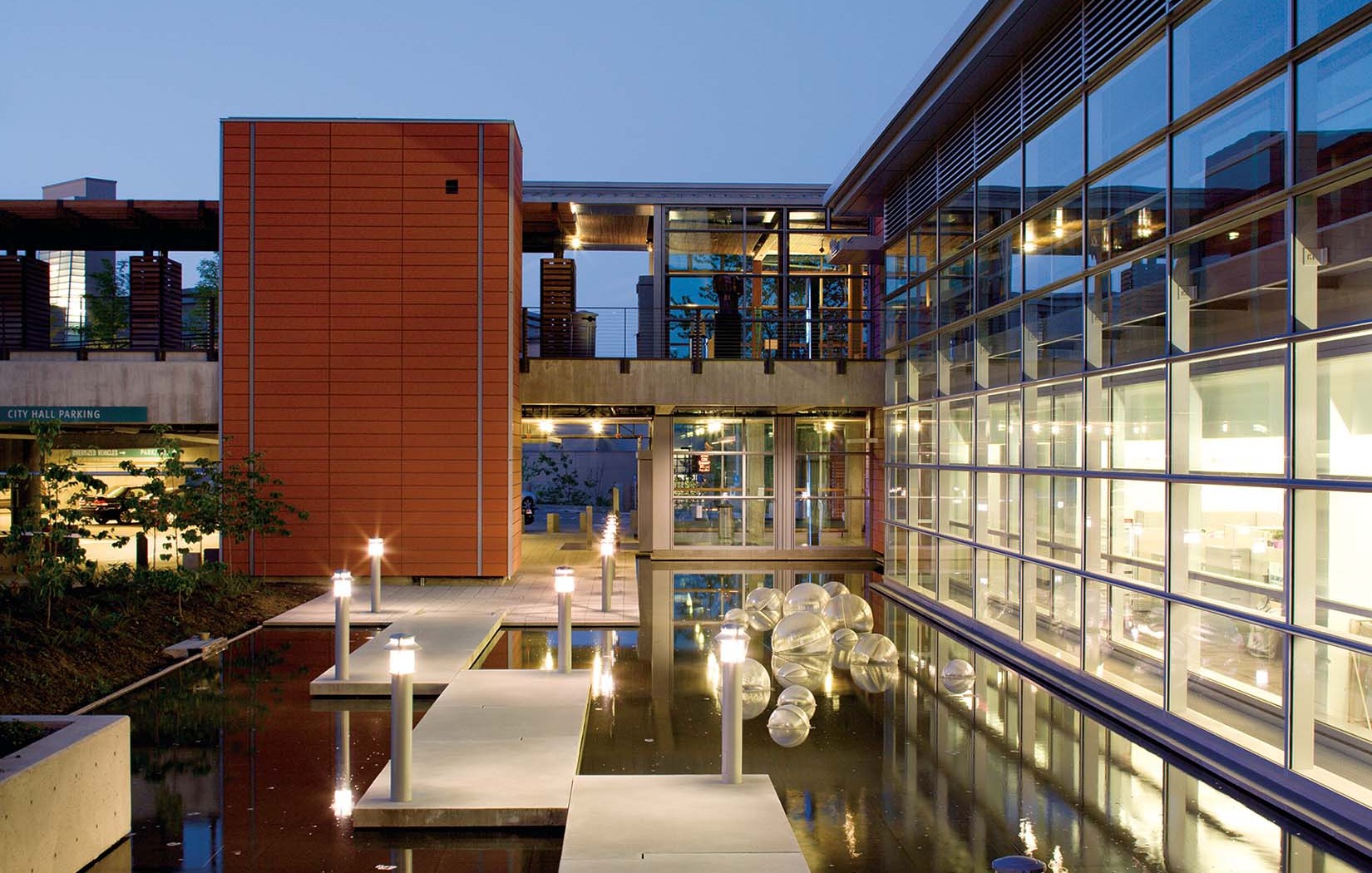 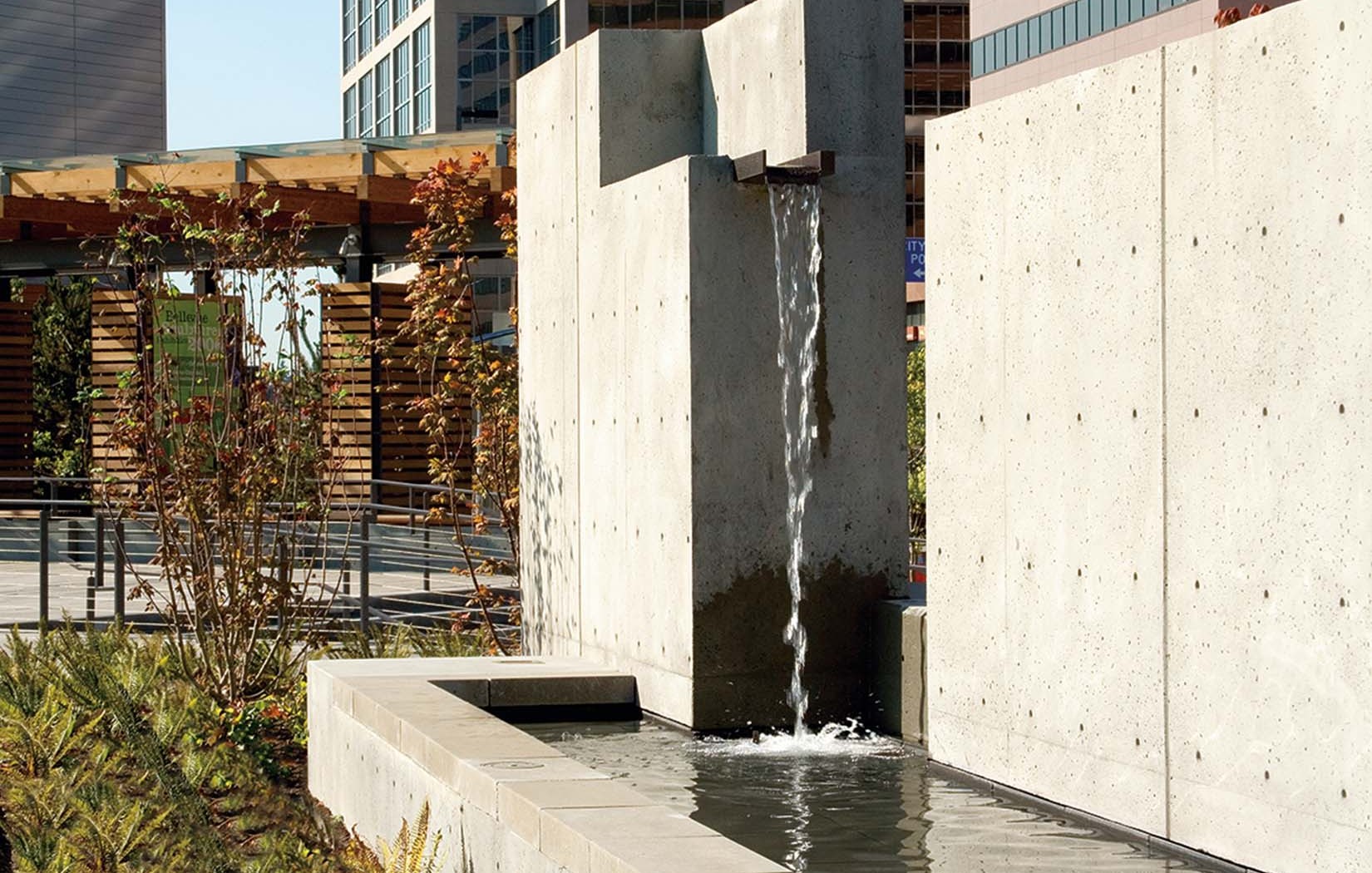 Bellevue City Hall is the result of an adaptive reuse of an outdated office building located in downtown Bellevue, Washington.

Terminating the east end of the city’s central pedestrian corridor and close to the transit mall, convention centre and central library, the site was ideally suited for a public facility but posed several challenges. New parking requirements combined with an awkward bunker like existing entry, meant that a new entry was necessary to puncture the building core, promote light and views, and fulfill vehicular access requirements.

The design solution was to extend the building into the landscape at two levels using water to dramatize and emphasize the connection. The building atrium extends diagonally to the city and frames a new civic open space while concealing 200 new underground parking stalls. The concept provides a major, central civic plaza suited both to casual daily use by the public and civic staff and for more specialized and formal events. The landscape is an animated, pedestrian oriented space which also serves as a major gateway to the downtown.