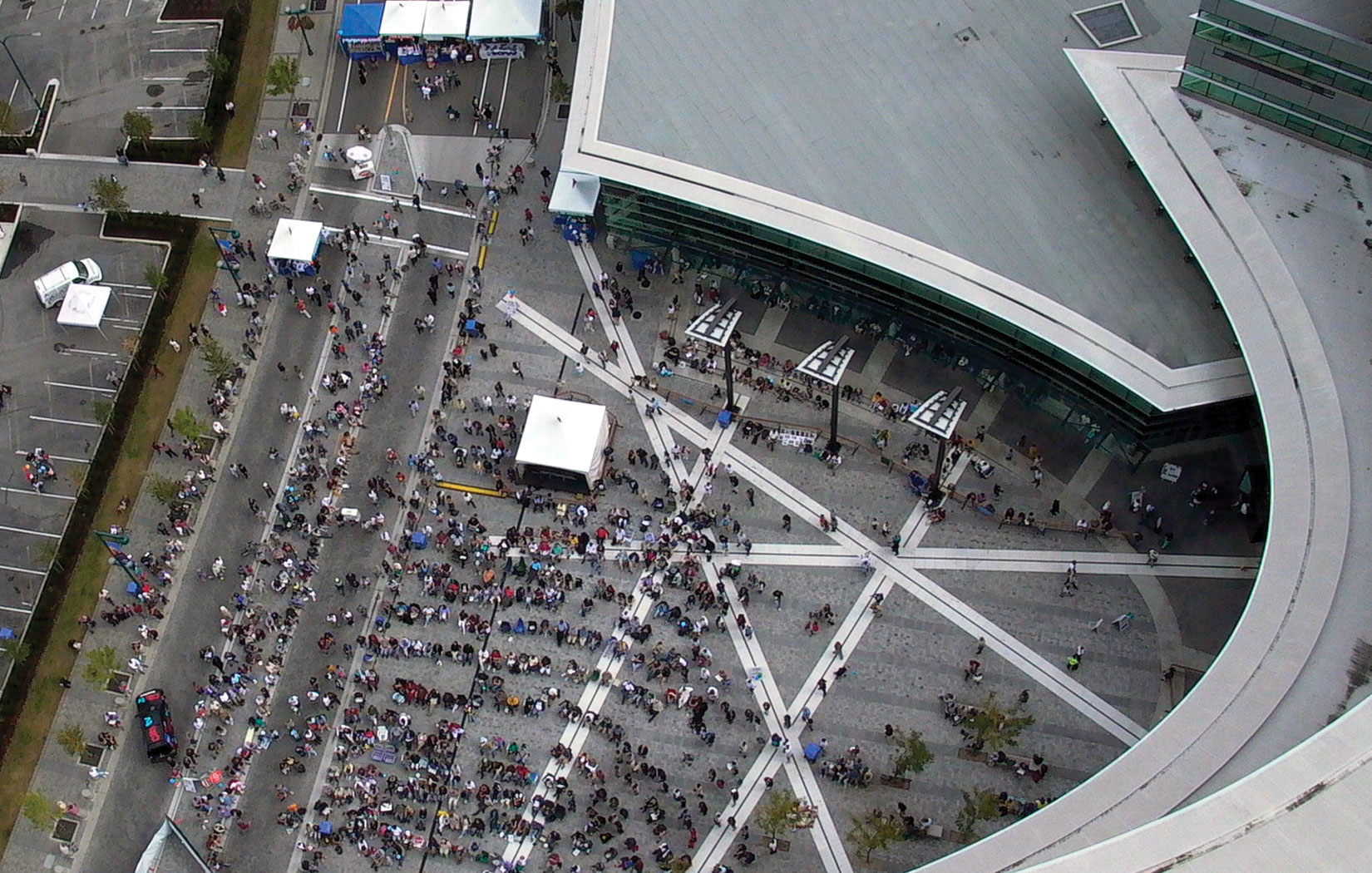 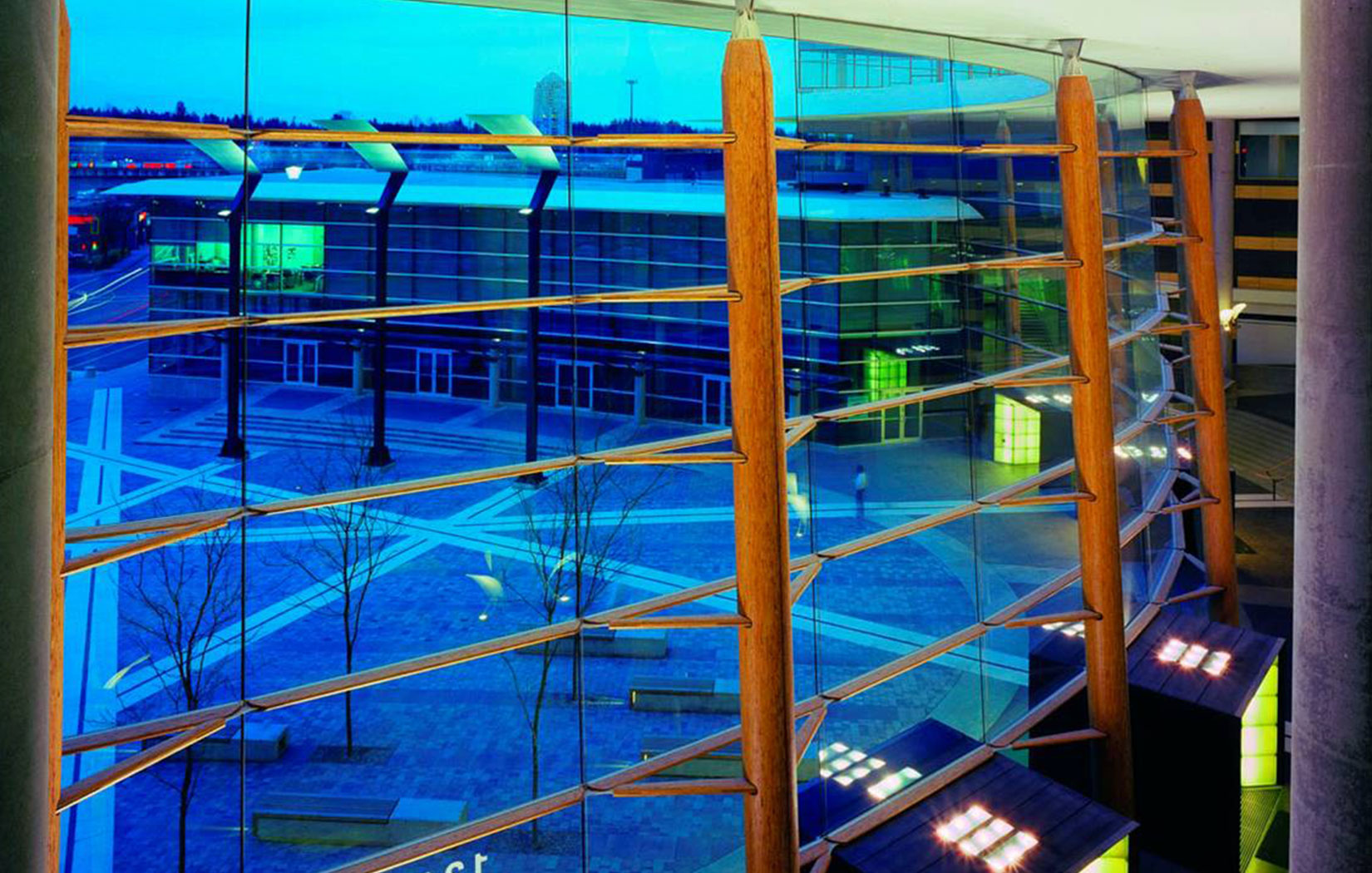 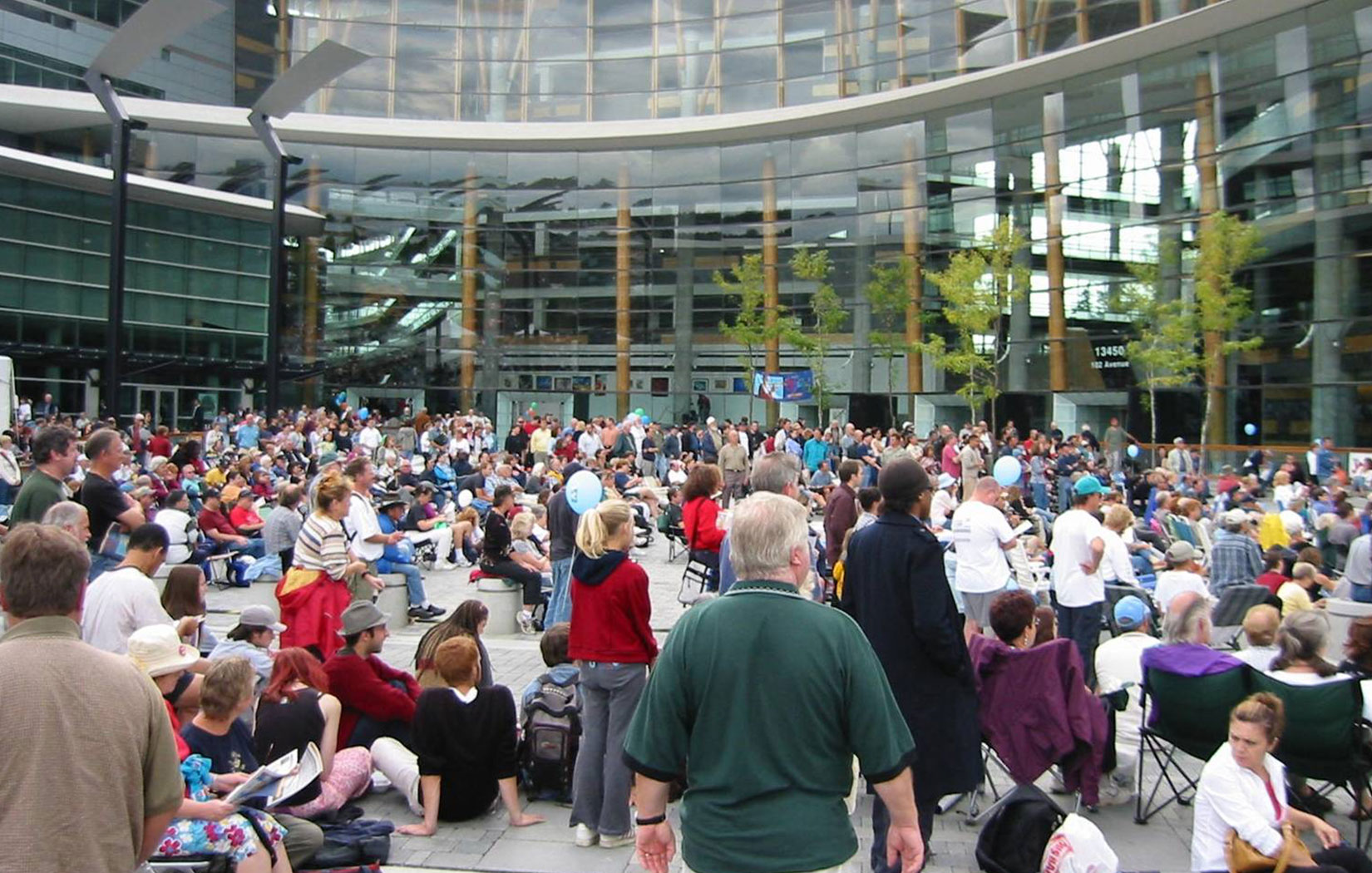 Central City is a major urban development in Surrey’s new city centre. The project began by redeveloping an existing shopping centre as a catalyst to rejuvenate this part of the community. The site design included rerouting a major road and developing new streetscapes for perimeter roadways. The centrepiece of the redevelopment is a large scale and high profile civic plaza situated in front of a new tower designed by Bing Thom Architects.

This civic space represents the community heart and accommodates programming of a myriad of events. Part of the success of the plaza is due to the use of directional paving details, which delineate optimum pedestrian flow to maintain clear corridors to differing building entrances.

The development has now become the Surrey campus of Simon Fraser University and the plaza has been extended to the north to serve the new Central Library (also with a public plaza by PFS Studio) and other future civic buildings.