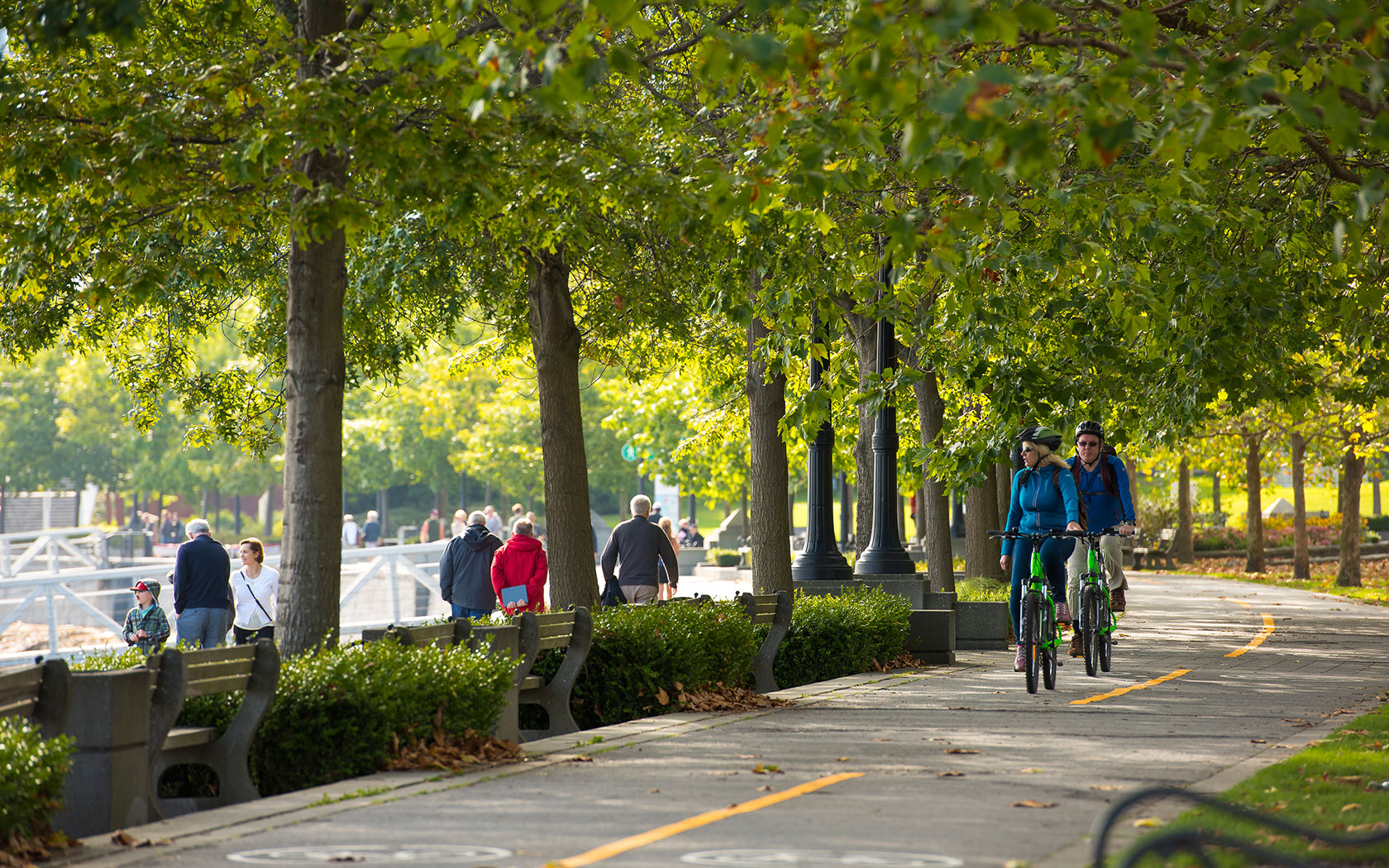 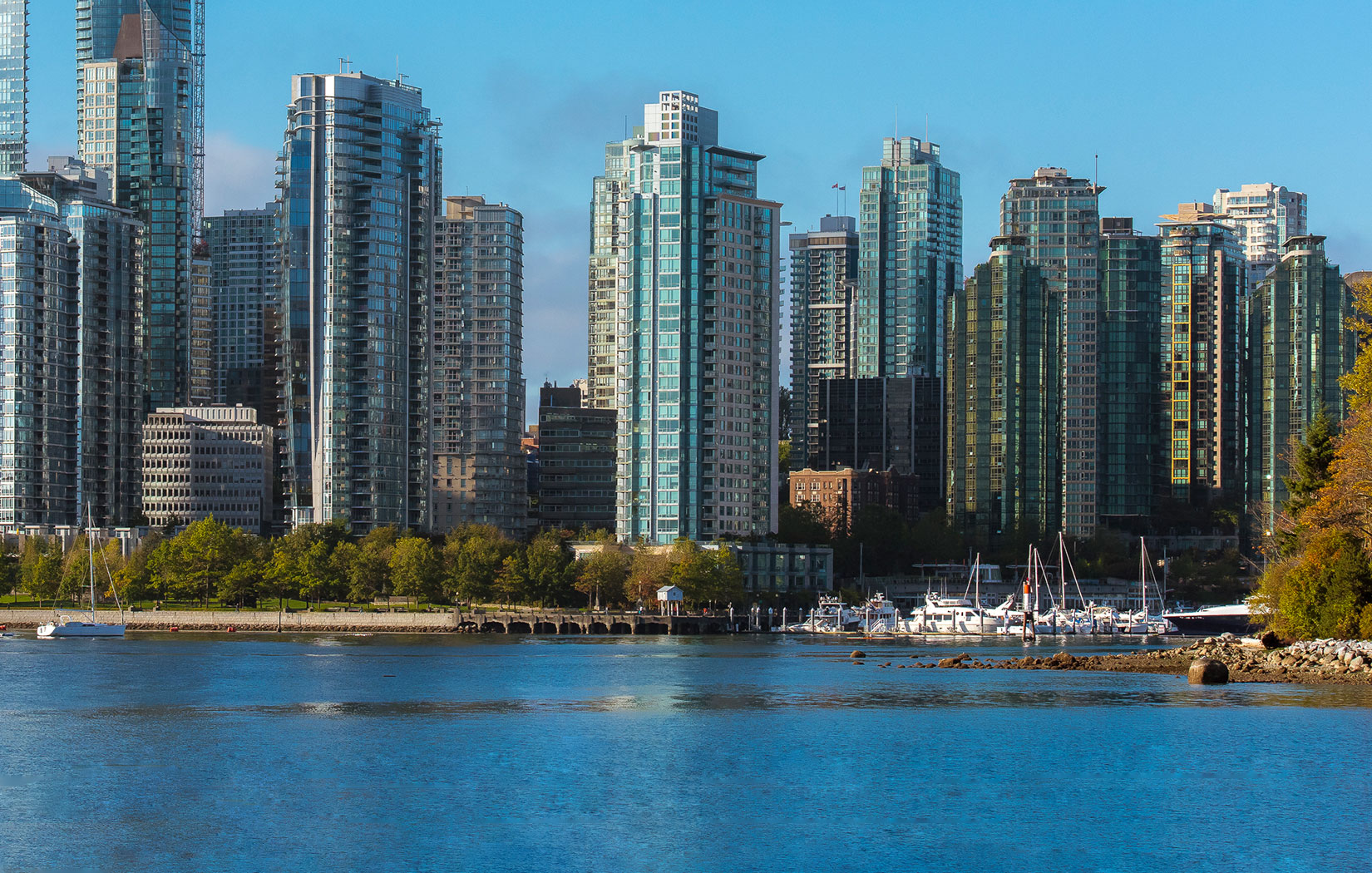 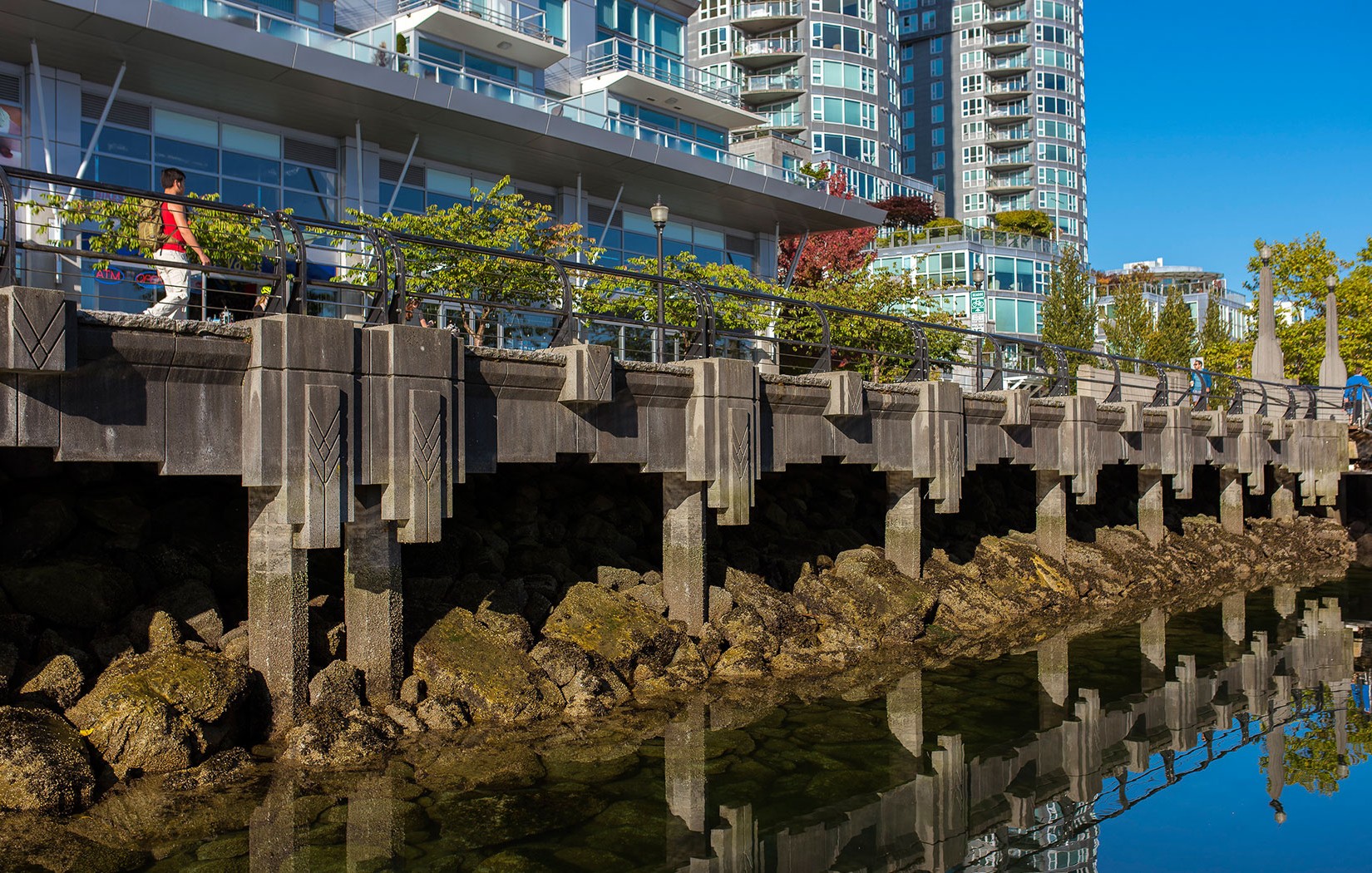 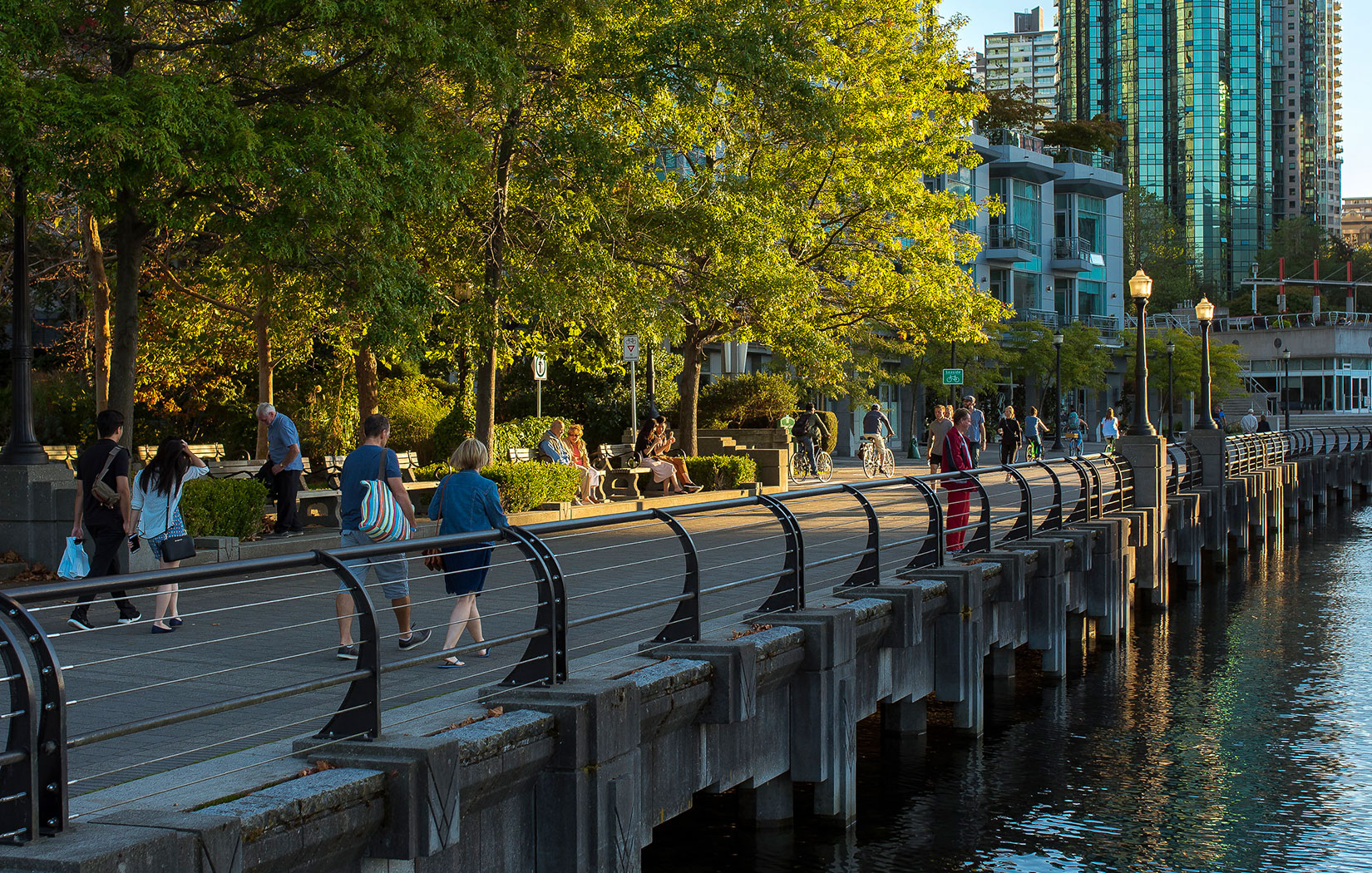 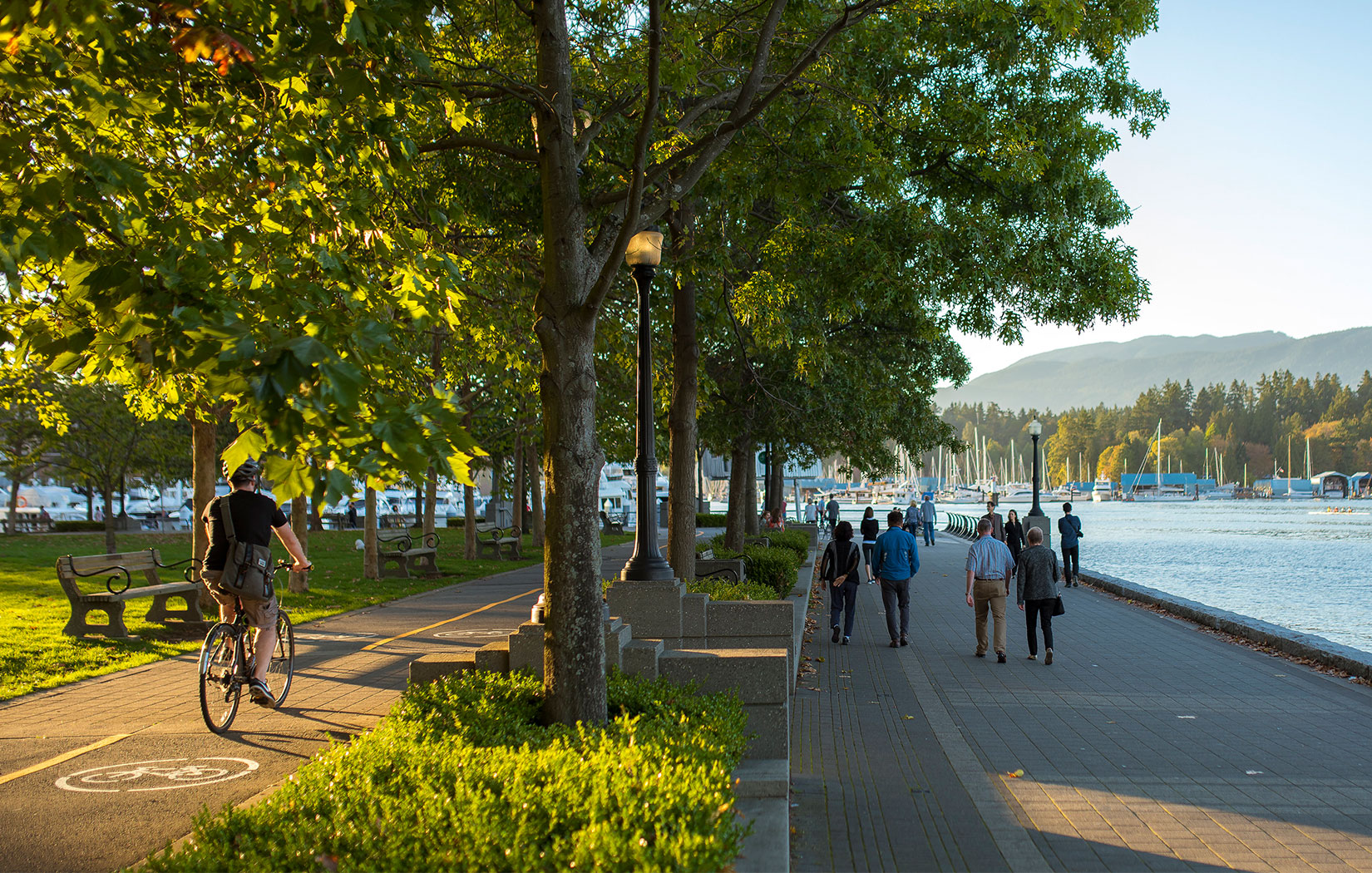 PFS Studio was the landscape architect for the initial phase of the redevelopment of Coal Harbour, one of the first private developments to reimagine and repurpose a massive area of Vancouver’s post-industrial waterfront. Coal Harbour has become the premier address in Vancouver’s downtown peninsula, in part due to its high quality architecture and public realm. In addition to the spectacular views and proximity to Stanley Park, the neighbourhood is endowed with a waterfront promenade and public park.

PFS Studio was the prime consultant, in collaboration with Sandwell Engineering, responsible for many of the open spaces delivered in the initial development phase for the “Marina” neighbourhood. This included much of the Hastings and Cordova streetscapes, the westerly portion of Harbour Green Park and the adjacent seawall and promenade – stretching all the way from Jervis Street to the Bayshore Inn at Cardero Street. The design and materials palettes were created as a contemporary interpretation of the art deco motifs in Stanley Park to the west and of the adjacent historic Marine Building to the east. This precedent setting design vocabulary was subsequently utilized throughout Coal Harbour as the more comprehensive development was built out.