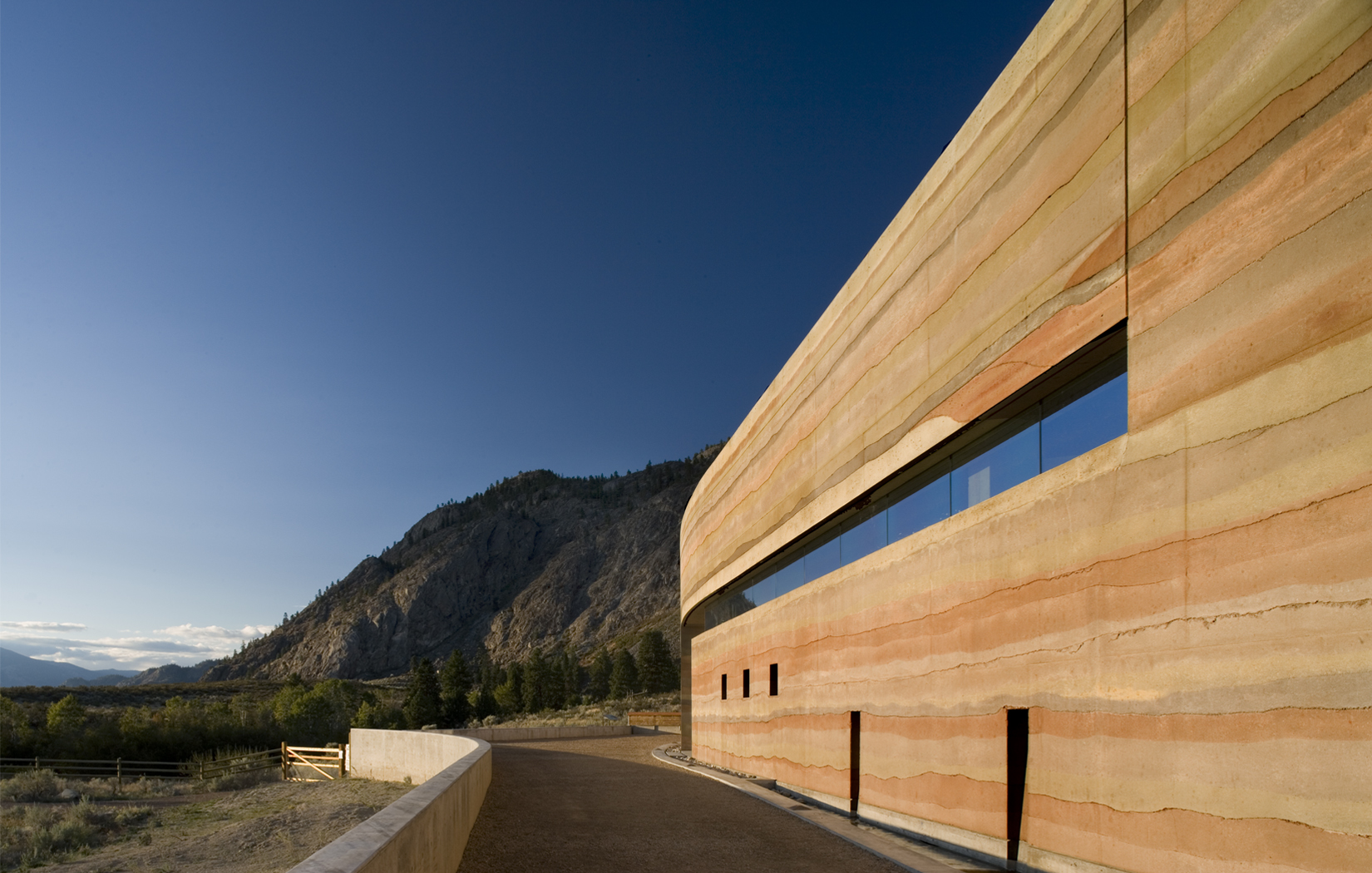 Through the use of local materials and indigenous plants PFS Studio and its collaborators created a design that is sensitive to the environmental and cultural context in which it is situated.

PFS Studio was a member of a collaborative team led by HBBA, for the Nk’Mip Desert Cultural Centre in Osoyoos, British Columbia, which is part of a larger 200-acre master plan. The design explored the area’s rich past and the transformative nature of First Nations culture, guided by the principles of sustainability and stewardship.

The program developed by PFS utilized indigenous plants, a subdued palette, local materials, an innovative water collection system and a green roof. The native shrubs and grasses, grown by local nurseries, further supported the notion of a self-sufficient landscape.

Royal Architectural Institute of Canada (RAIC) and The Canada Council for the Arts, Governor General’s Medal in Architecture, 2008