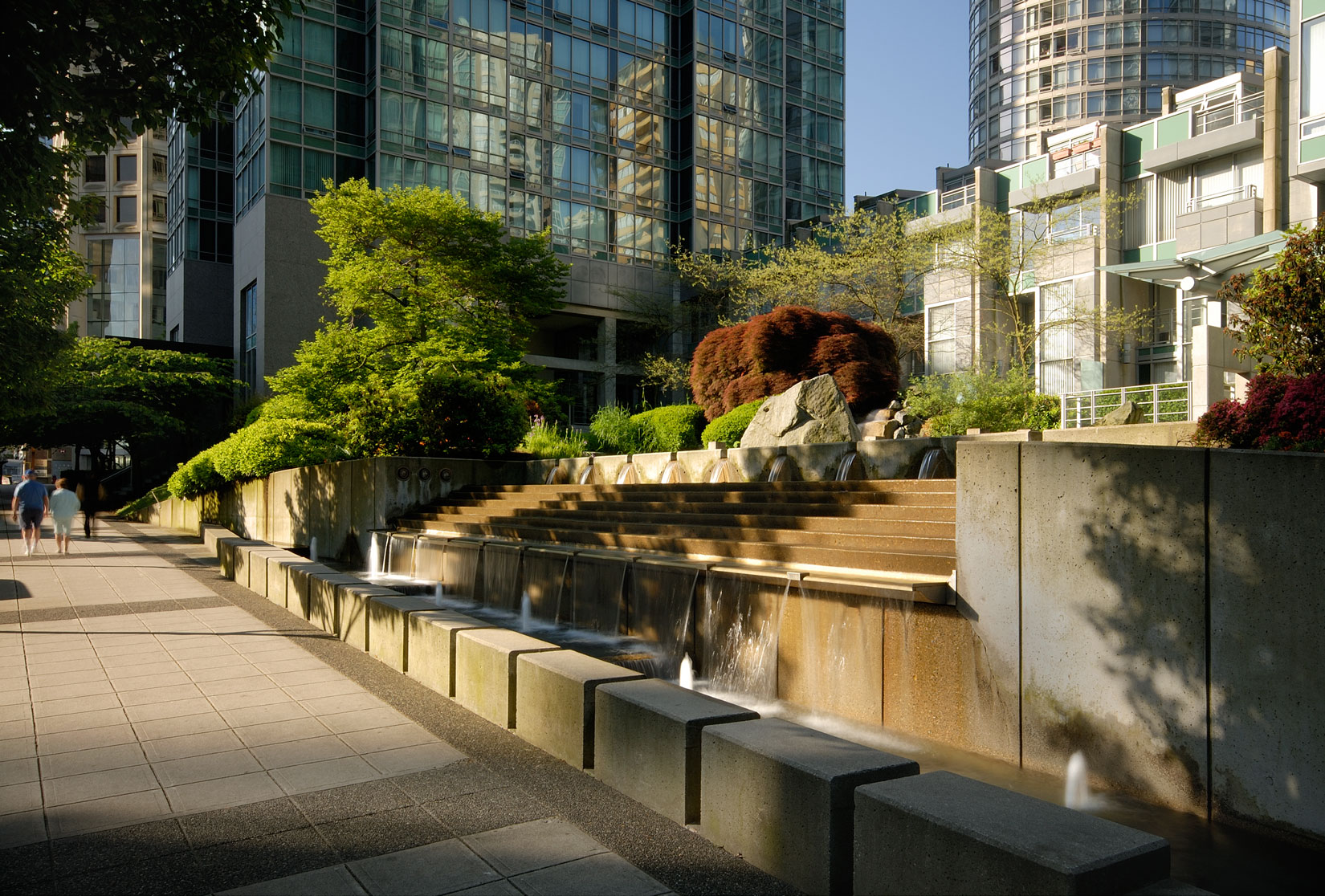 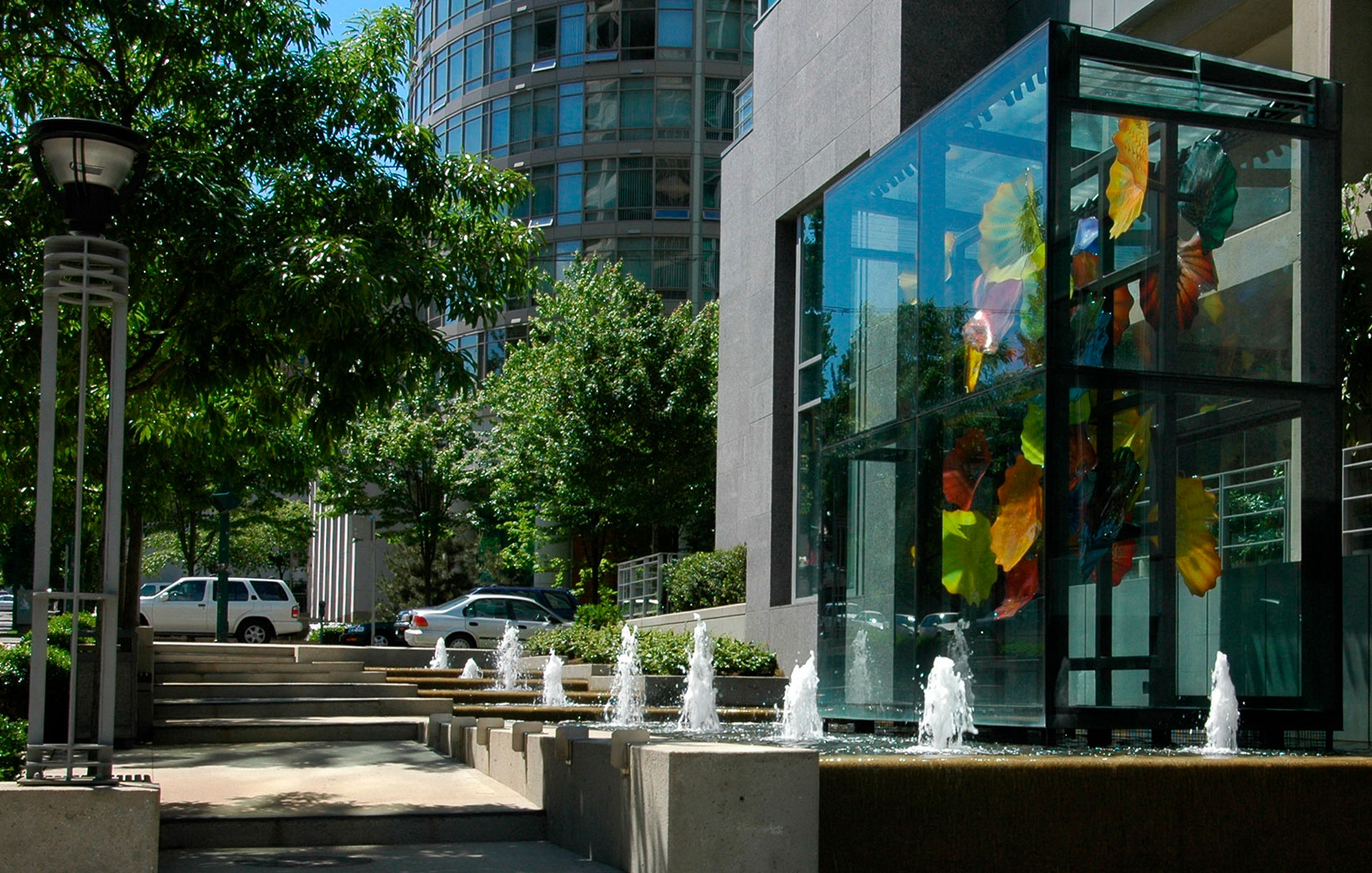 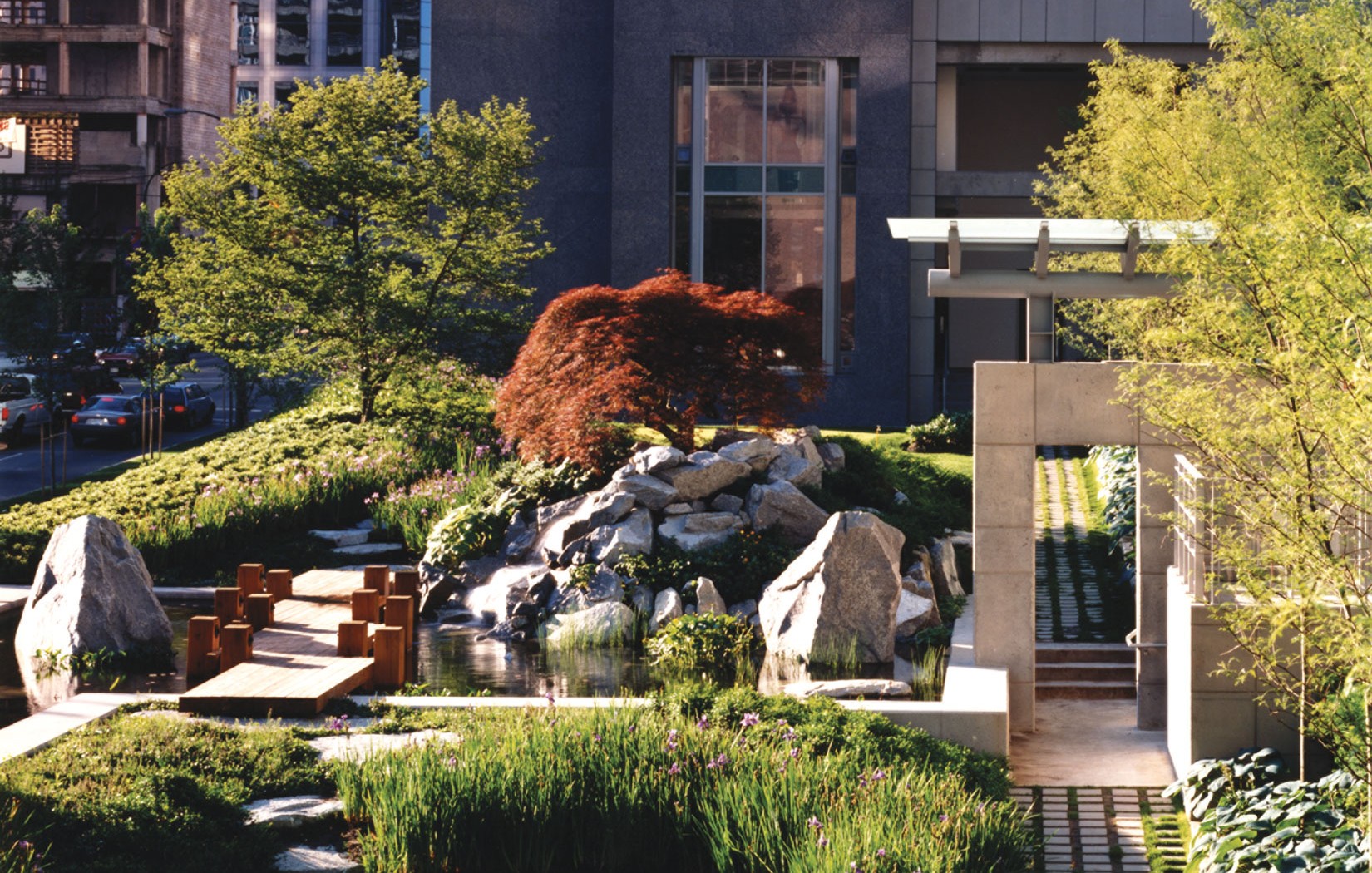 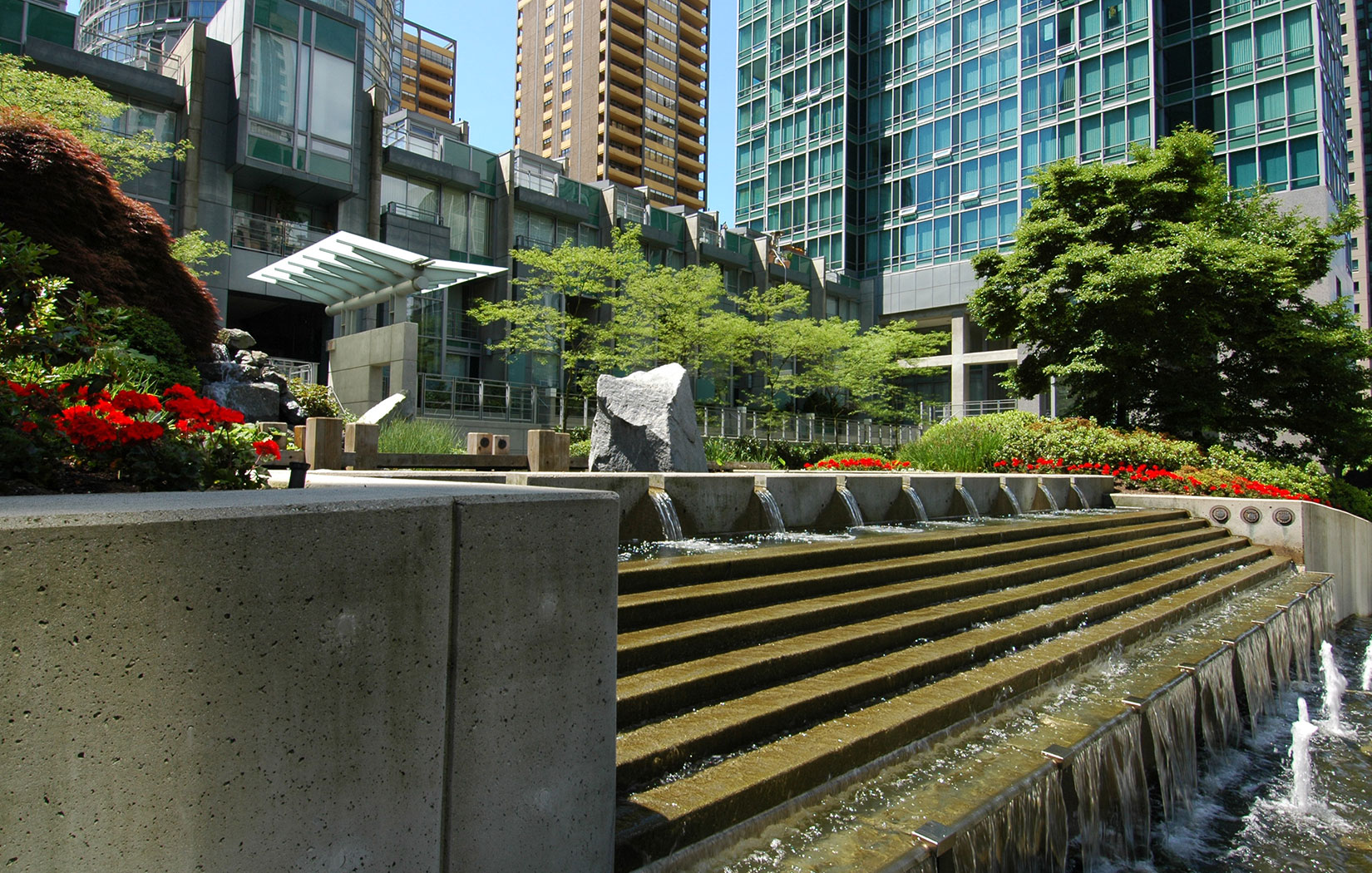 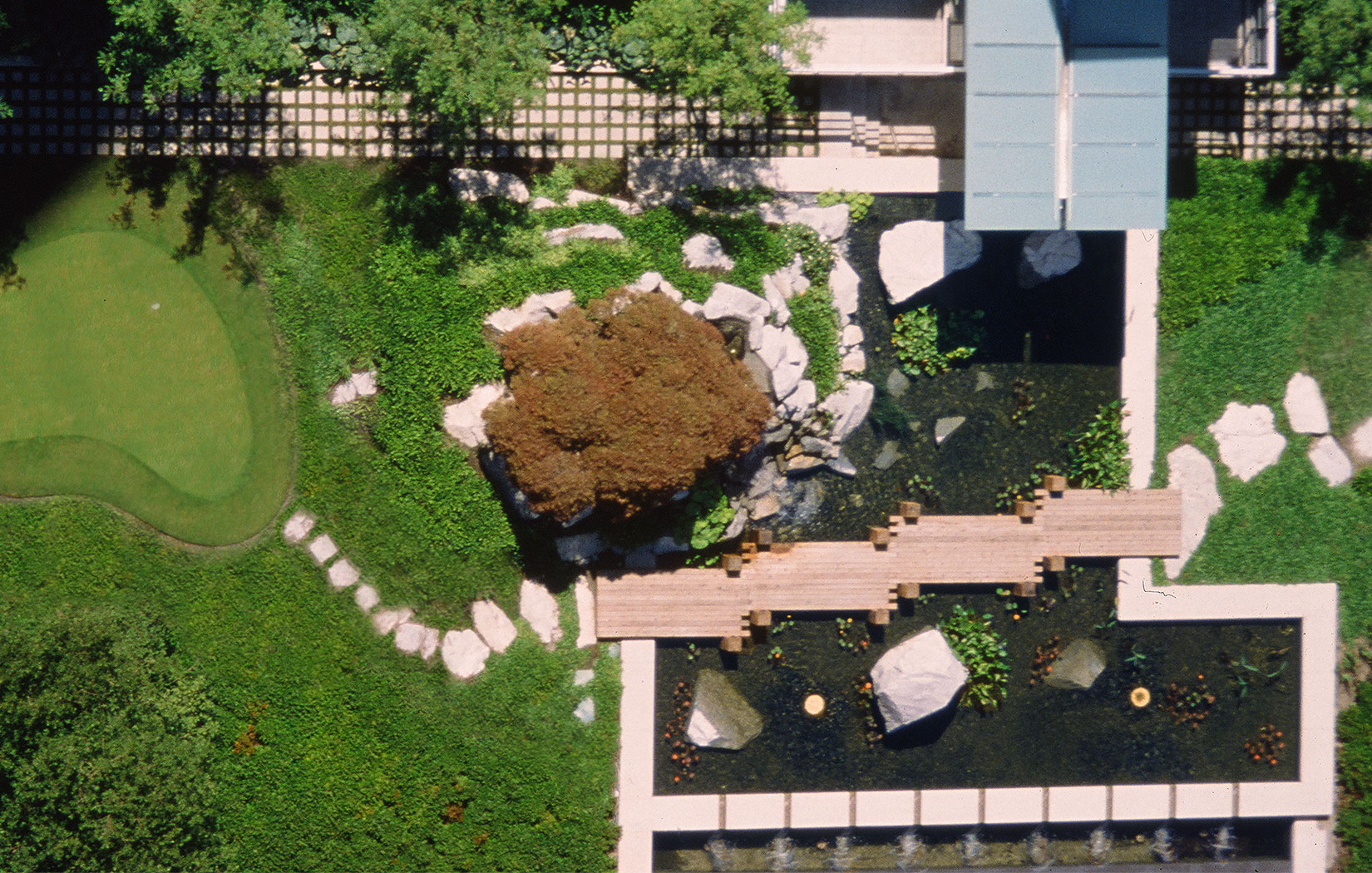 The Residences on Georgia comprise an entire city block fronting Georgia Street, downtown Vancouver’s ceremonial street. It was one of the first podium point tower buildings, which would became the trademark architectural and landscape style of Vancouverism. The point tower/podium arrangement led to a better street frontage and more functional and well detailed private open spaces, commensurate with the scale of the project, to be integrated over parking and other below grade uses, while being visually accessible to the passing public.

PFS Studio worked closely with the James KM Cheng team to achieve a design that contributed to the visual interest of the adjoining public streets with a public art element, varied plantings, and a substantial water feature along both Georgia and Bute streets.