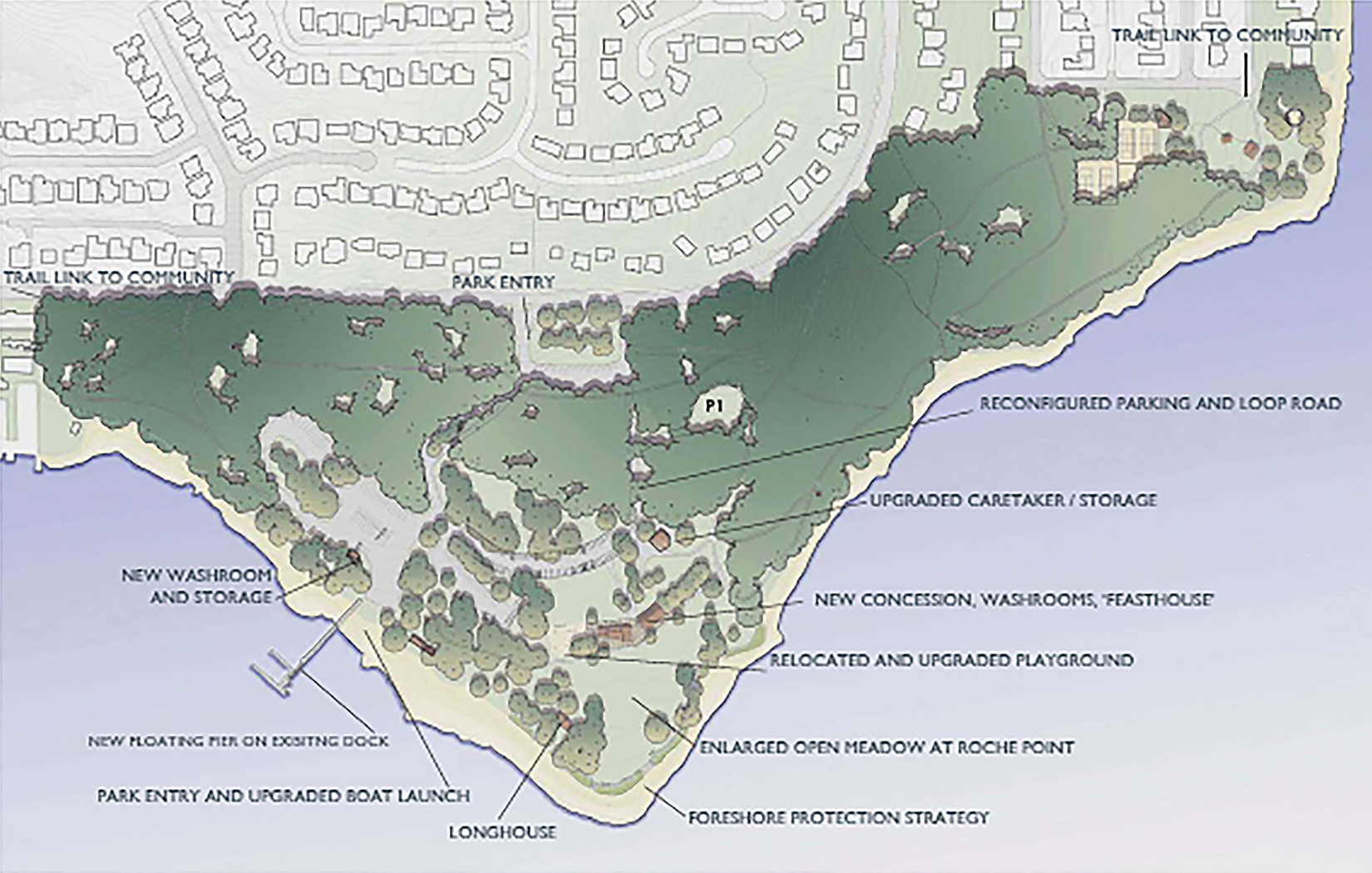 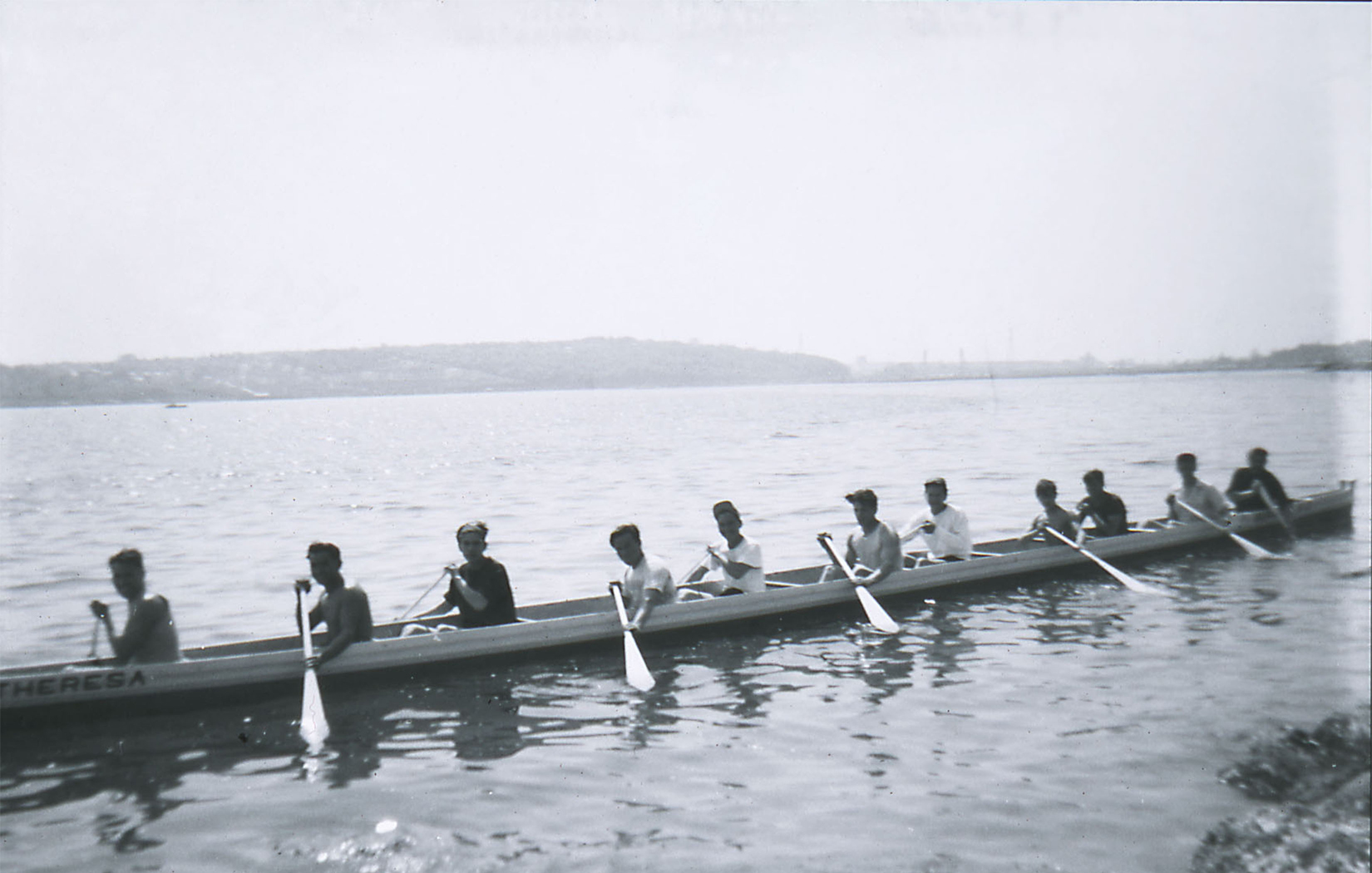 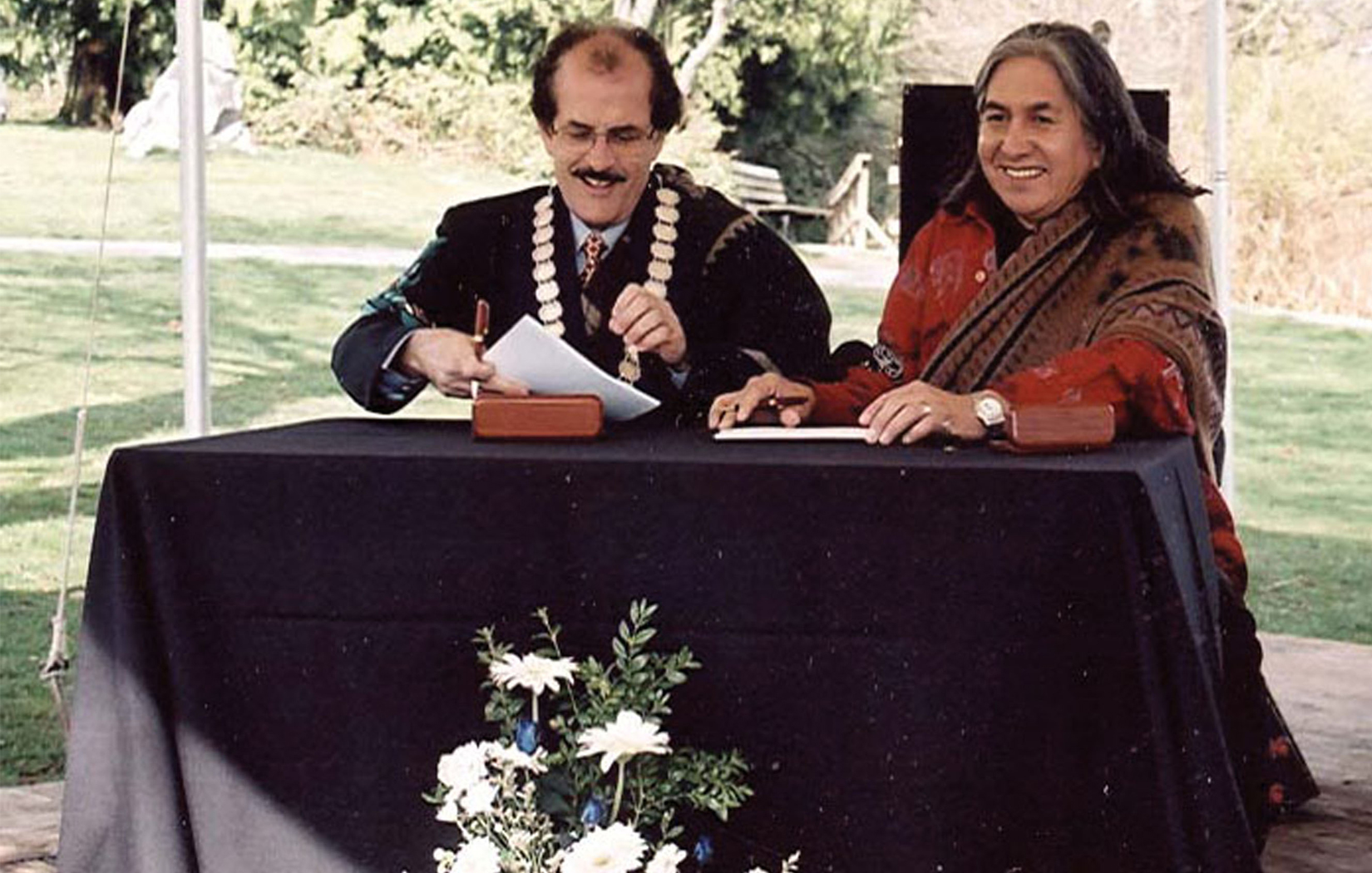 Through a consensus building approach PFS directed the stakeholder and public process of this dynamic and innovative plan for the joint management of a pre-eminent waterfront community park in North Vancouver.

The client was comprised of representatives of both the District of North Vancouver and the Council of the Tsleil-Waututh First Nation. The plan recognized the site as both an important public open space and a significant heritage resource which was interpreted to successfully convey its complex history and present its archaeological resource with a focus on its many centuries of use as a Coast Salish settlement. Other historic layers considered included it’s past as one of Vancouver’s earliest sawmill communities and years of squatter occupation, including by Malcolm Lowry who penned Under the Volcano there.

The centrepiece of the plan involved the rebuilding of modest public amenity buildings while avoiding any impact on archaeological resources. The proposed architecture of the new structure was inspired by the traditional shed roof houses of the Salish as documented by early European settlers. The facility will have space for educational tours, performances and the display of interpretive cultural materials including the historic Tsleil-Waututh canoe house on-site.