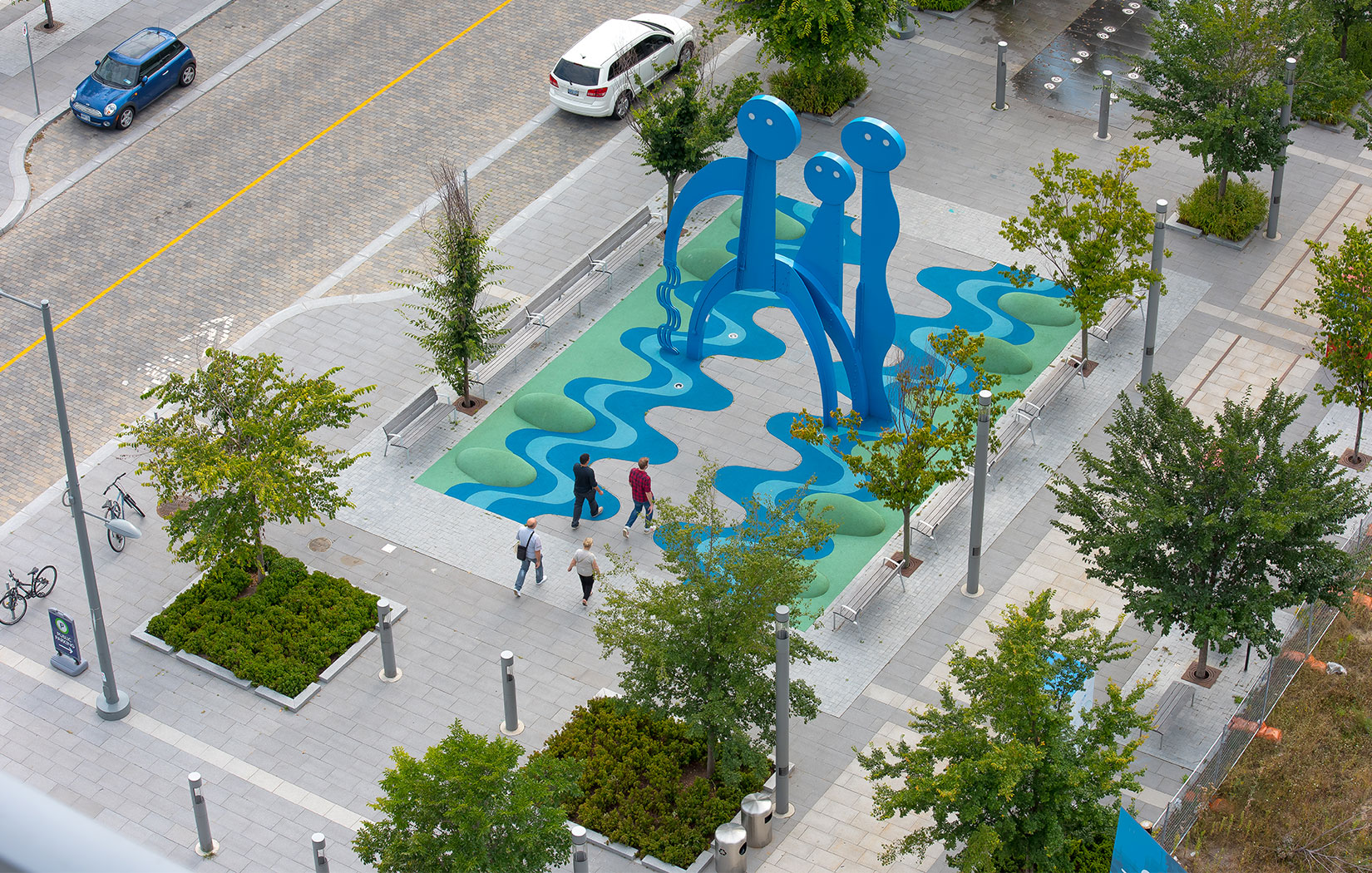 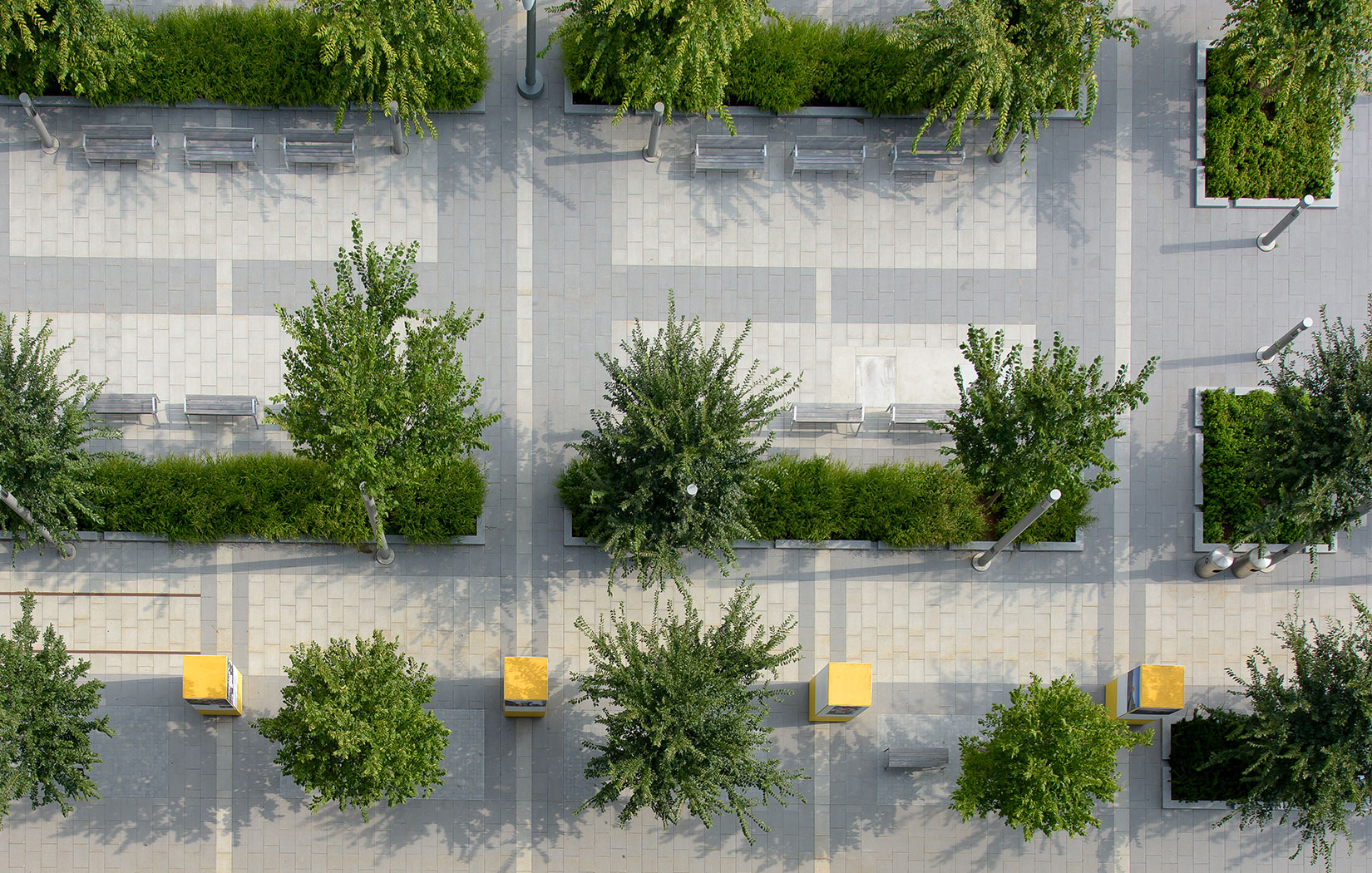 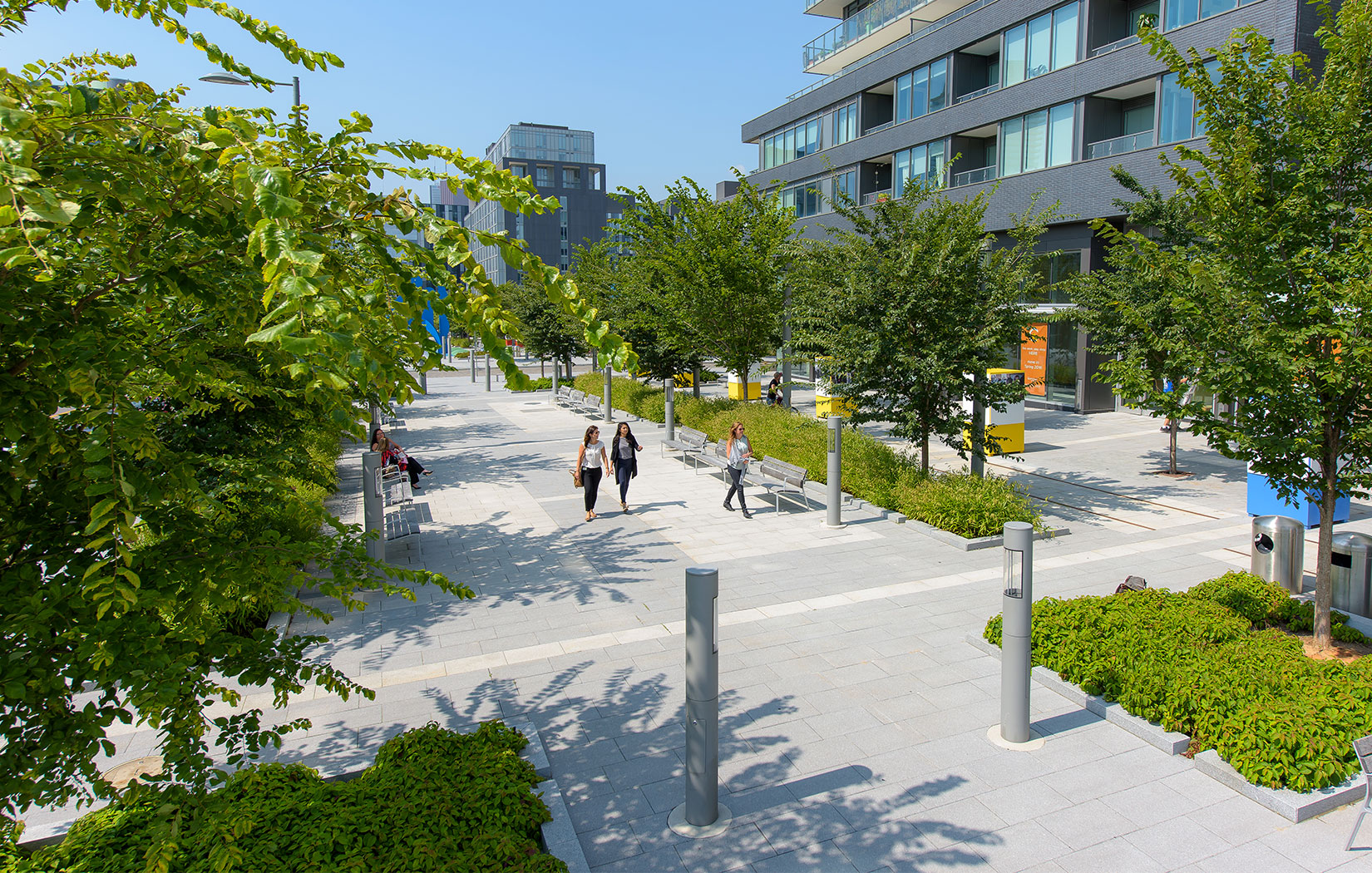 Front Street East Promenade and Park, the open space heart of the West Don Lands, is both a street and a park. It extends Corktown Common westward towards the city as a bold new green street. PFS Studio redesigned a previously wide, axial alignment of Front Street East to an asymmetrical one to offer more pedestrian space along its northern, sunny side. As a result there is ample room for sidewalk cafes, children’s play, impromptu performance and a series of public art installations. The street and park were home to the 2015 Pan American Athlete’s Village proving itself a successful venue for future civic and neighbourhoods gatherings and events.