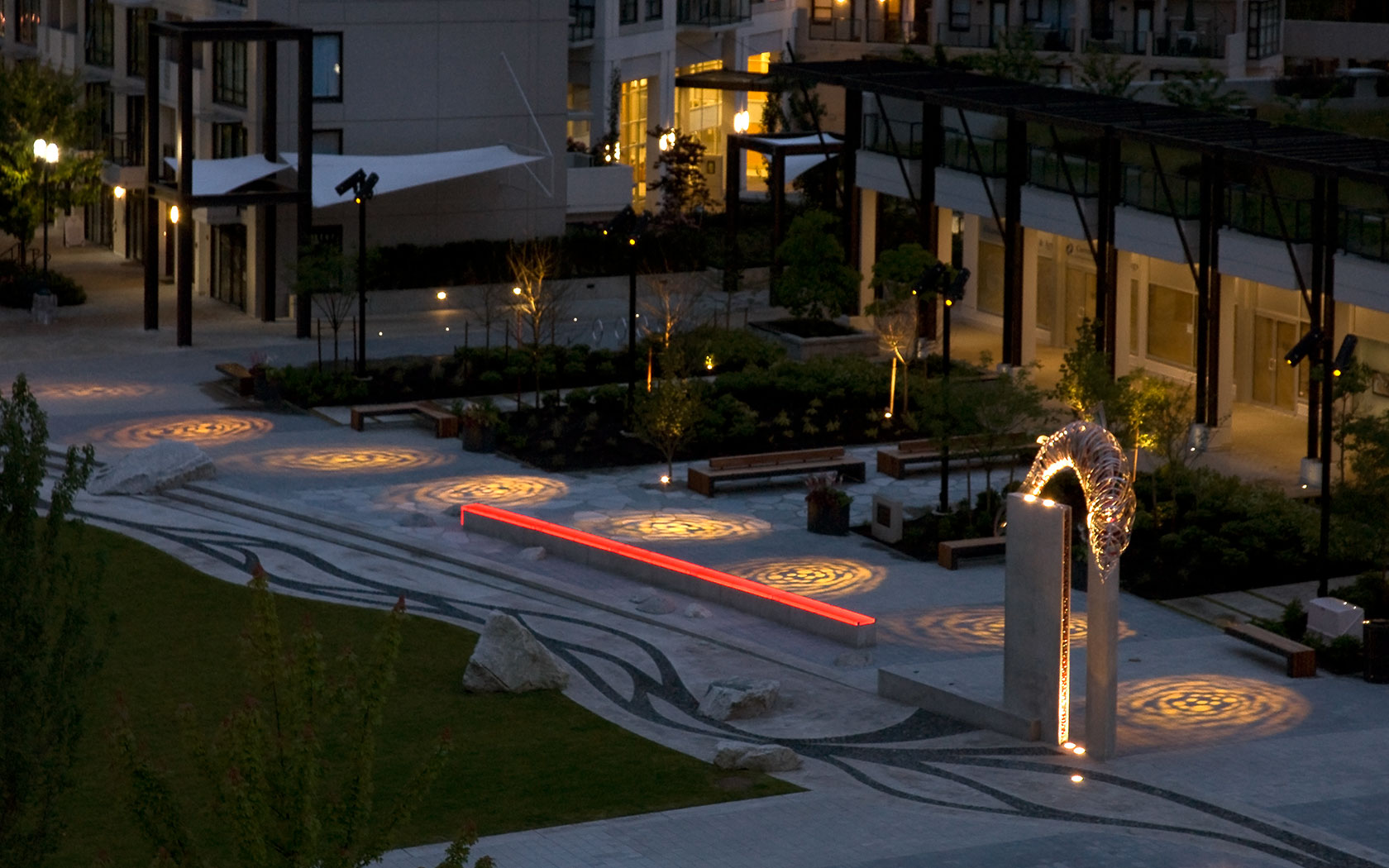 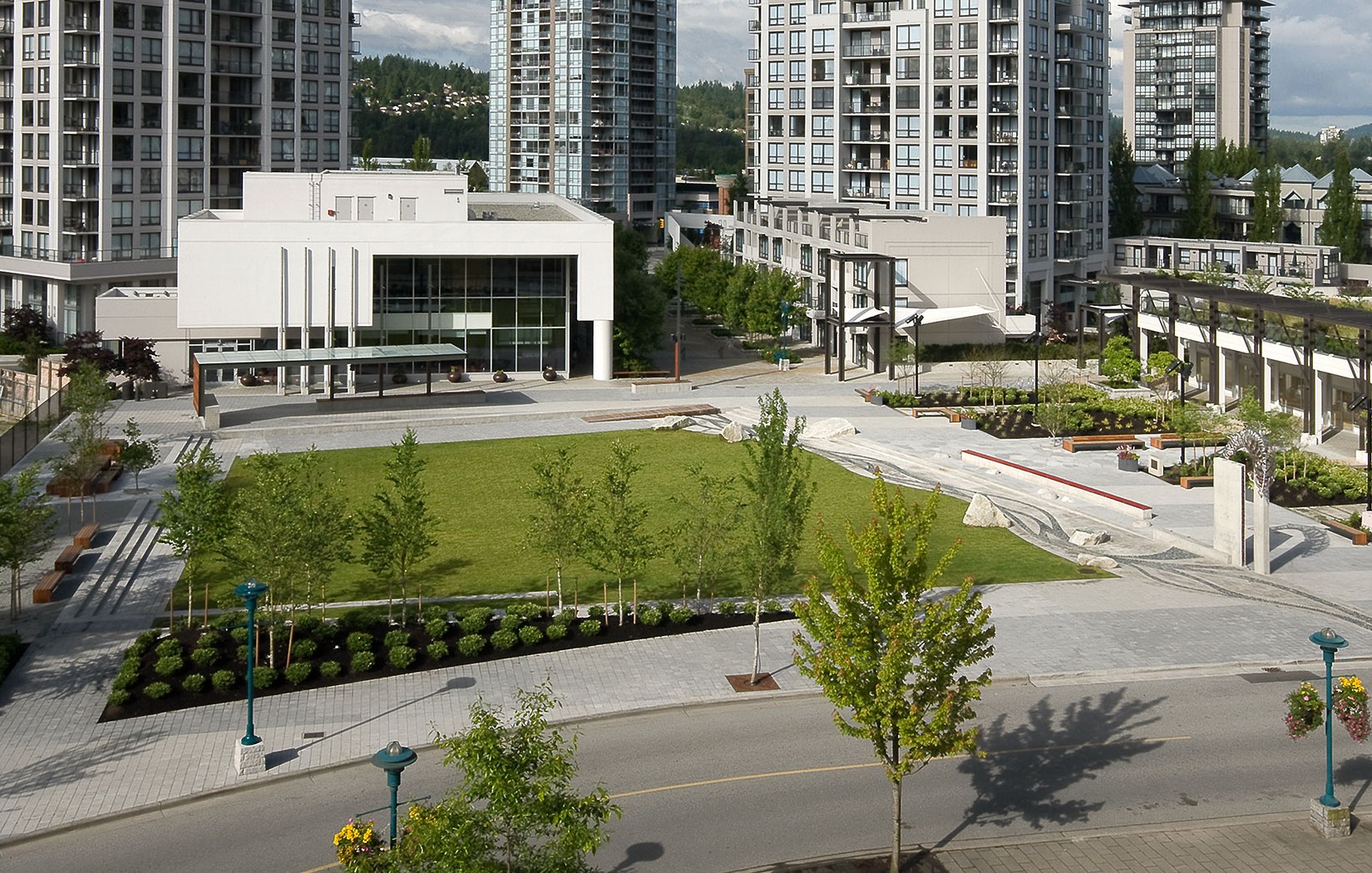 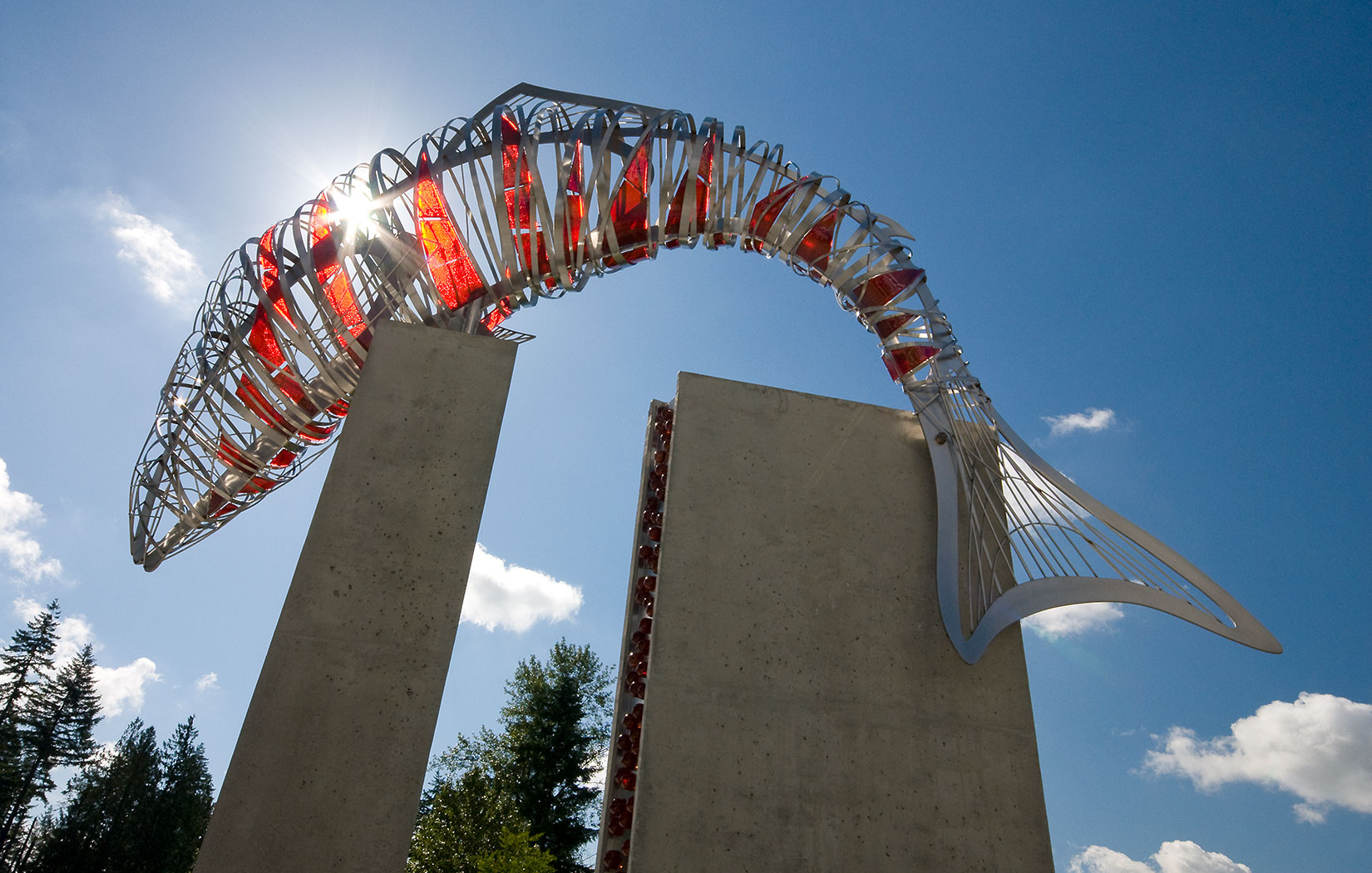 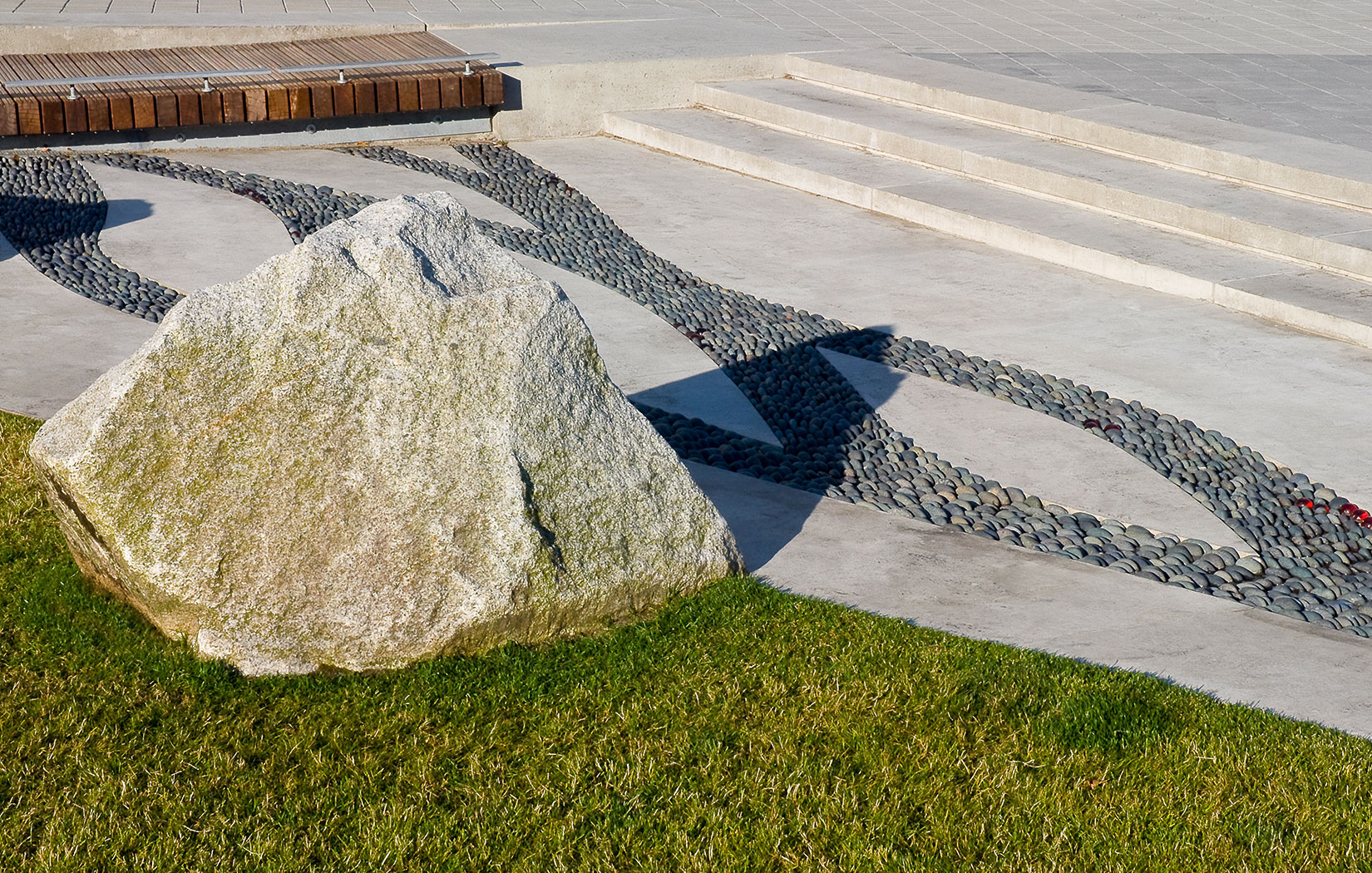 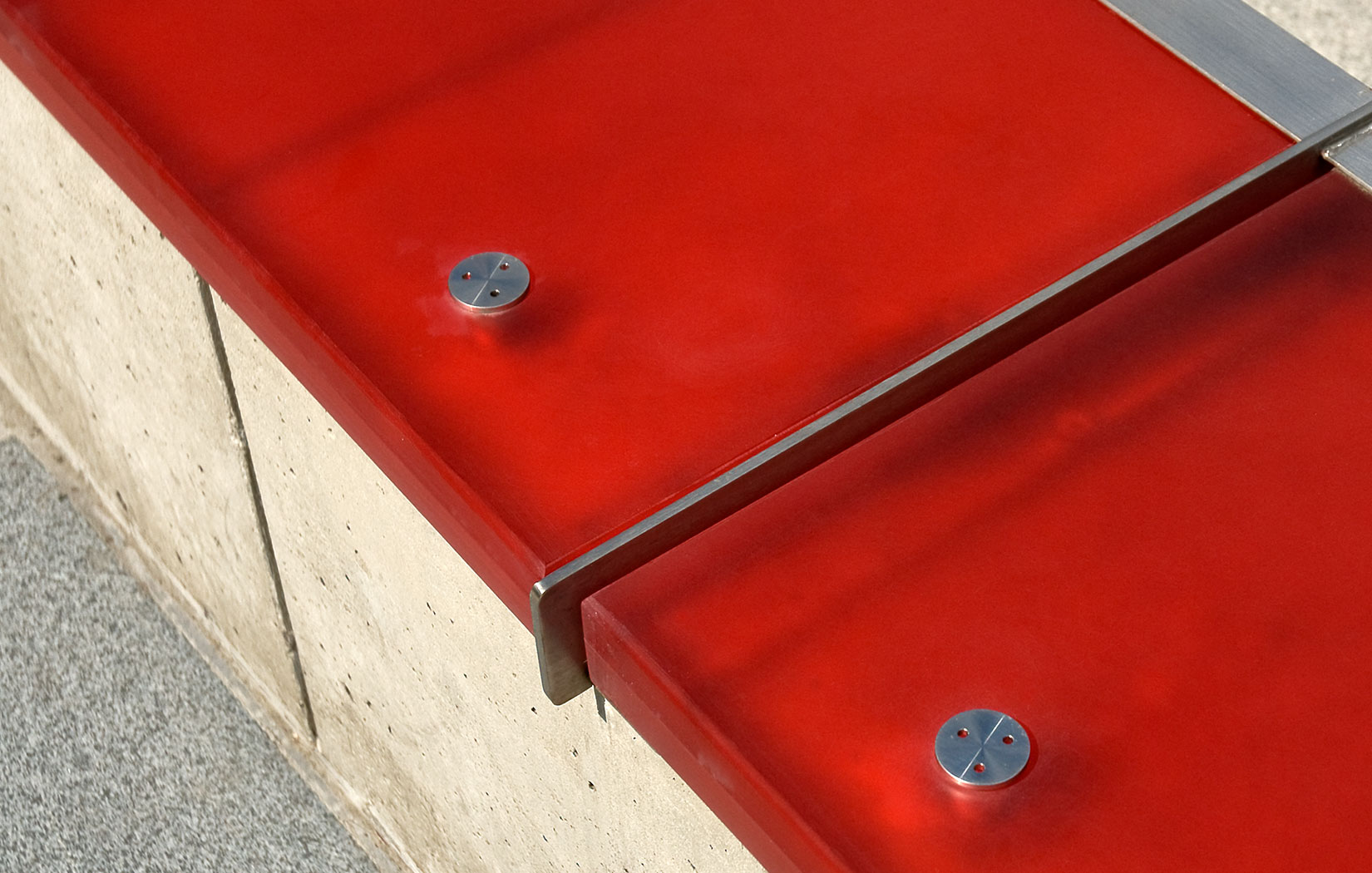 The City of Coquitlam received Spirit Square funding for a new public plaza in the heart of their rapidly developing City Centre. The site completes and revitalizes the public space already implemented across the street and south of Coquitlam City Hall. A key component of the PFS Studio design was a flexible open area that is readily adapted to performances and special events with permanent supports and services for temporary installations.

The symbolism of the salmon or ‘Red Fish’ (the meaning of the name Kwikwetlem) inspired the detailing and public art on the Plaza. This component of the design was critical in recognizing the remarkable success of the Kwikwetlem First Nations in reintroducing native spawning salmon to the Coquitlam River for the first time in a century, and as such is symbolic of the cultural and spiritual revival of this First Nations community.