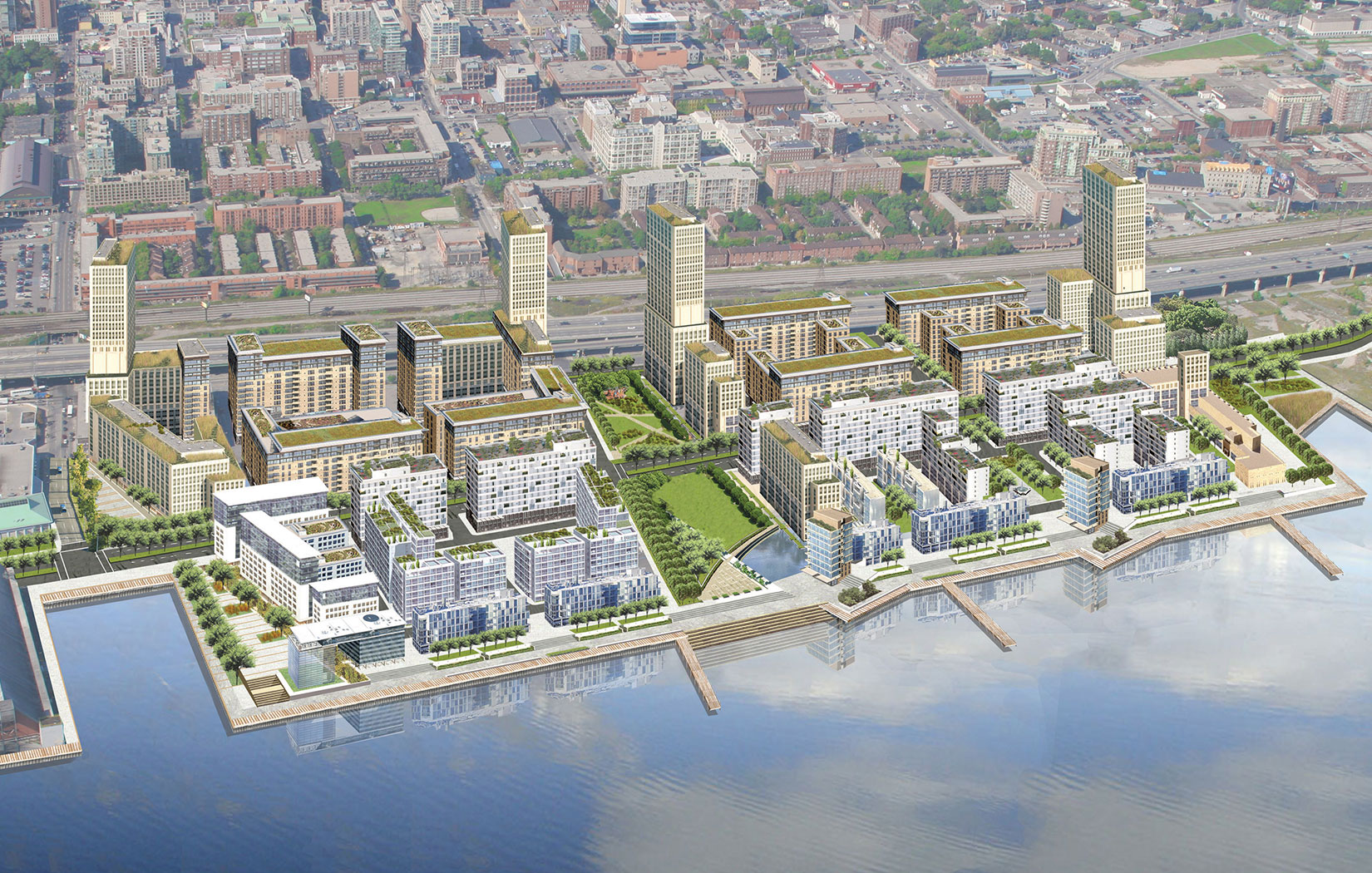 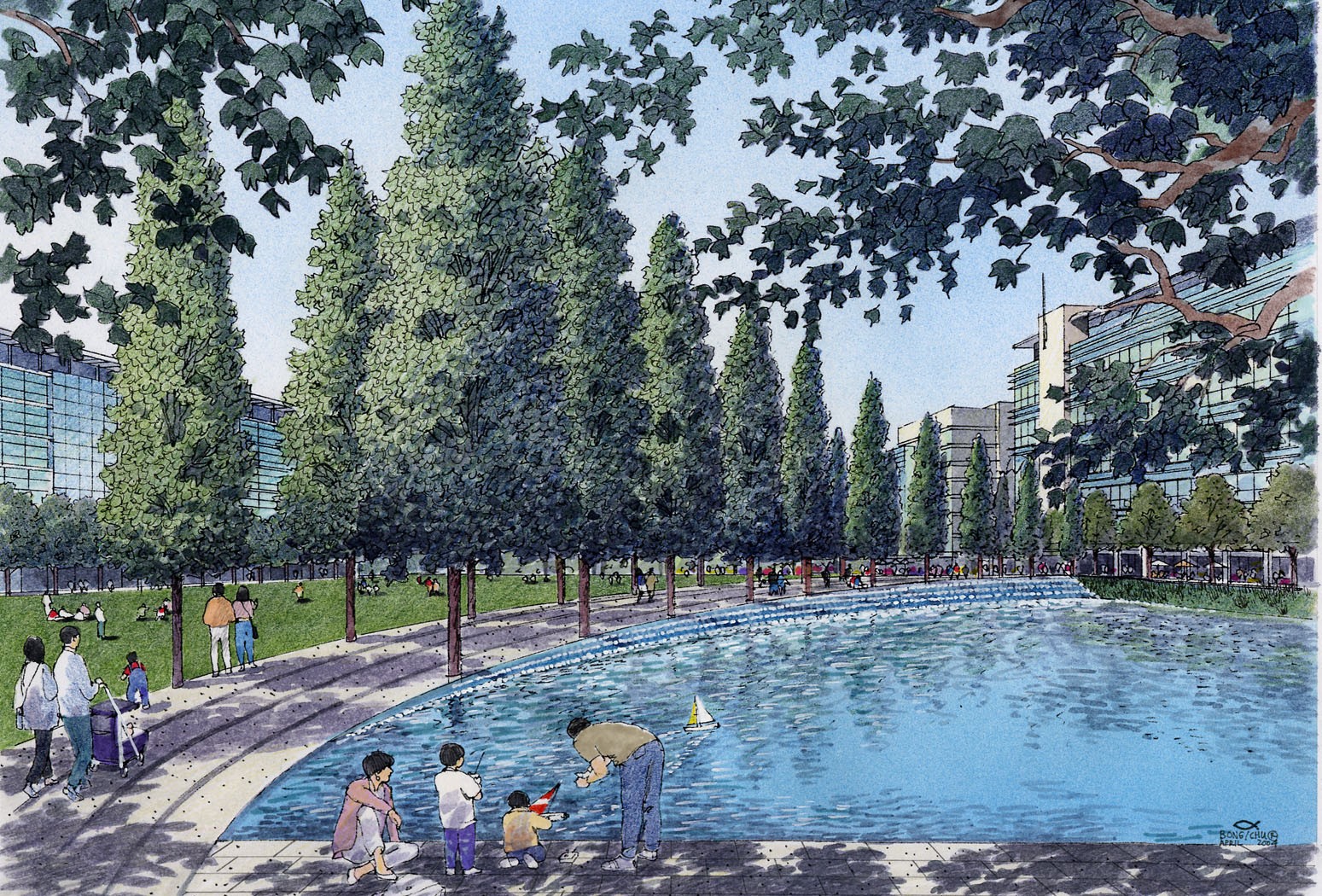 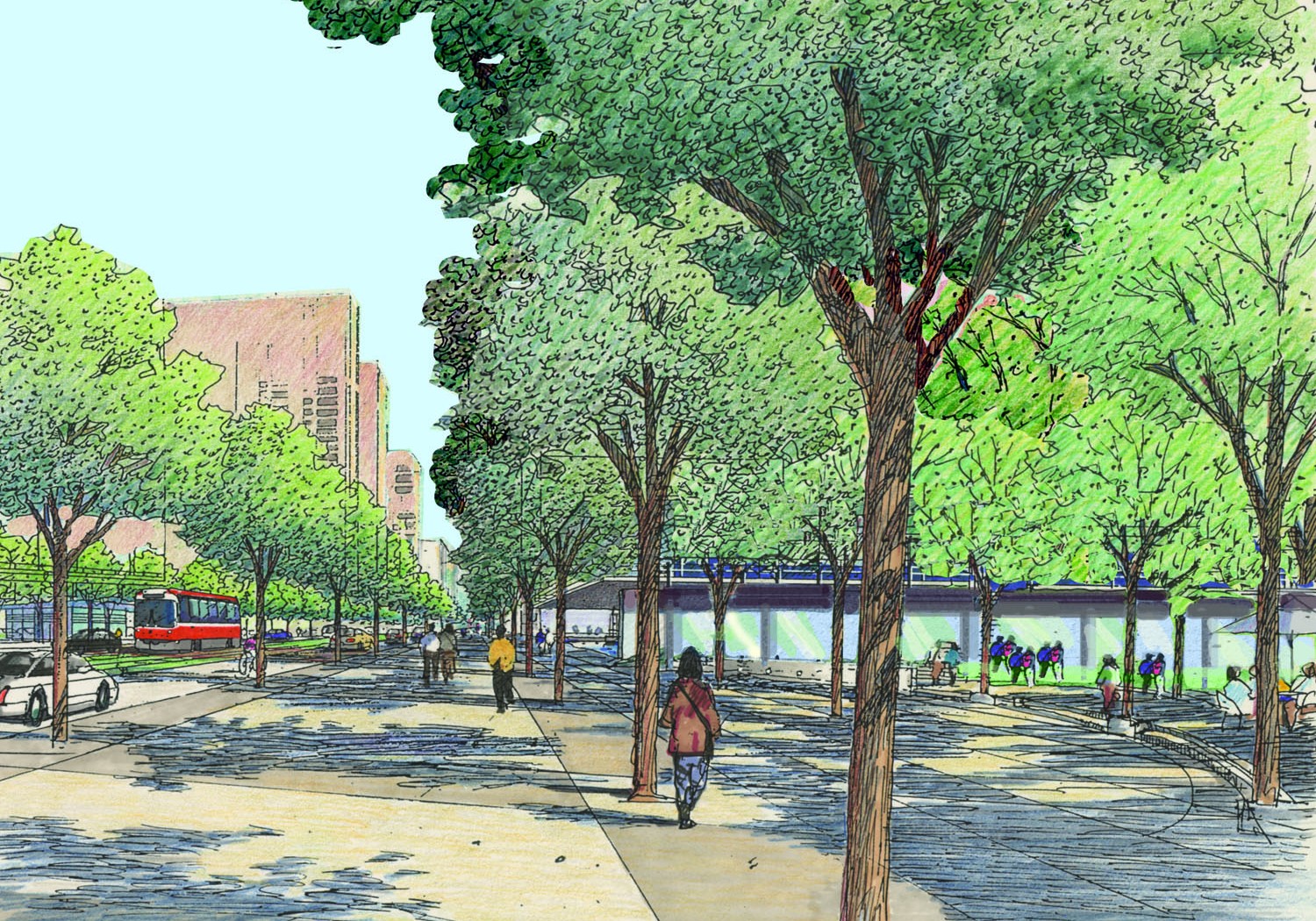 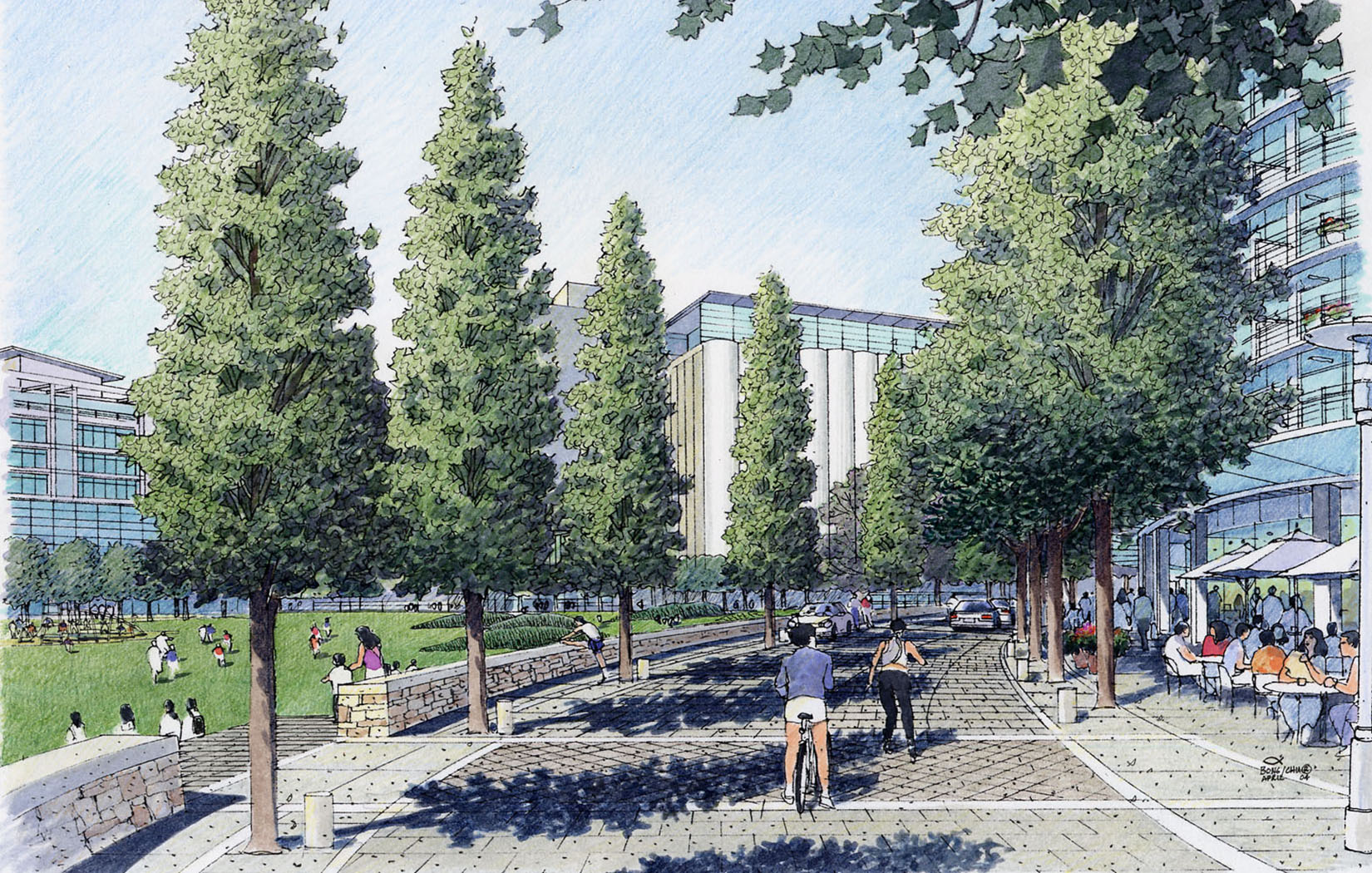 East Bayfront, now known as Bayside and one of the first massive redevelopment initiatives under the direction of Waterfront Toronto, is a planned mixed use community along the urban edge of Lake Ontario. When fully built out, it expects to provide thousands of employment opportunities and accommodate more than 10,000 new residents.

Working with a large multi-disciplinary team led by Koetter Kim Architects of Boston, PFS Studio was responsible for the planning and urban design of community parks, public realm components and streetscape hierarchy. The over-arching principle of the open space planning was to extend the City’s existing street network to the lake and create several important public waterfront spaces connected by a public promenade. The post-industrial context and the site’s history inspired the open space design ideas.

Congress for the New Urbanism, Award of Excellence, 2005