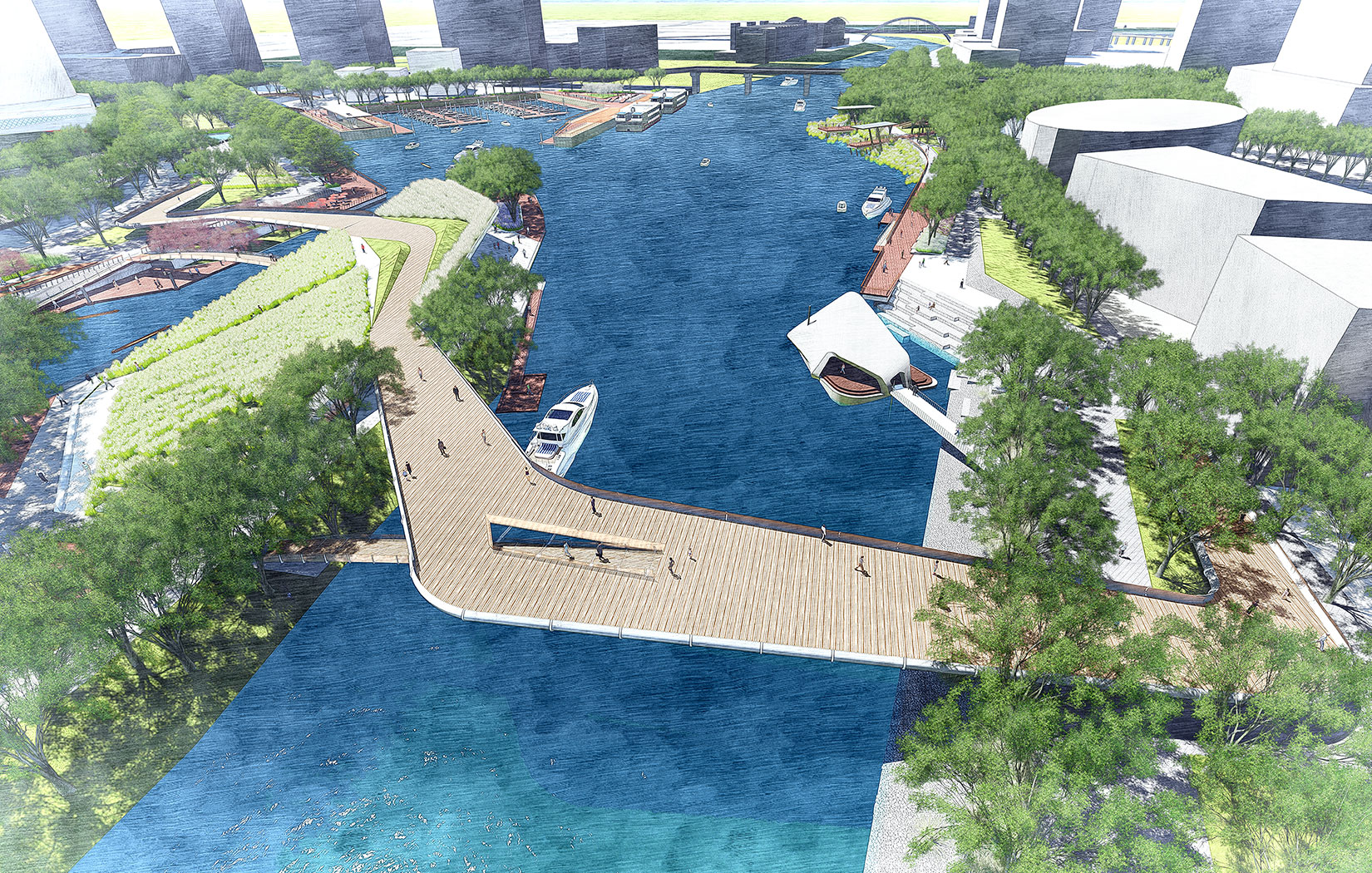 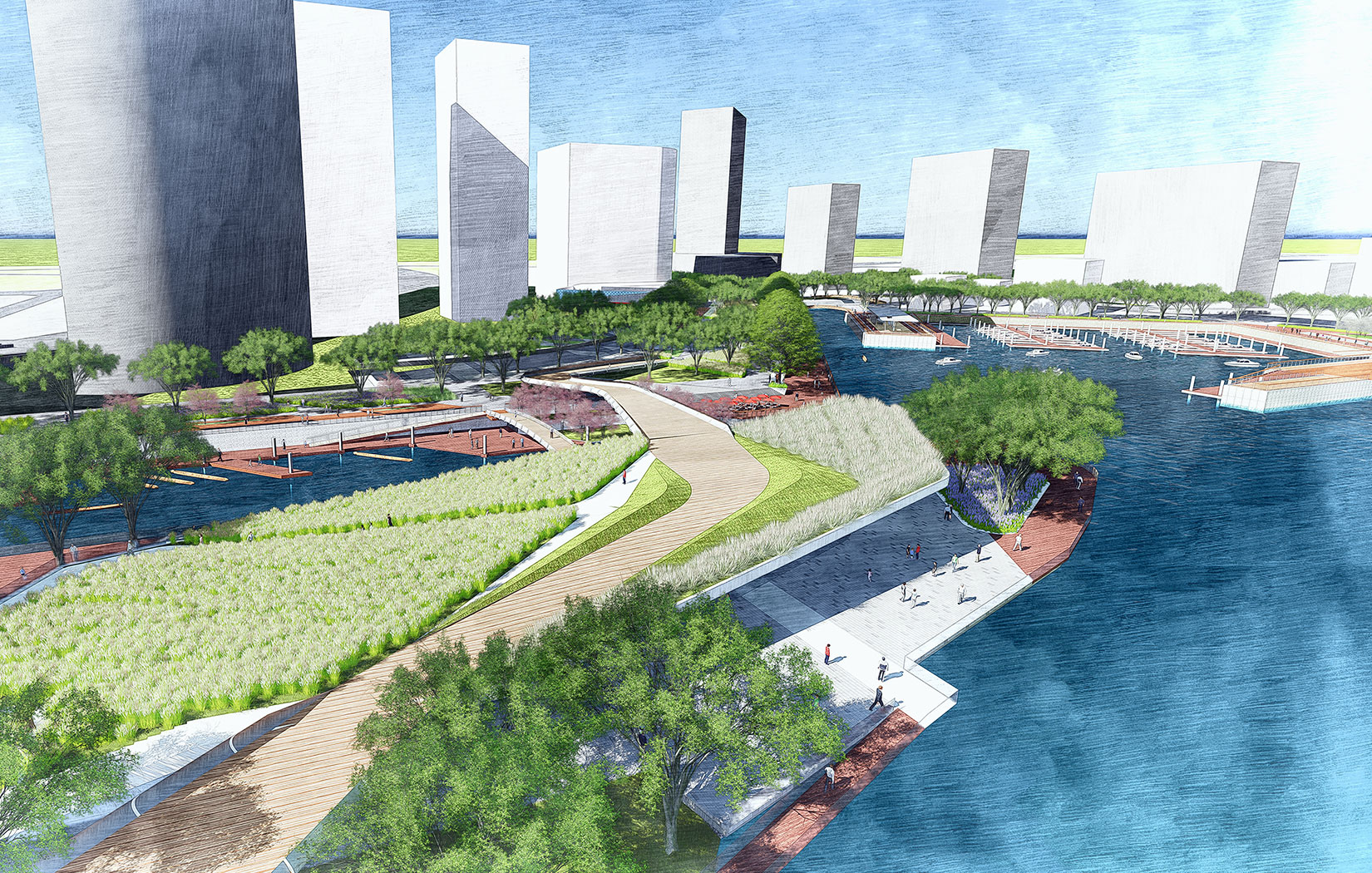 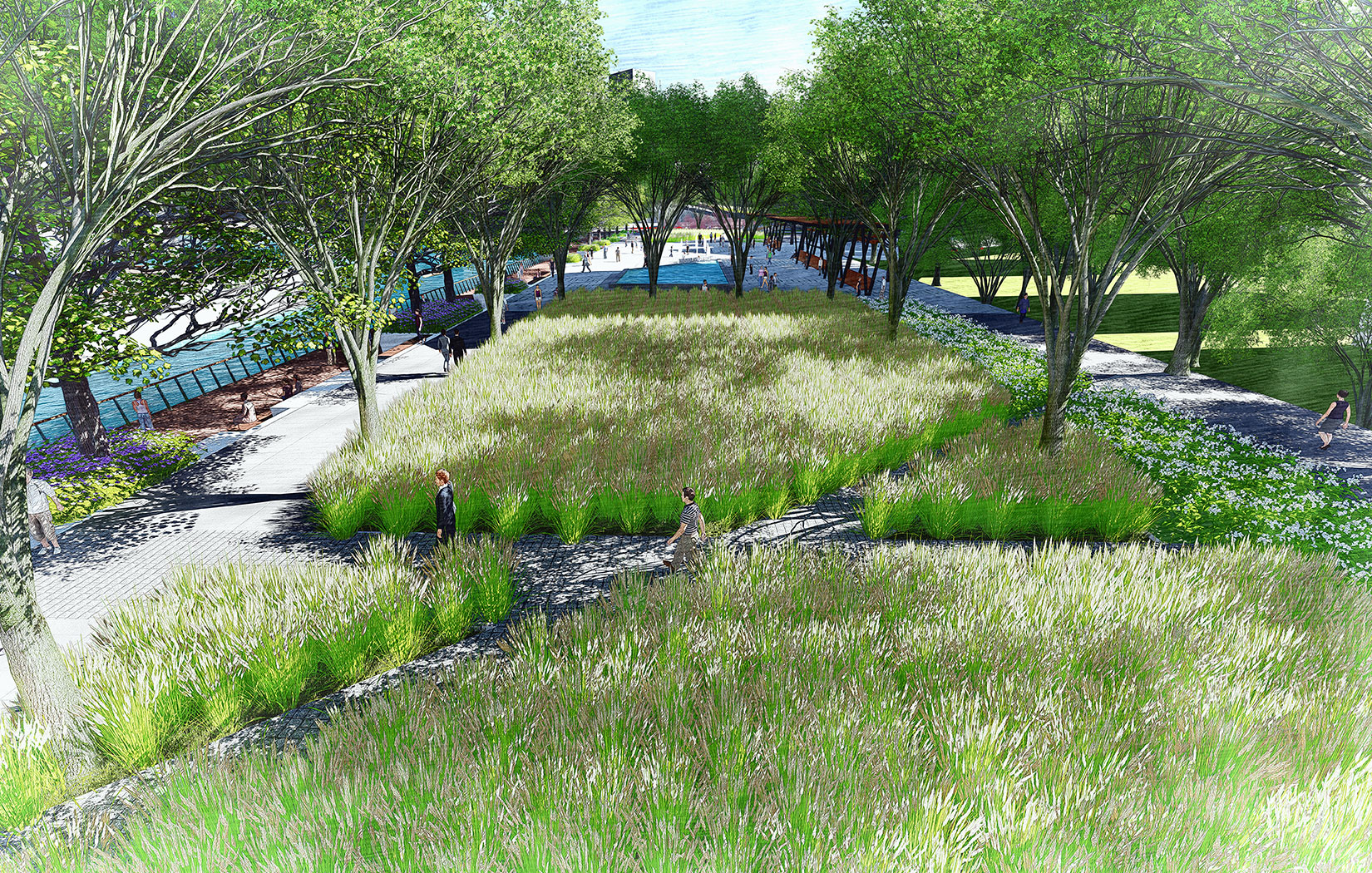 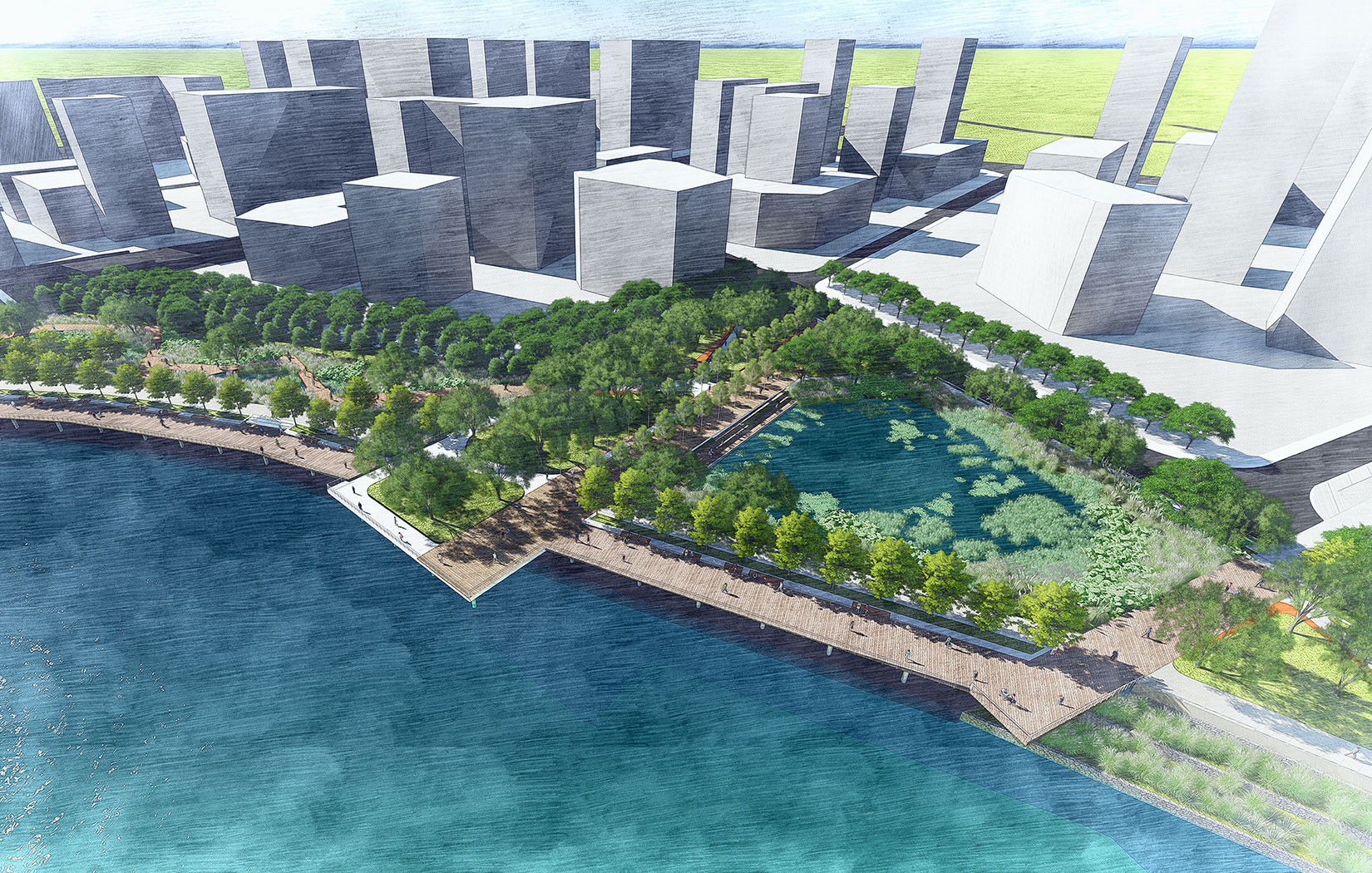 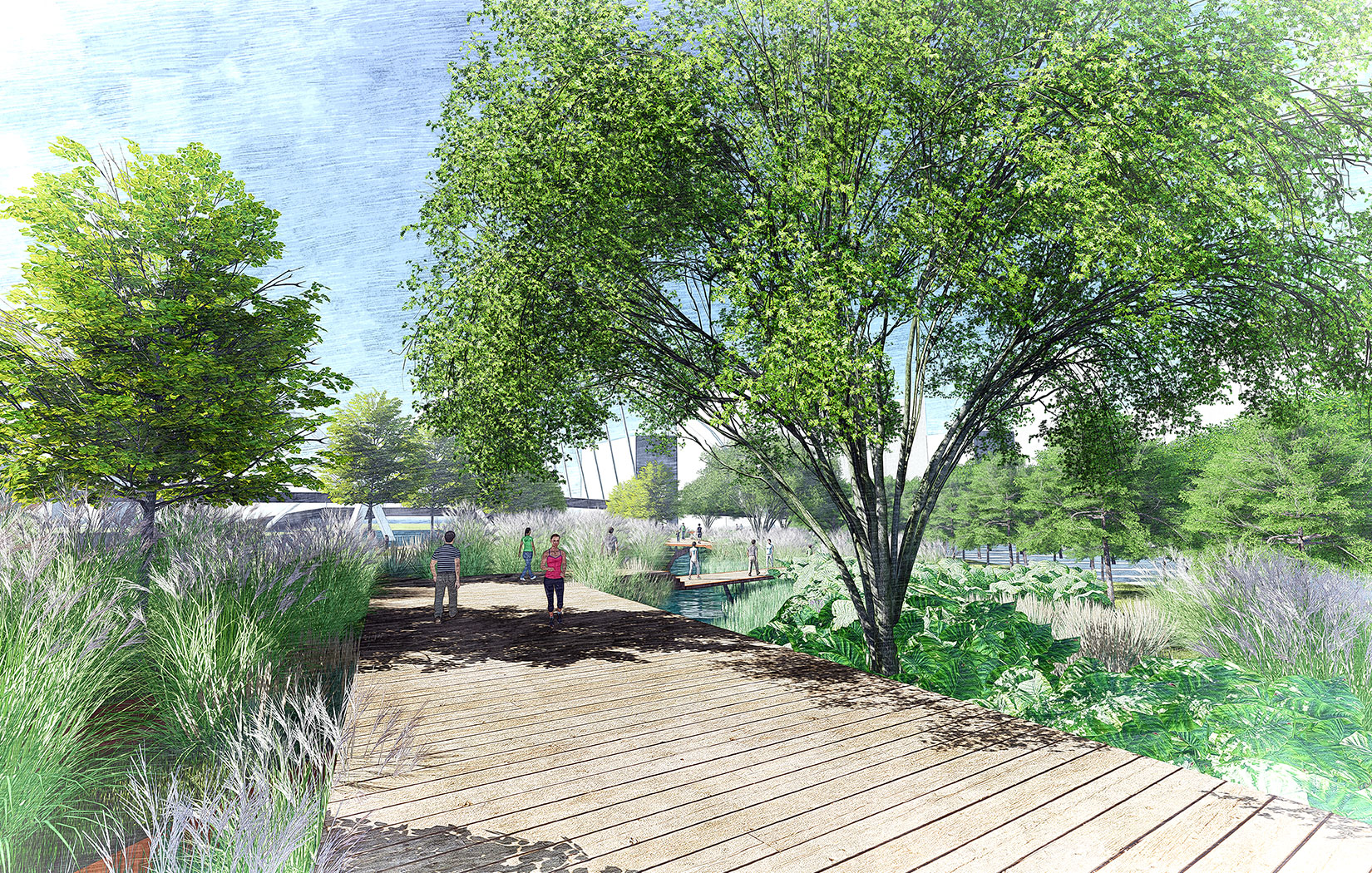 PFS Studio’s 2014 design submission was selected as the winning entry for an international competition to redevelop a complete new waterfront for the expanding city of Foshan, located in the Pearl River Delta area in Guangdong province. The PFS winning scheme devised a series of strategies to modernize the existing edges of the Fen River in response to an ambitious plan that will, over the next decade, create a new center on the northern end of an urban axis that links three components of the city.

Key components of the scheme include a naturalized wetland area, built over top of a state-of-the-art waste water treatment facility that will become one of two large city parks in the area; a centralized commercial riverfront along Foshan Shuidao complete with a marina, plazas, parks and promenades and; a reimagined Zhongshan Park, one of the city’s most important cultural open spaces.