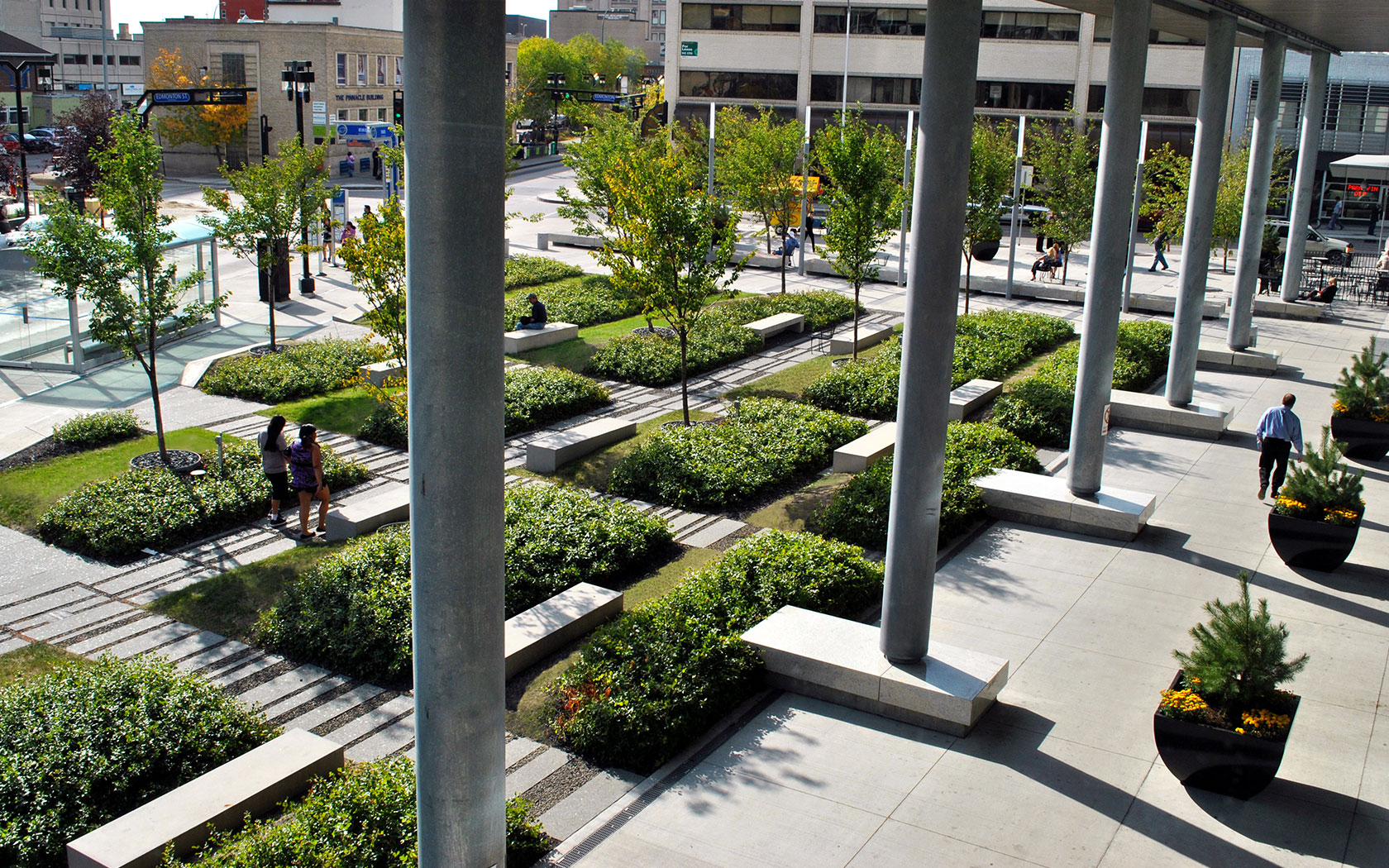 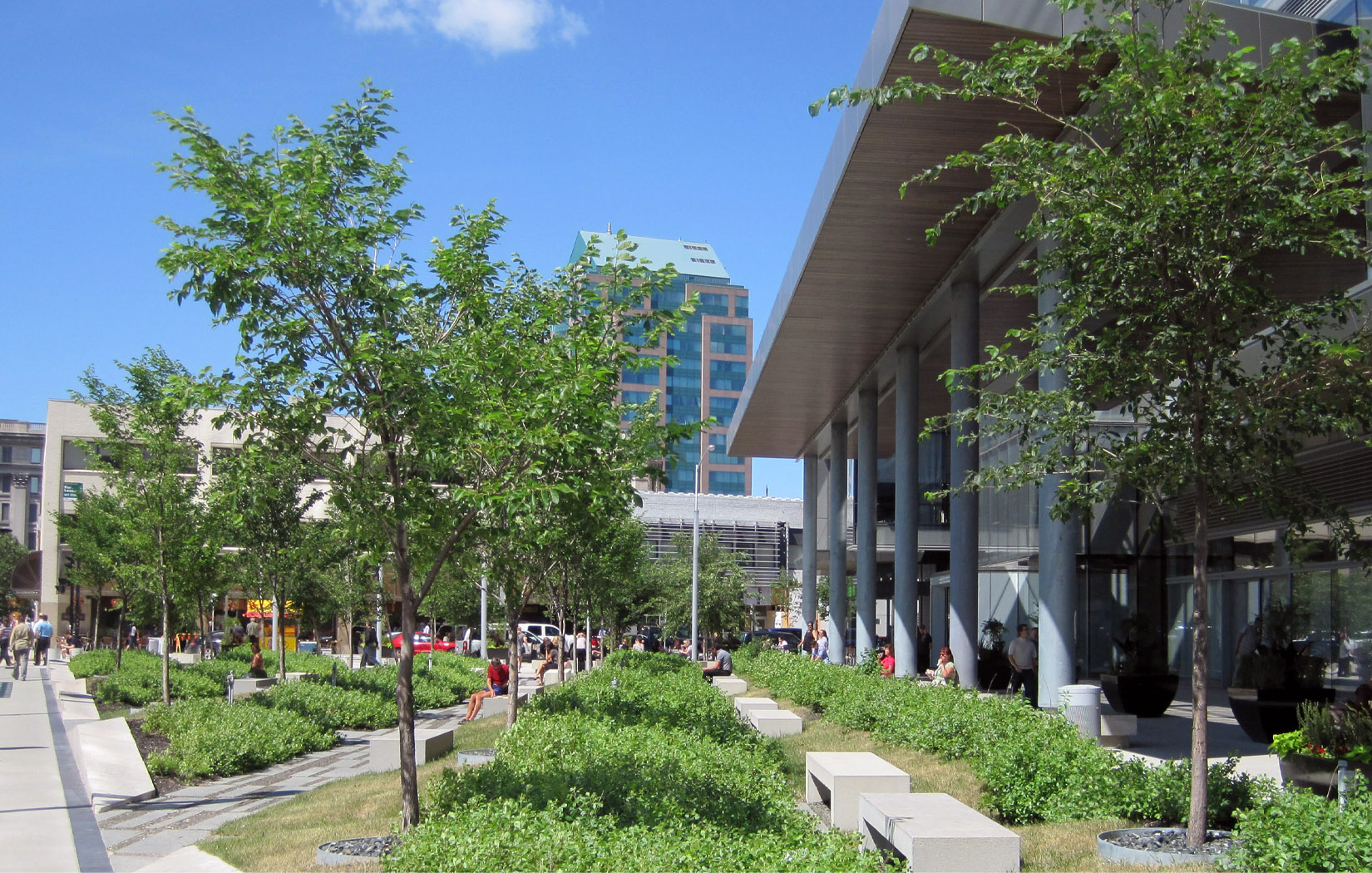 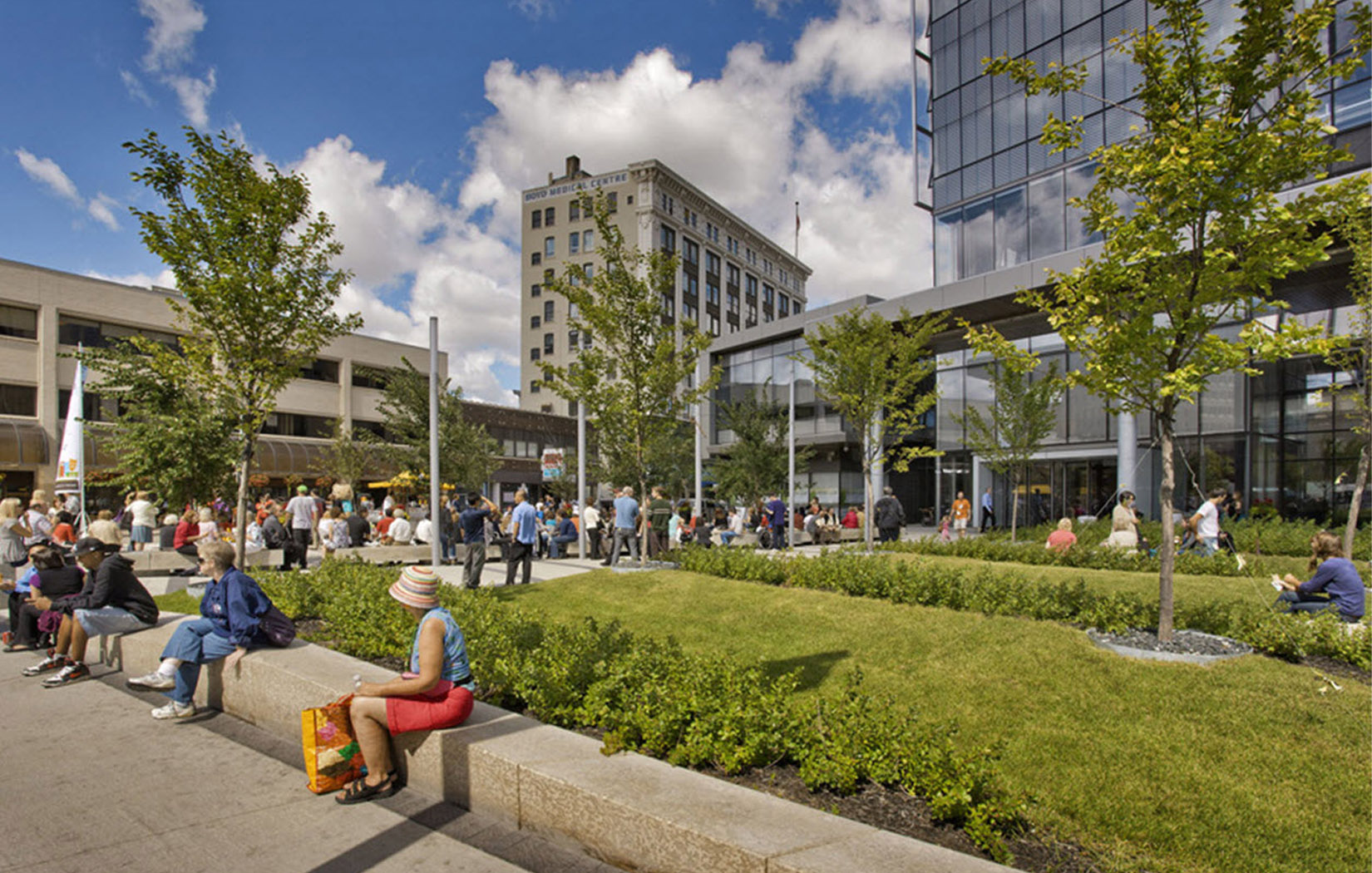 The head office for Manitoba Hydro is one of the most energy efficient large-scale commercial buildings in North America and establishes a model for extreme climate design. In collaboration with KPMB Architects, PFS Studio developed a strong site response to the deliberate building geometry. The design approach for the public realm adhered to the following principles: to ensure a healthy and productive workplace, to set a global standard in energy efficiency and sustainability, to create signature architecture, to provide a positive impact for downtown Winnipeg and to respect life cycle costs. With this in mind, the design was a minimalist, simple and elegant response to the site, which incorporates best practices in public open space design and sustainability.

The emphasis was focused primarily on the ground plane but the project also includes a green roof strategy for all of the podium roofs and the collection, redirection and storage of storm water for reuse in the landscape.

American Institute of Architects, Committee on the Environment Award, 2010

ArchDaily, Building of the Year, 2009