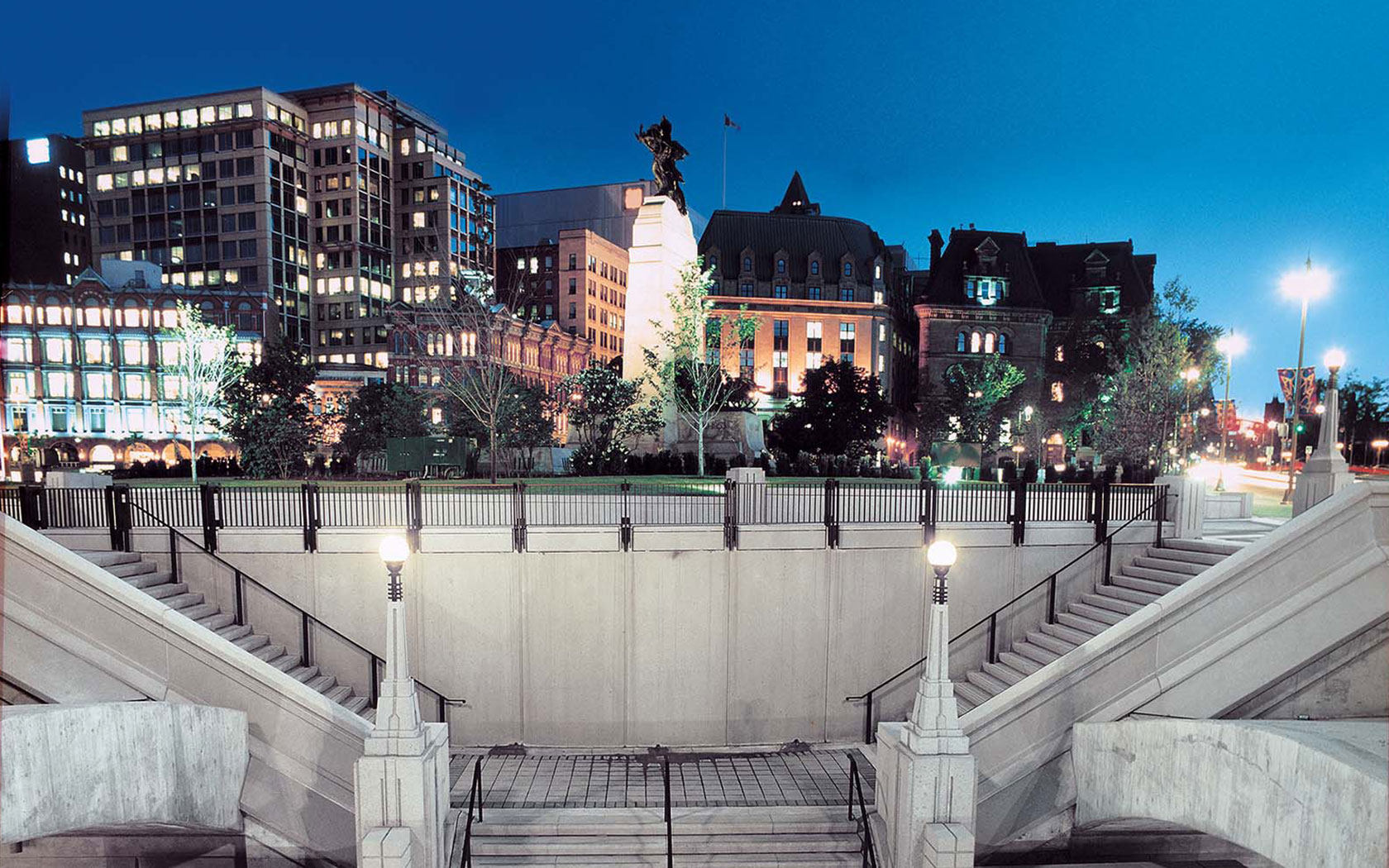 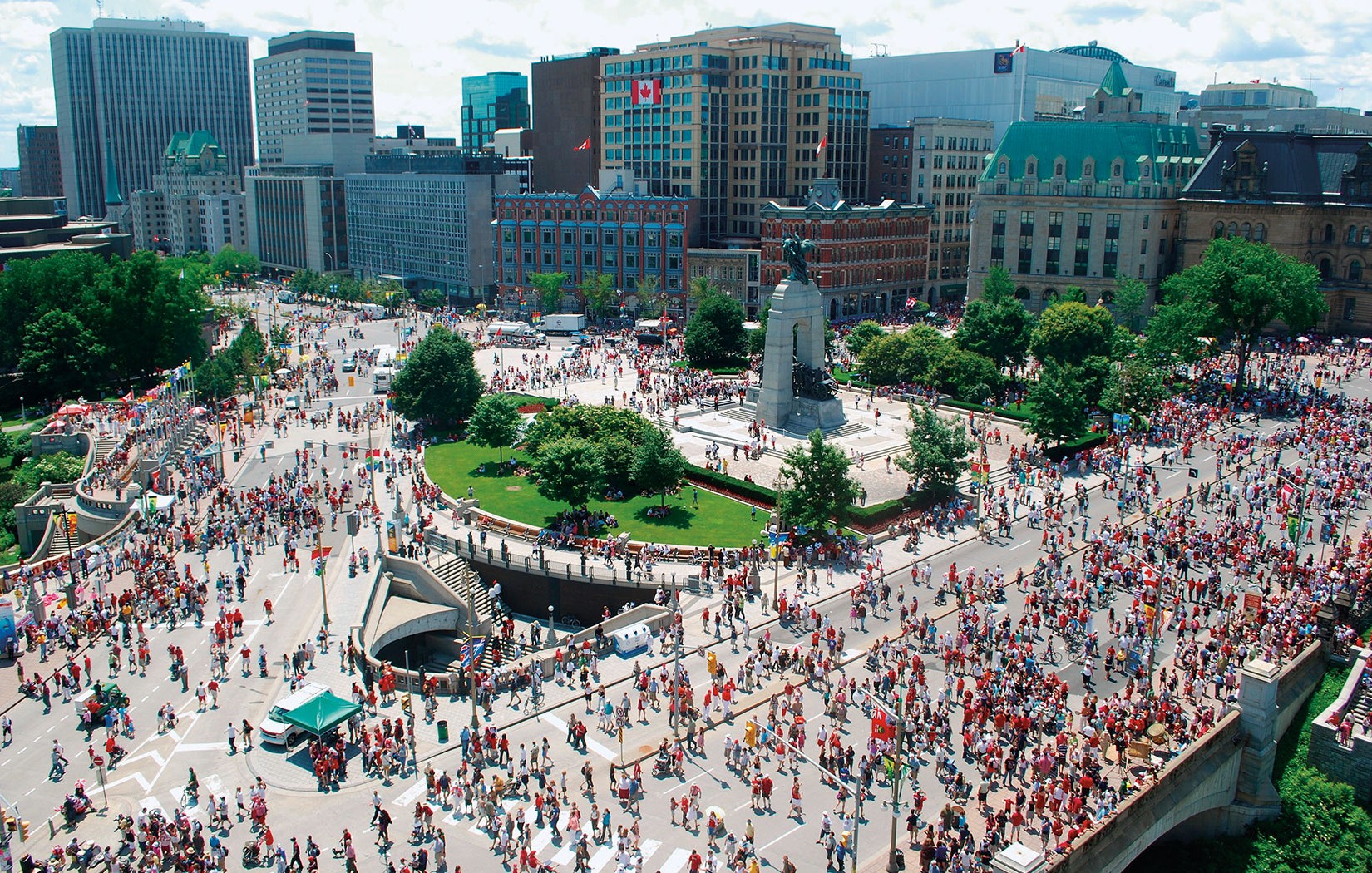 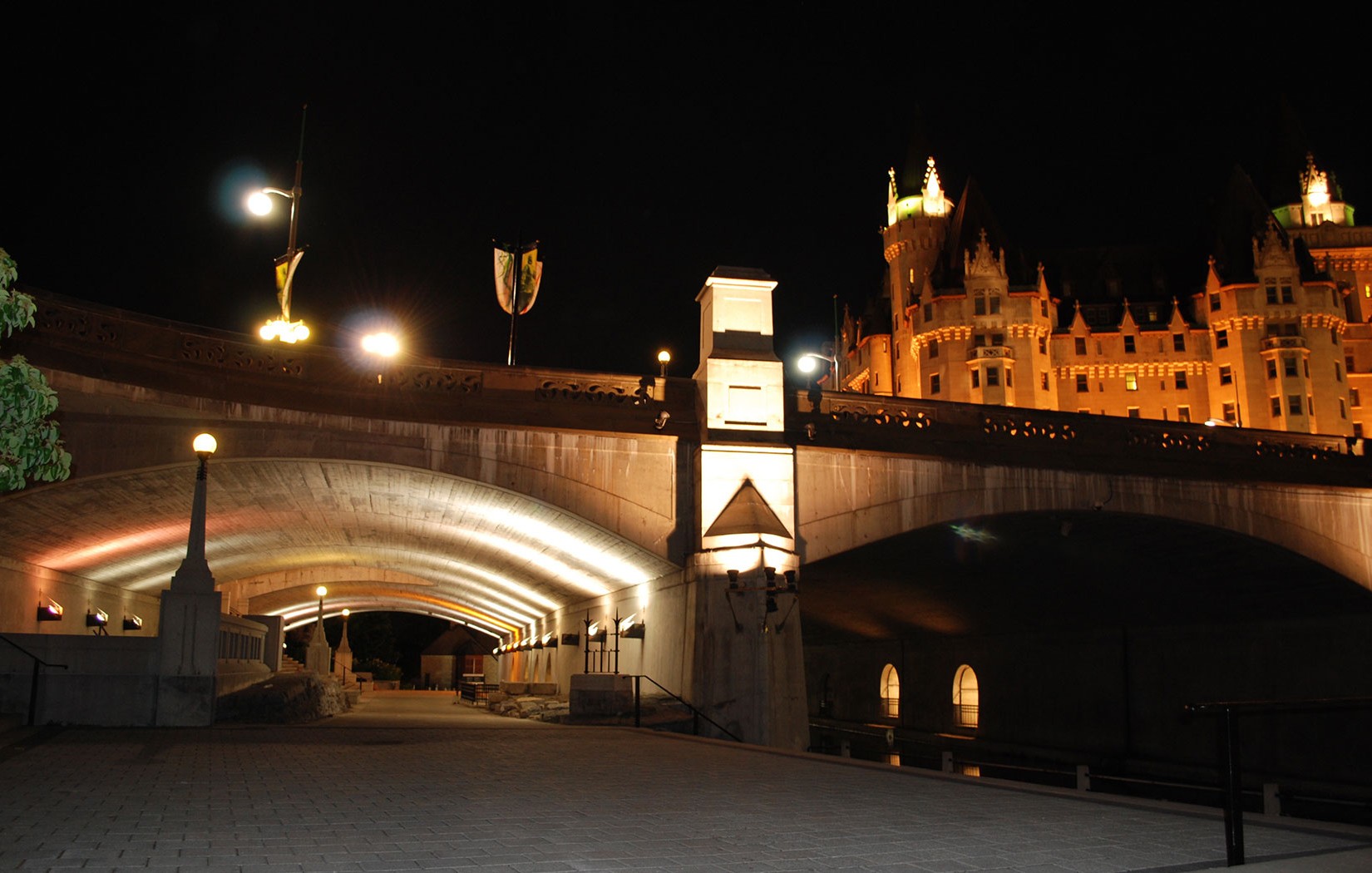 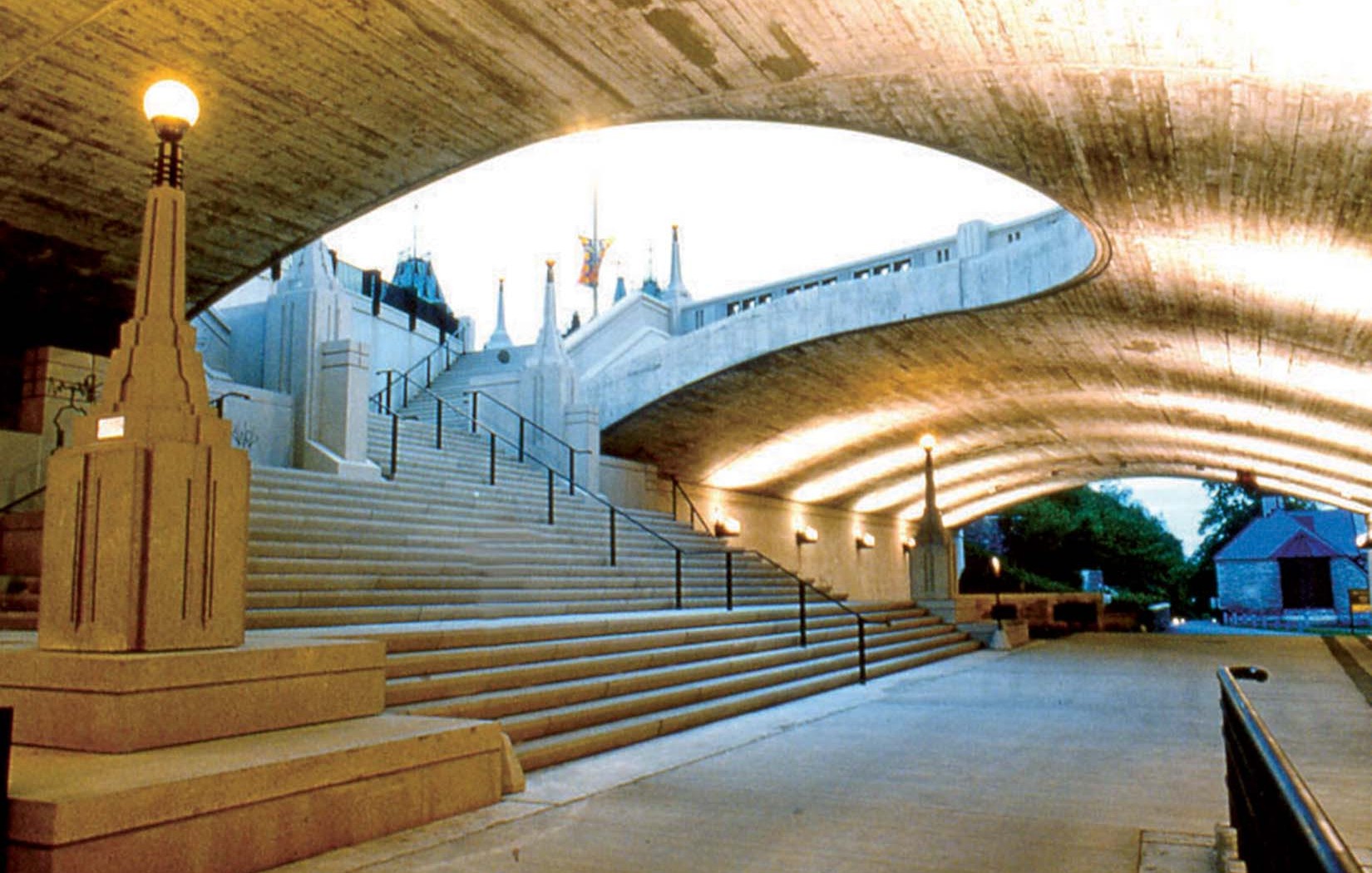 PFS Studio was the prime consultant for urban design and landscape architecture for this prestigious project. From inception through implementation, PFS Studio oversaw a multi-disciplinary team of engineers and architects to ensure that Confederation Square, which is considered the jewel of a broader restoration scheme for the comprehensive Confederation Boulevard Project, was built to the design standards mandated by its nationally significant site and profile.

The resulting design has both visually and functionally re-engaged Confederation Square’s historic surroundings and has reunited the bustling plaza and intersecting city streets with the UNESCO recognized Rideau Canal, which prior to PFS Studio’s intervention coexisted without any meaningful dialogue between the two levels of the city. A significant new central staircase was integrated into the eastern apex of the site, providing a strong connection between the street and canal levels, while referencing the historic configuration of two earlier bridges. A stepped plinth across the site provided more usable space and created a visual anchor for the commanding National War Memorial.