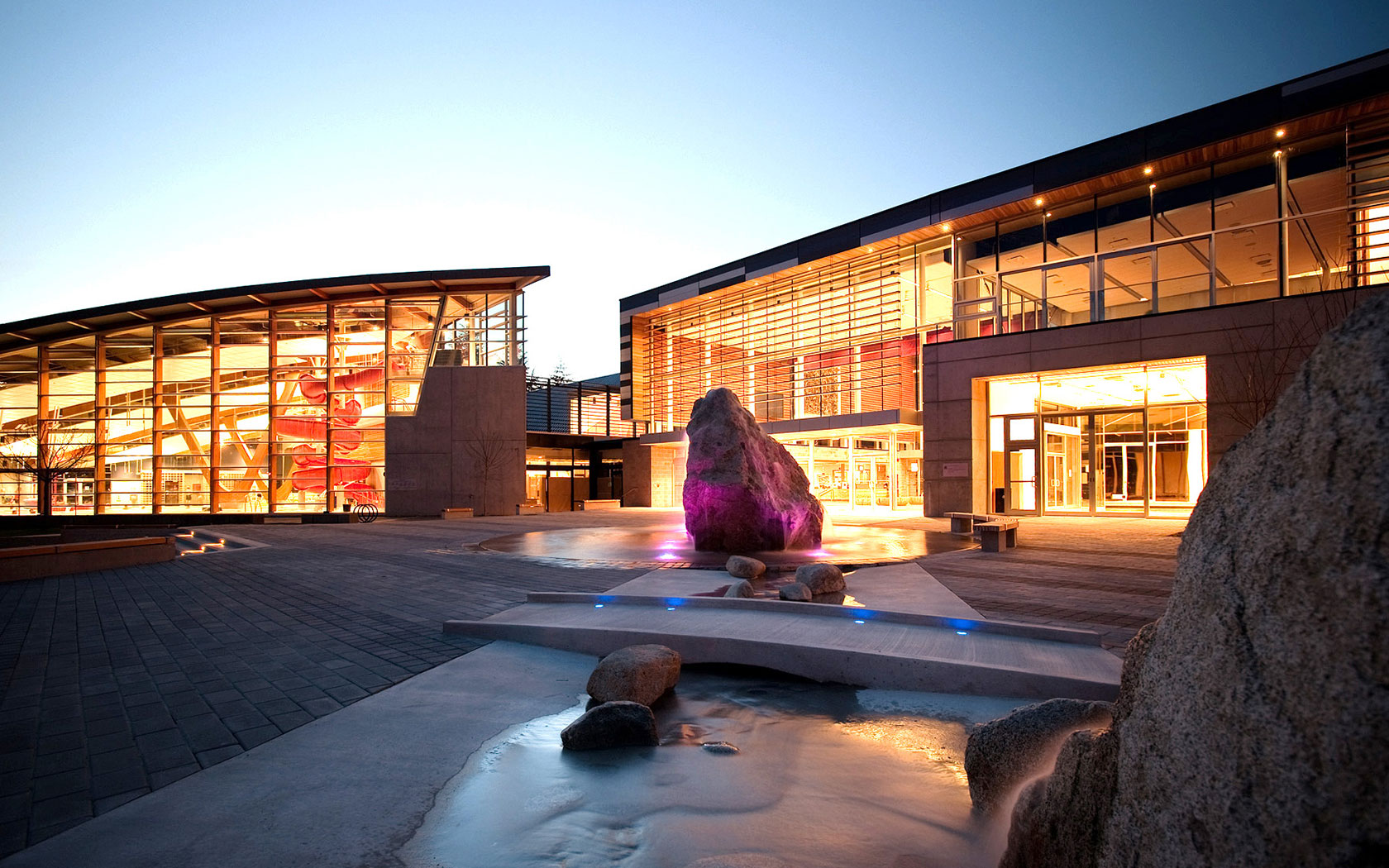 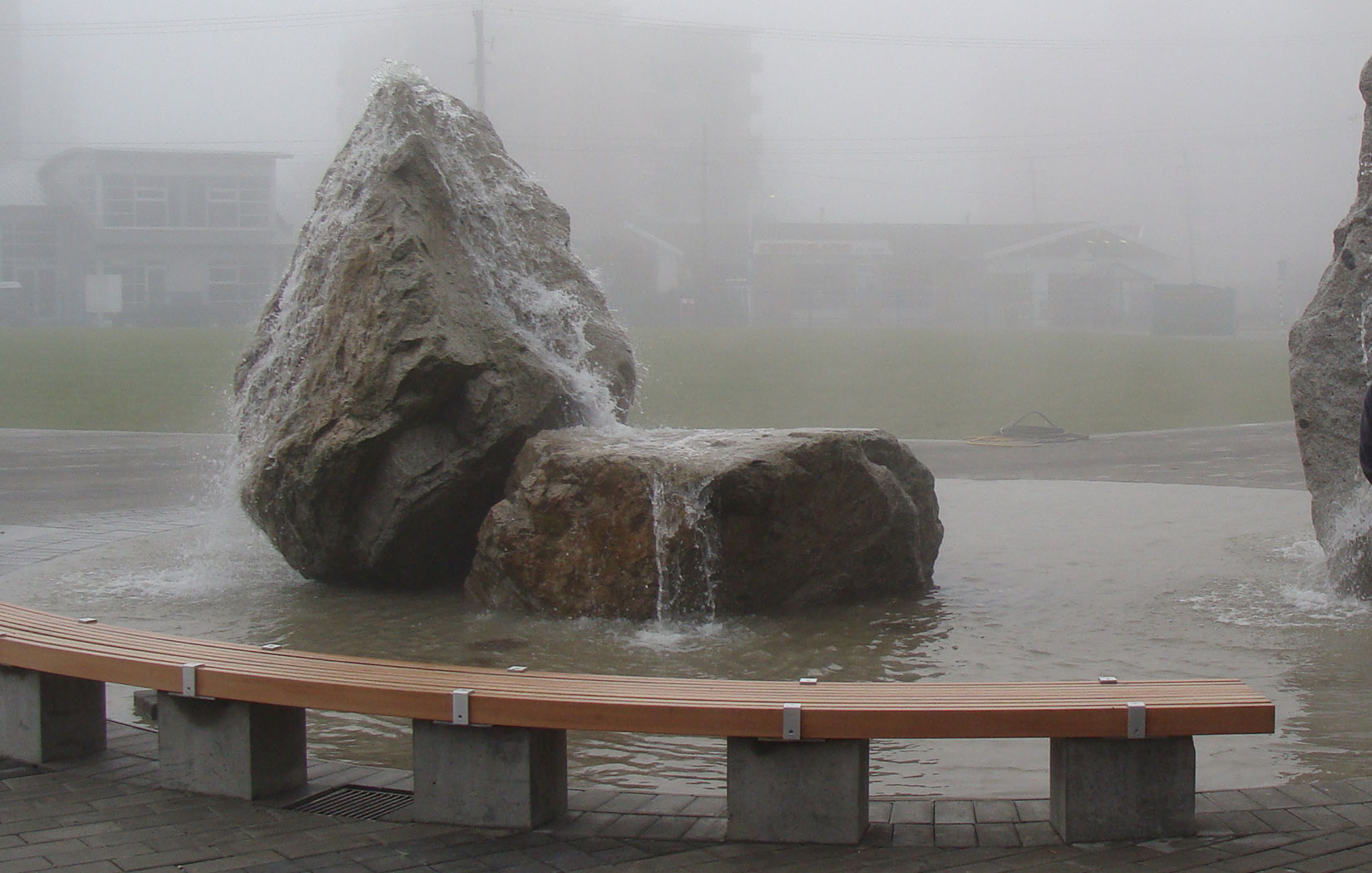 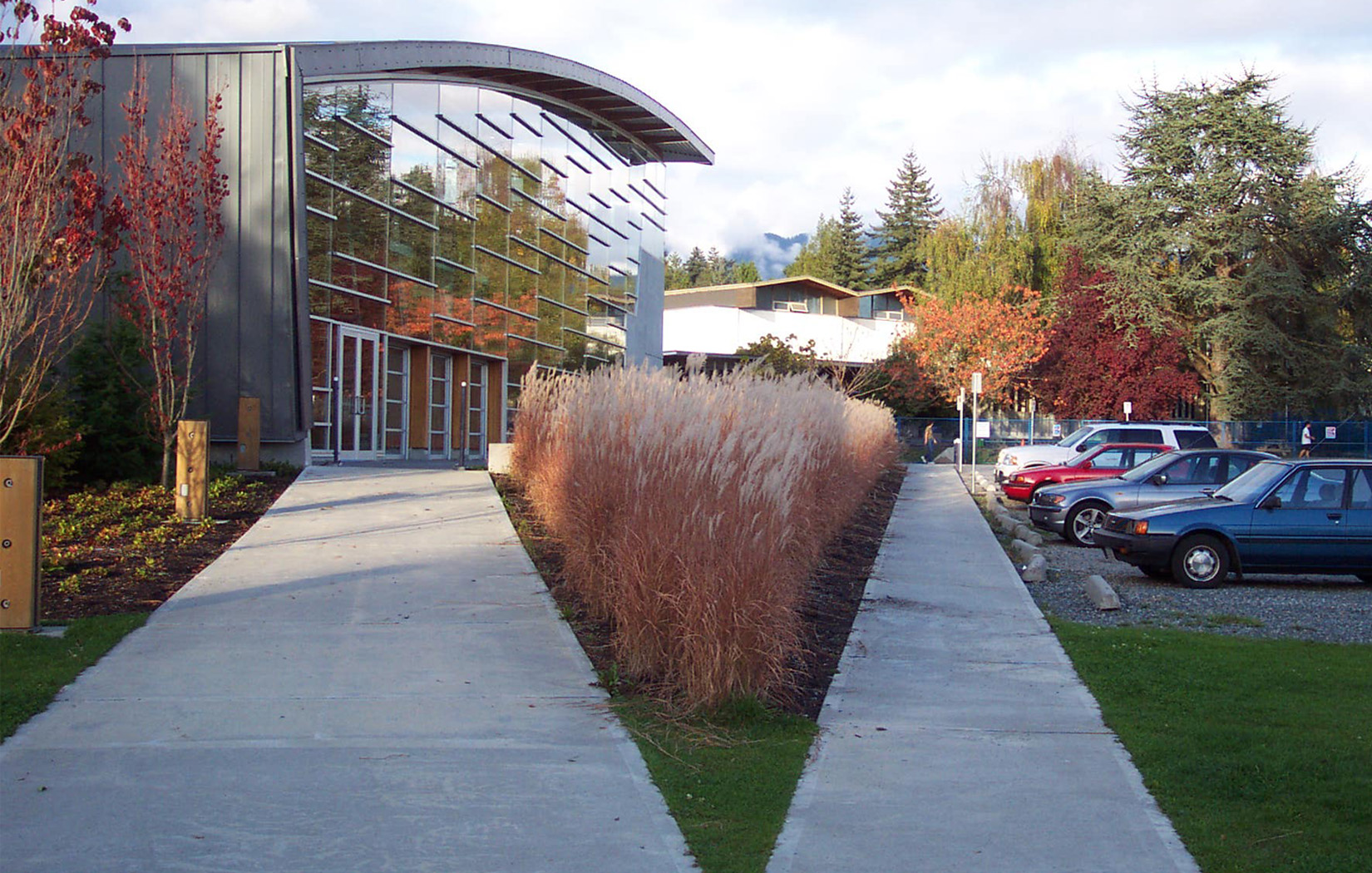 A ‘heart’ was created for the complex to support formal and informal activities and special events, and was configured as a safe and protected inner gathering space. The resulting landscape has produced an exciting and very functional space interconnected with the surrounding neighbourhoods.

Outdoor public spaces are provided adjacent to all buildings to promote a variety of year-round activities for public enjoyment. A sculptural water feature is integrated into the forecourt, animating the space and creating an interactive space to play and linger. Strategic landscape work conserved green areas with the retention of as many existing trees as possible while massings of native and adopted plants accentuate walkways and gathering zones.