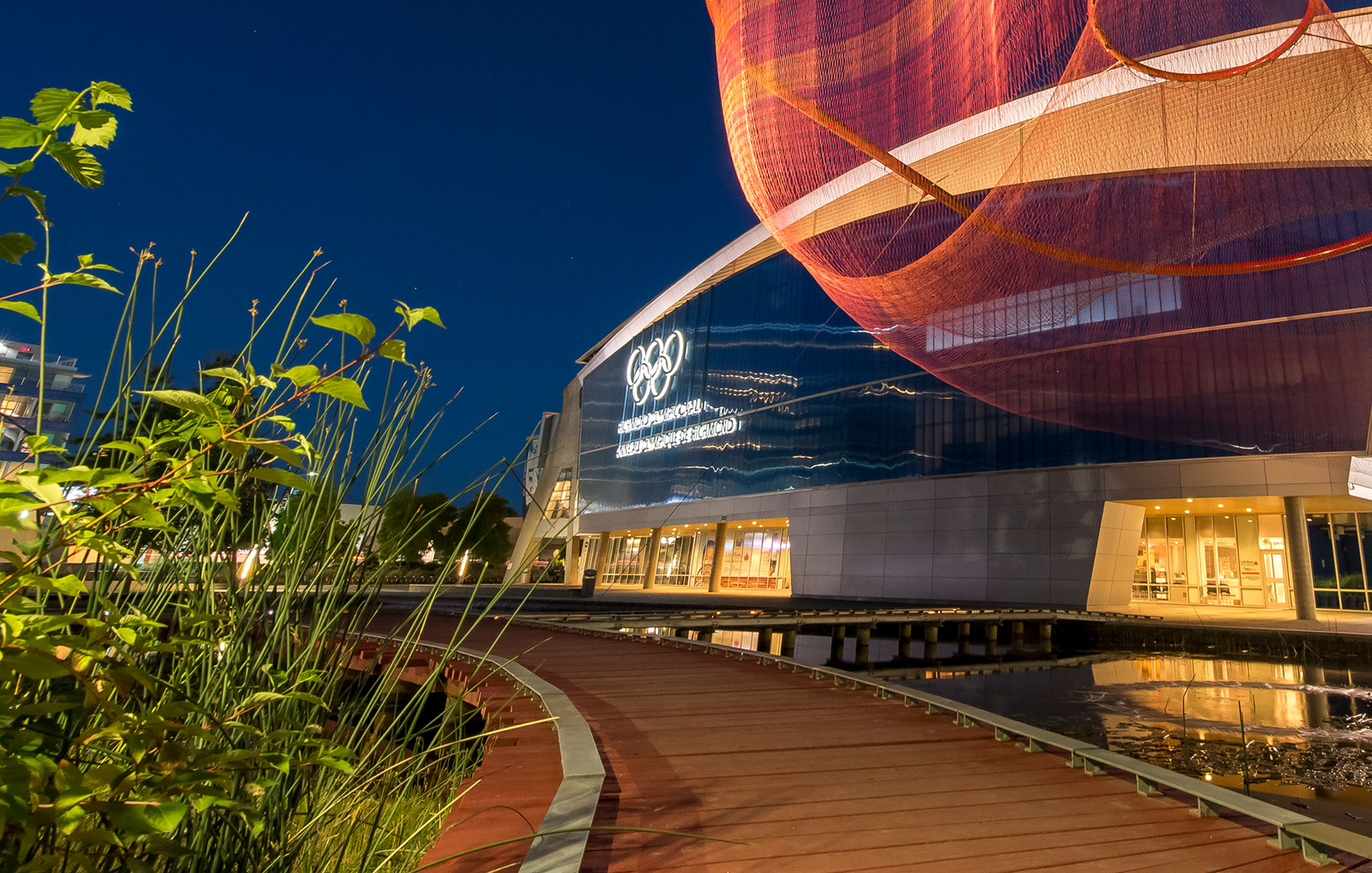 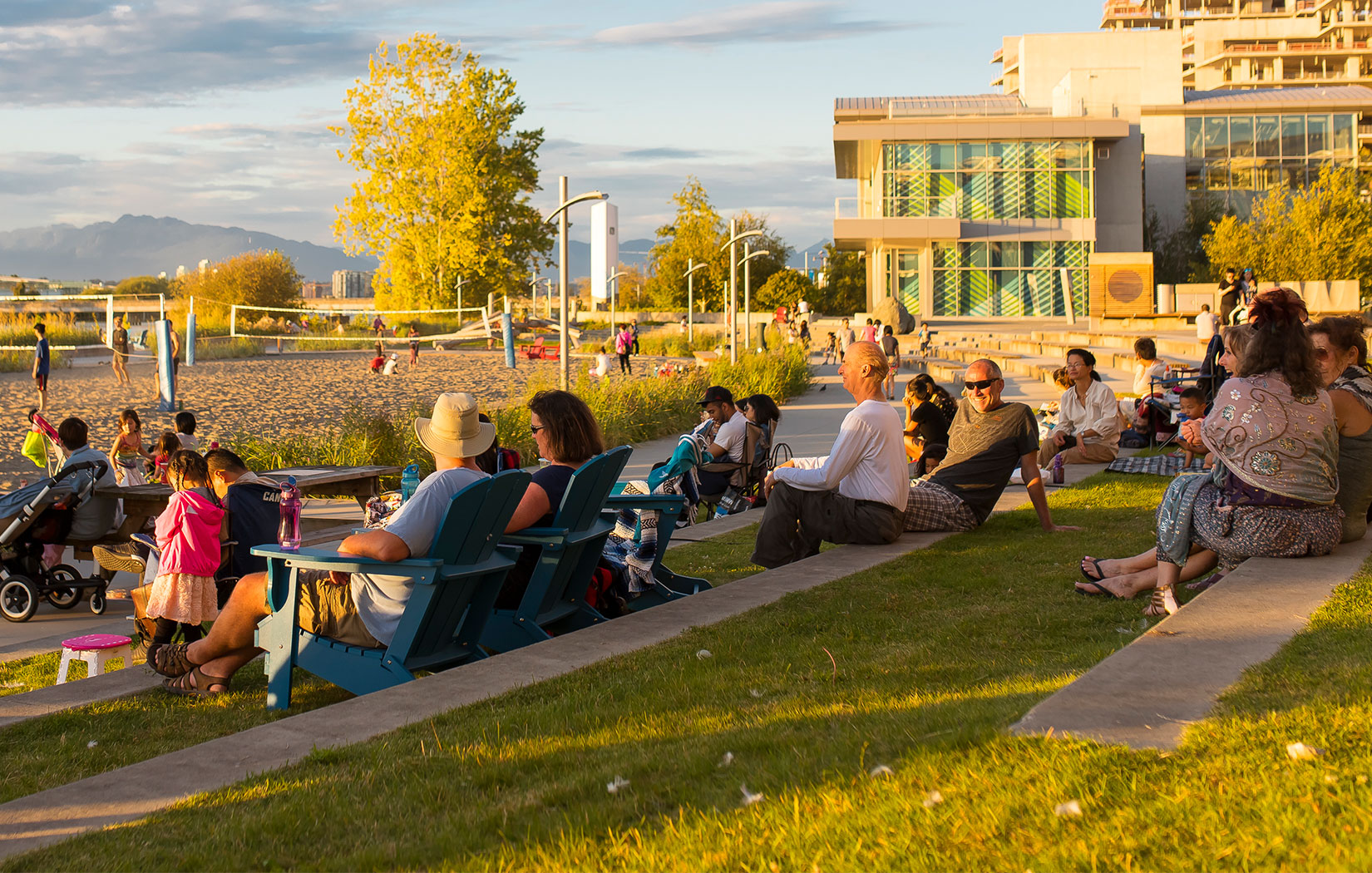 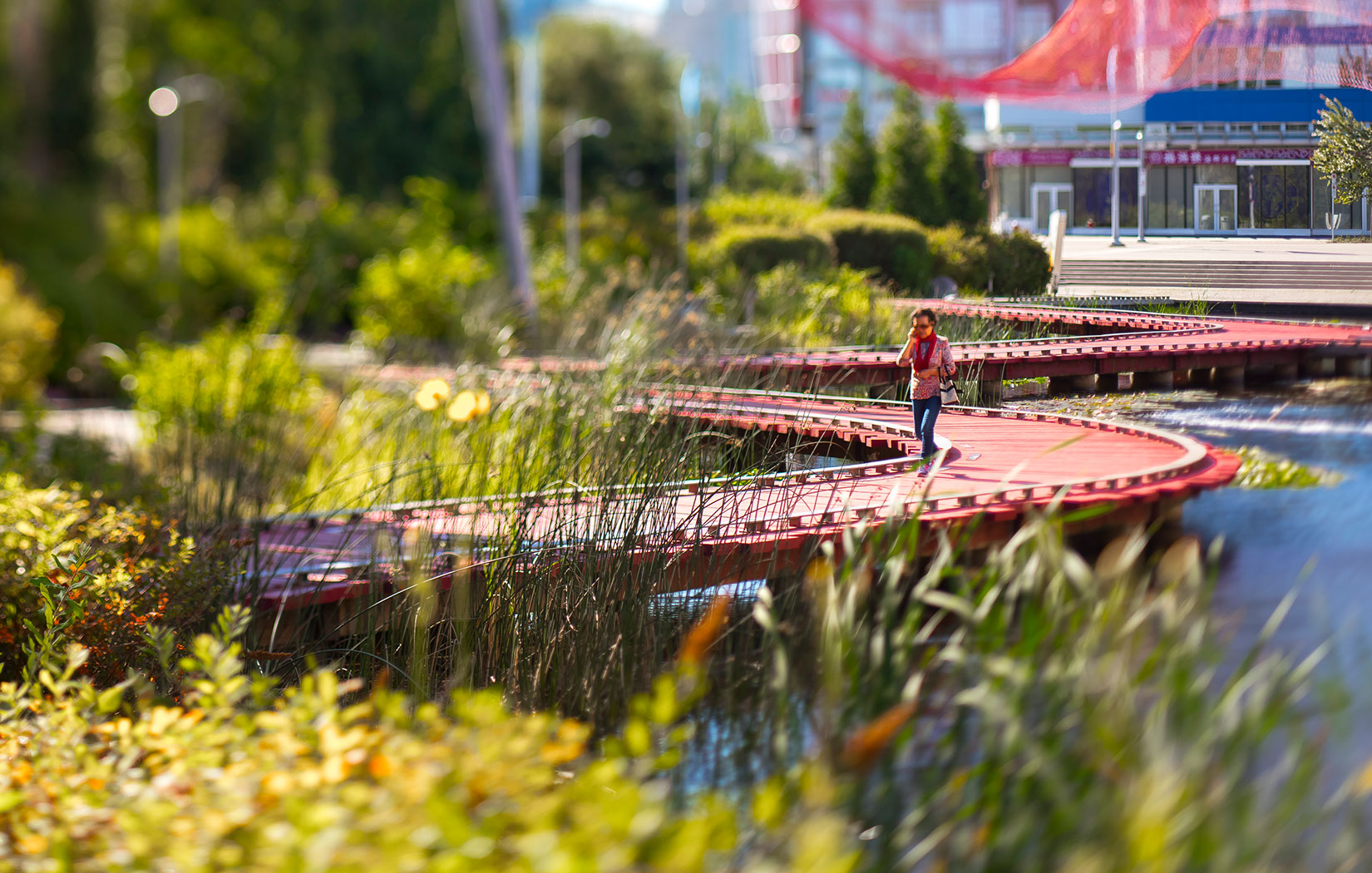 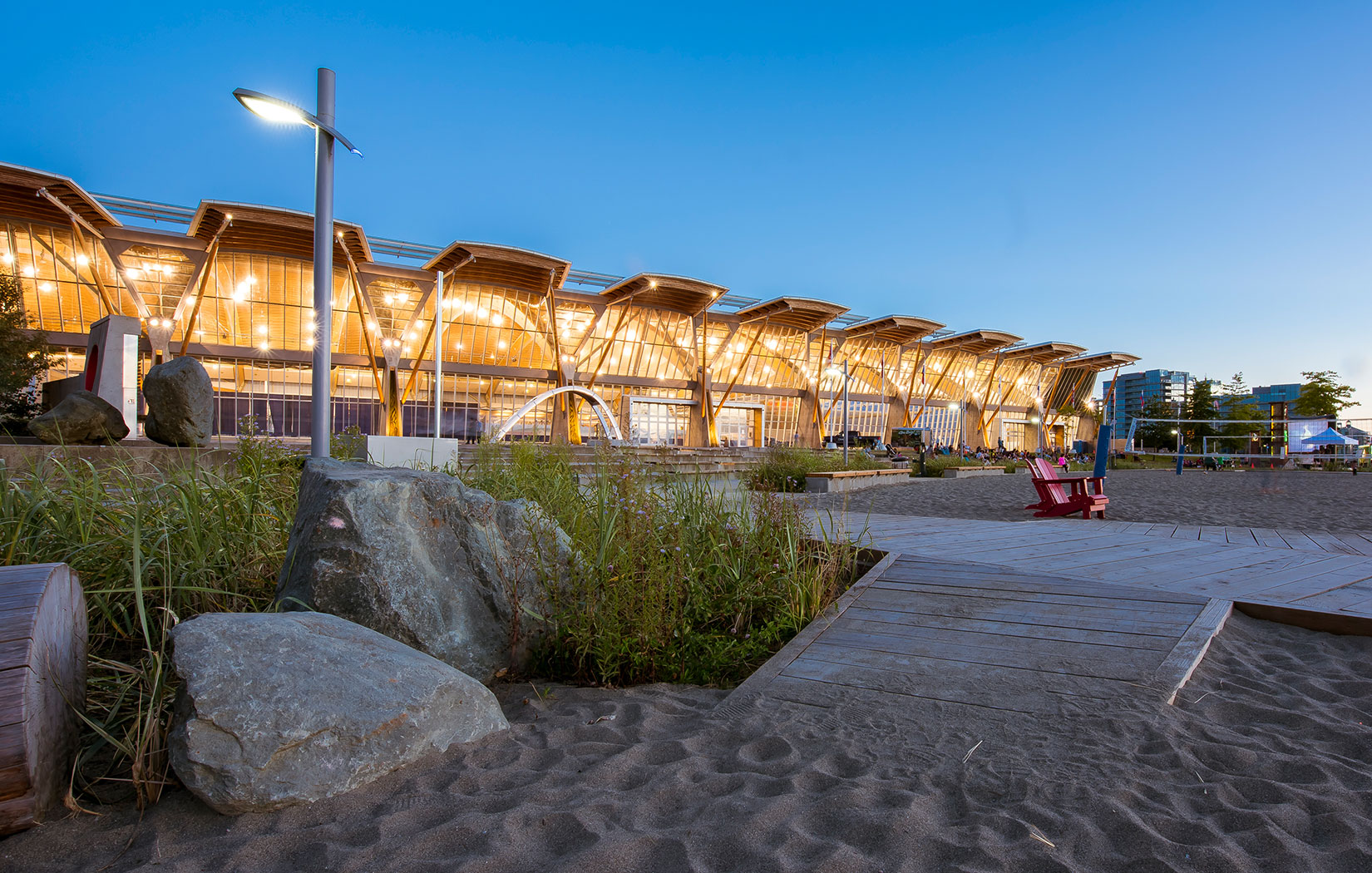 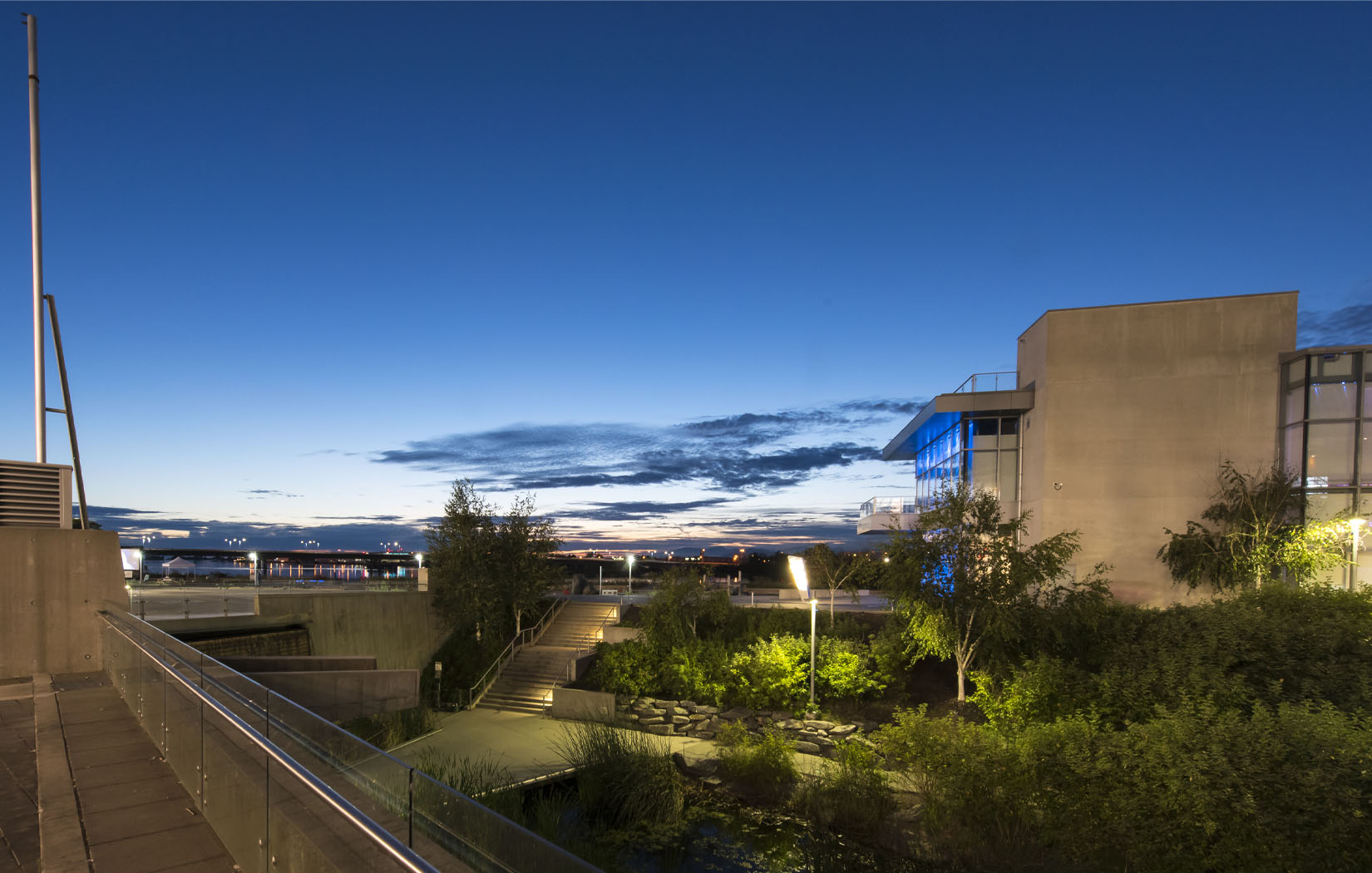 PFS Studio played a central role on a multi-disciplinary team responsible for the design of the iconic Olympic Speed Skating facility along the Middle Arm of the Fraser River.

On the water’s edge, with uninterrupted views from sea to sky, the Oval showcases the area’s regional beauty. As a venue it combines sports, culture and the environment. The Oval landscape is part of a vibrant and integrated waterfront development, with a major outdoor plaza that links the facility with the Fraser River and the City’s expanding network of waterfront trails. The open space around the Oval is a legacy public amenity in this rapidly urbanizing area of the city.

PFS Studio designed three major open spaces around the Oval: Riverside Green – an informal amphitheater space along the north side of the building that addresses the transition from building to the river’s edge; Water Sky Garden, which includes integrated public art by Janet Echelman, along with boardwalks and bridges that bisect a storm water detention and remediation pond; and the feature Legacy Plaza, which functions as an urban ‘town square’ at the entrance to the Oval.