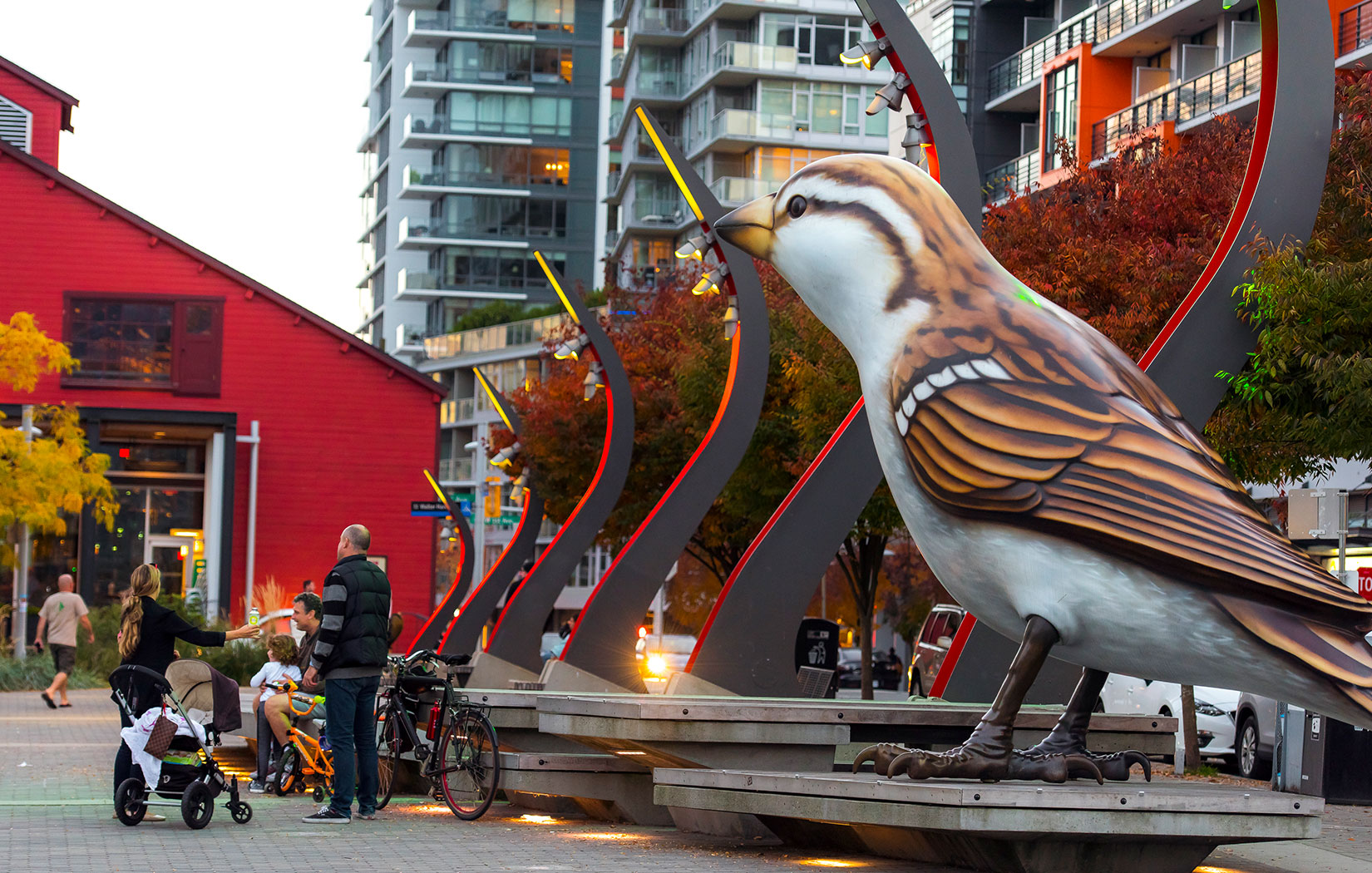 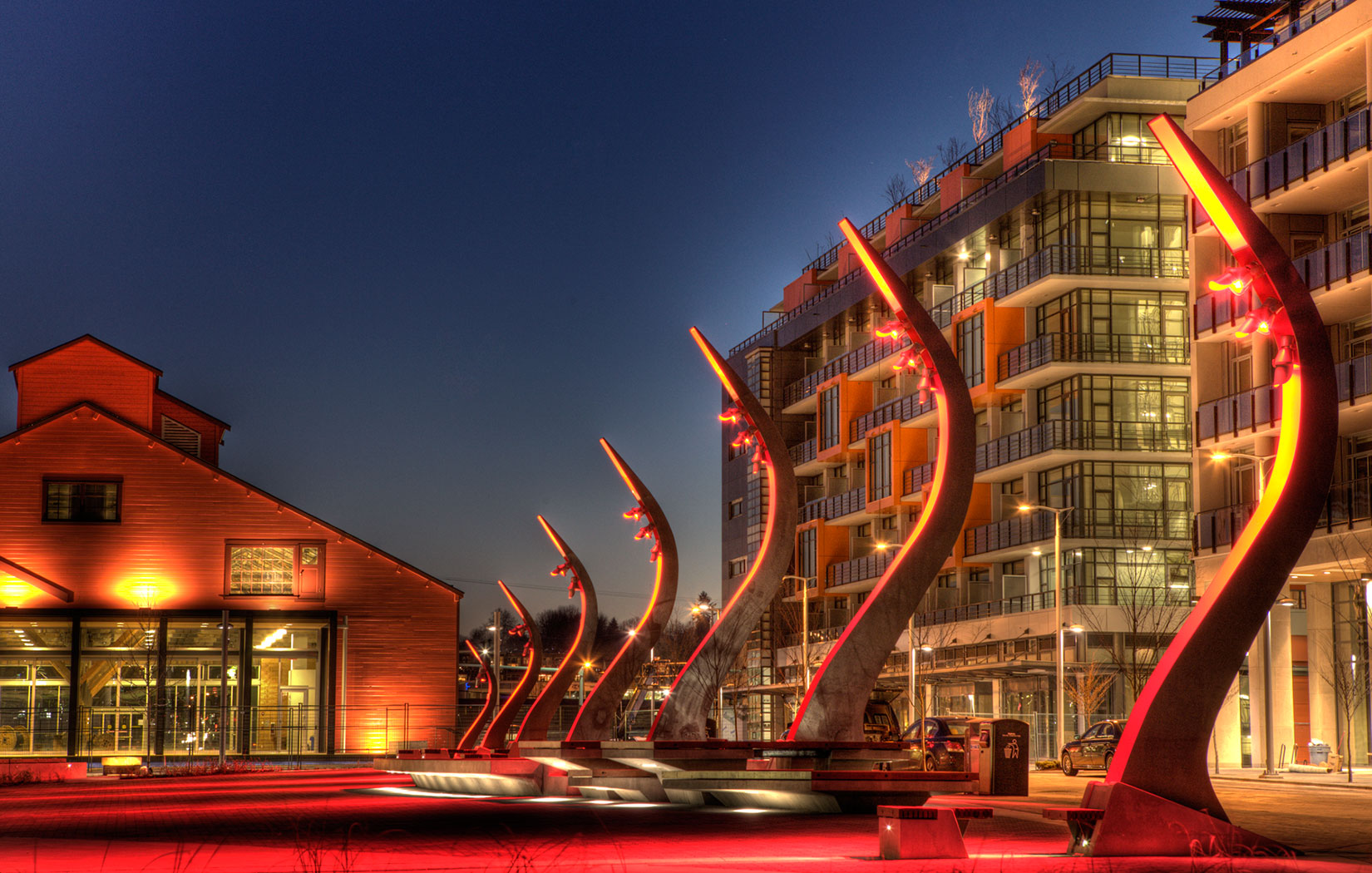 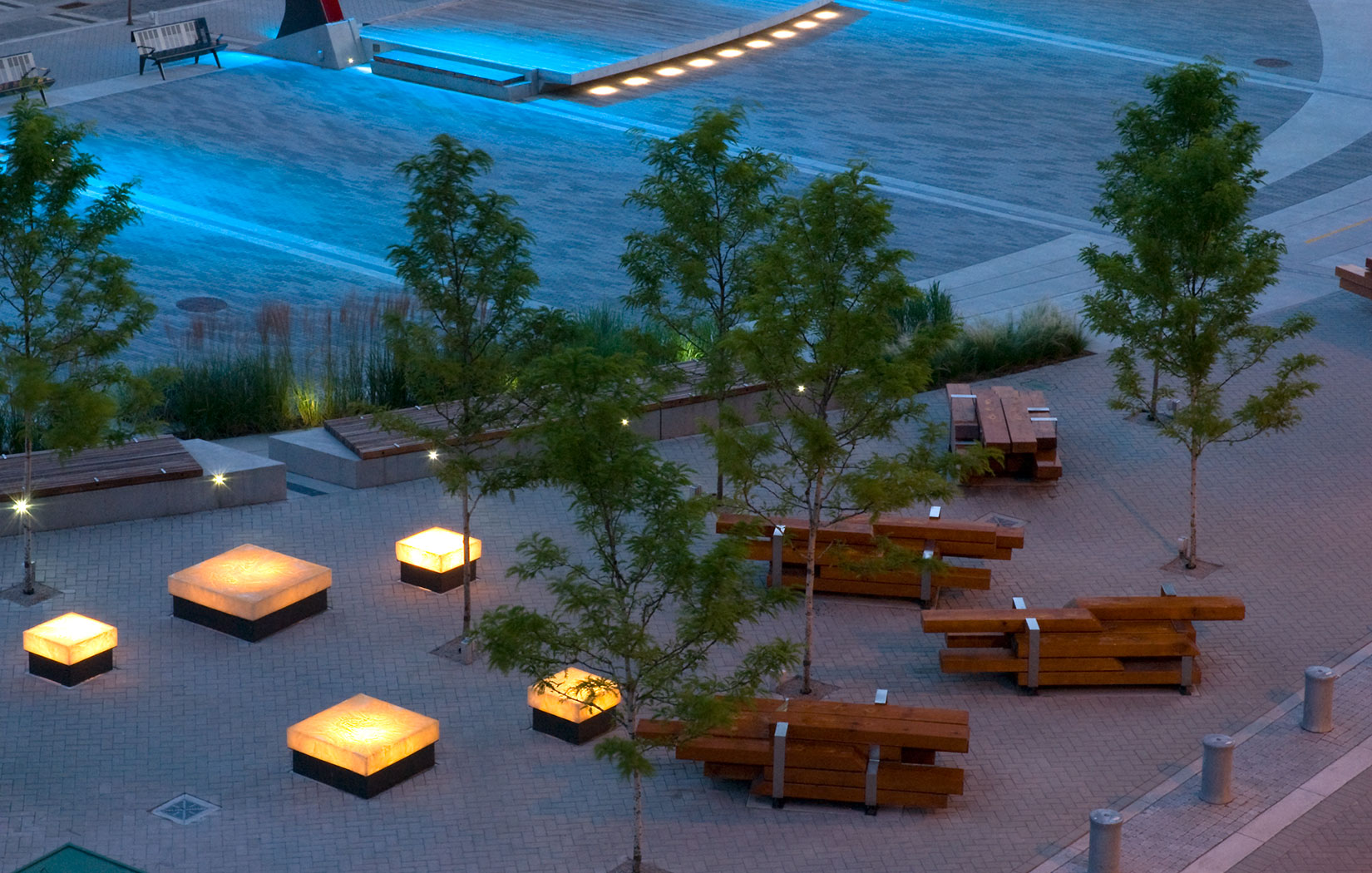 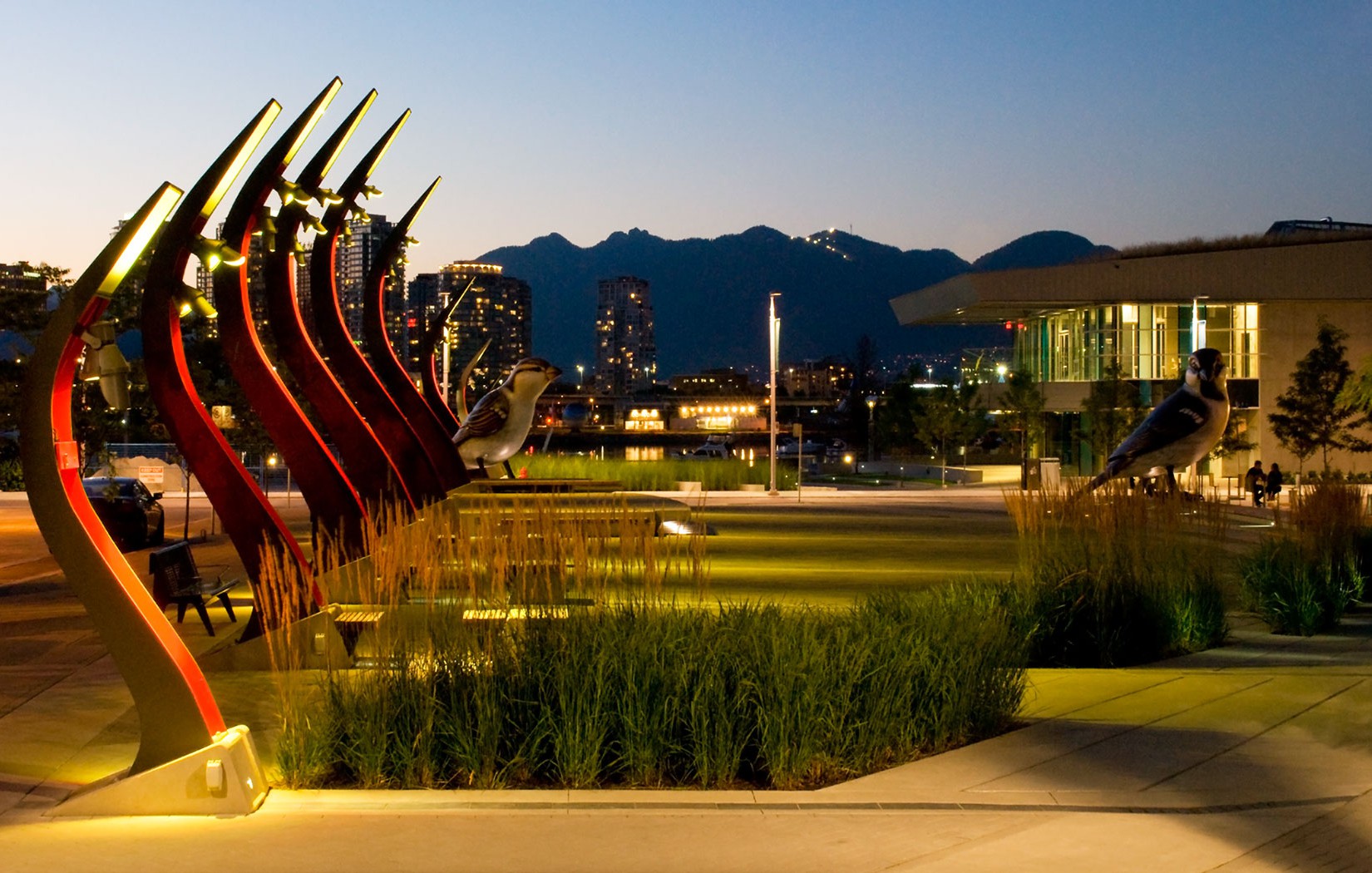 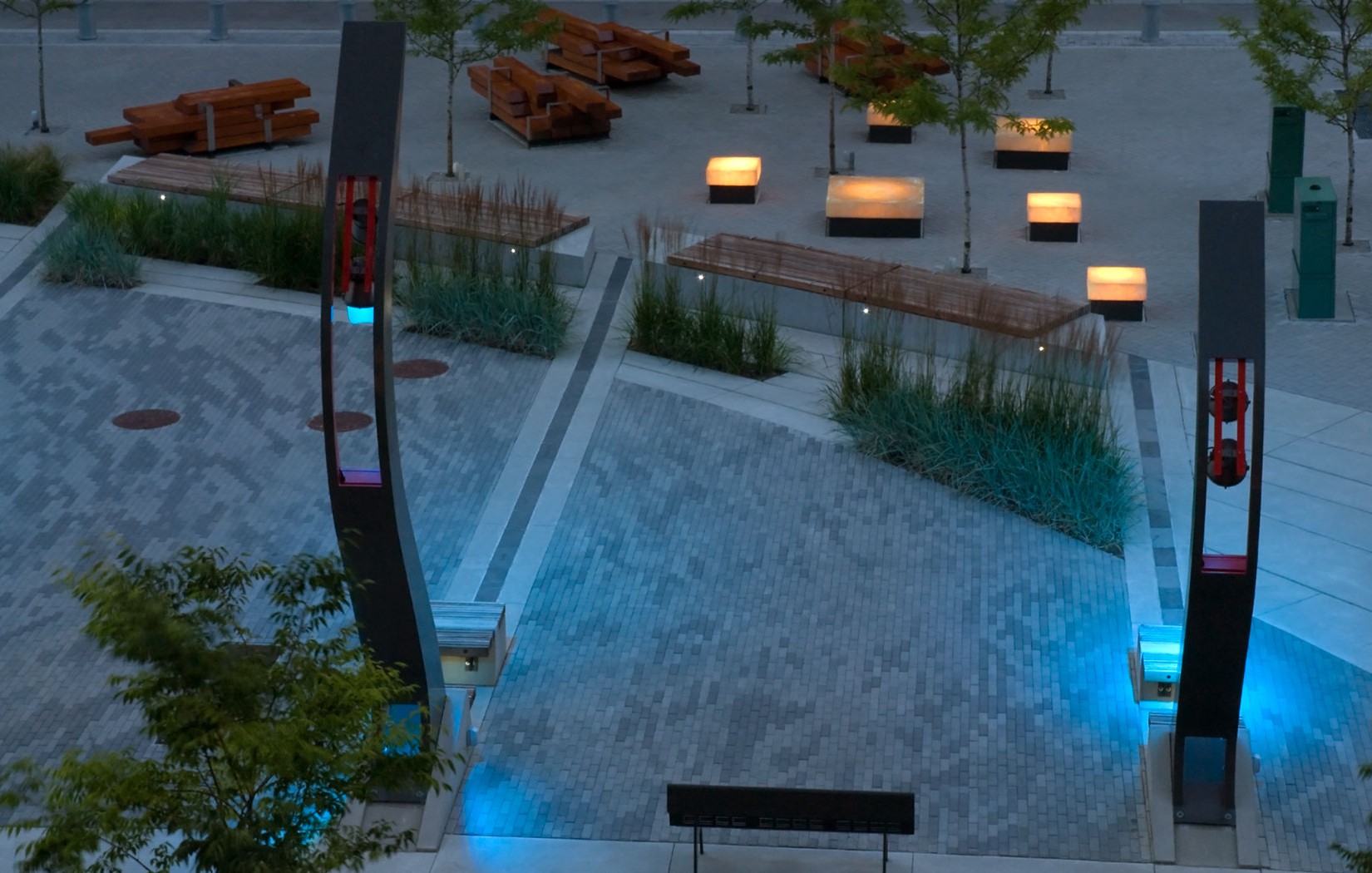 The design, endorsed by both the Vancouver Organizing Committee (VANOC) and the City, was for a public space design that leverages both everyday use and special events. The design features symbolic elements that reference the industrial history of the site. The lofting lines and ribs of ships from shipbuilding set the overall spatial configuration, while piles of lumber symbolizing timber exports are formed into benches, and translucent seating cubes symbolizing salt imports that relate to the adjacent heritage structure, the Salt Building. Since the close of the 2010 Olympics, the Southeast False Creek Plaza has become the civic heart of the new community, supporting a variety of programmed and non-programmed uses throughout the year.