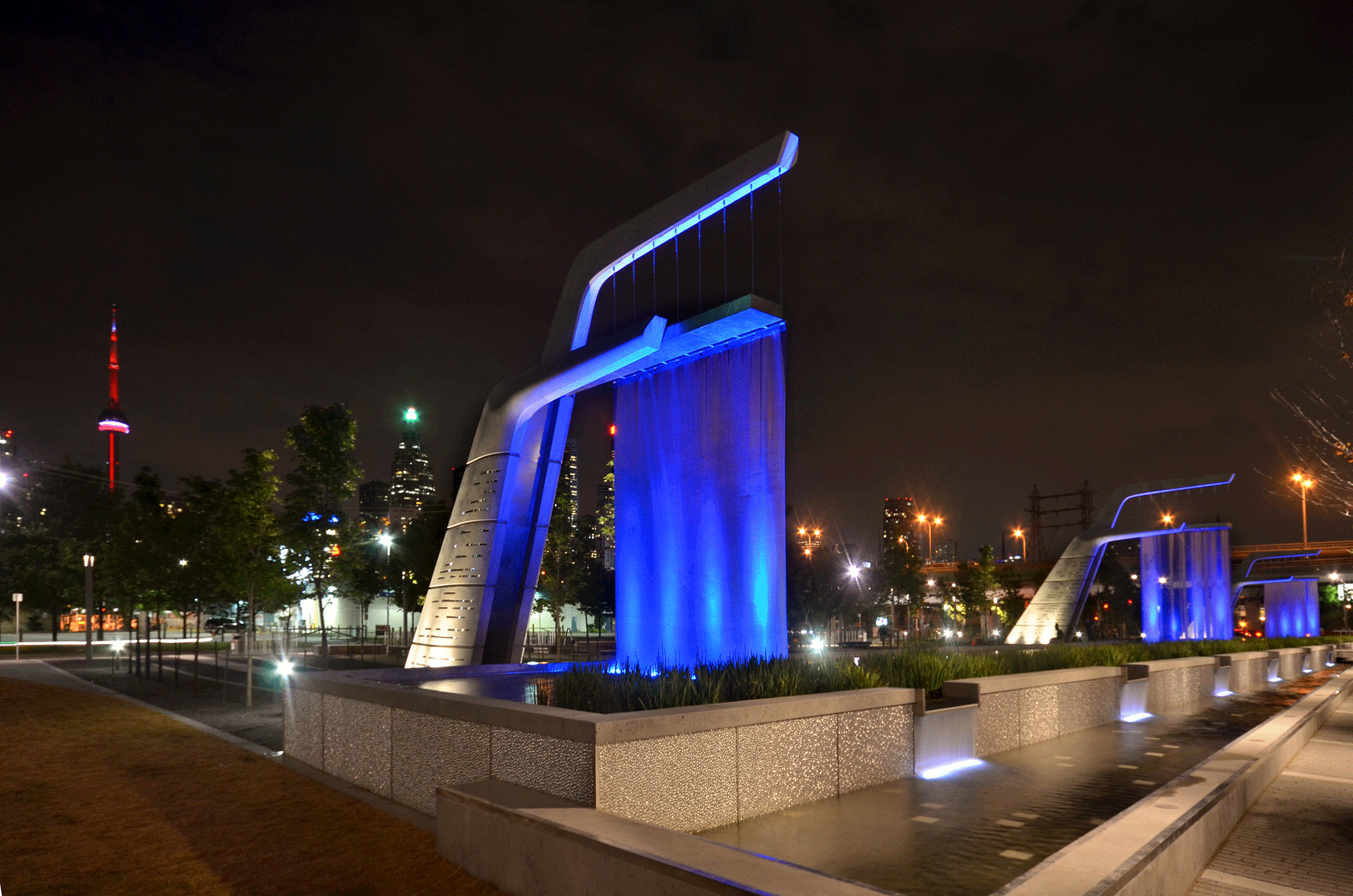 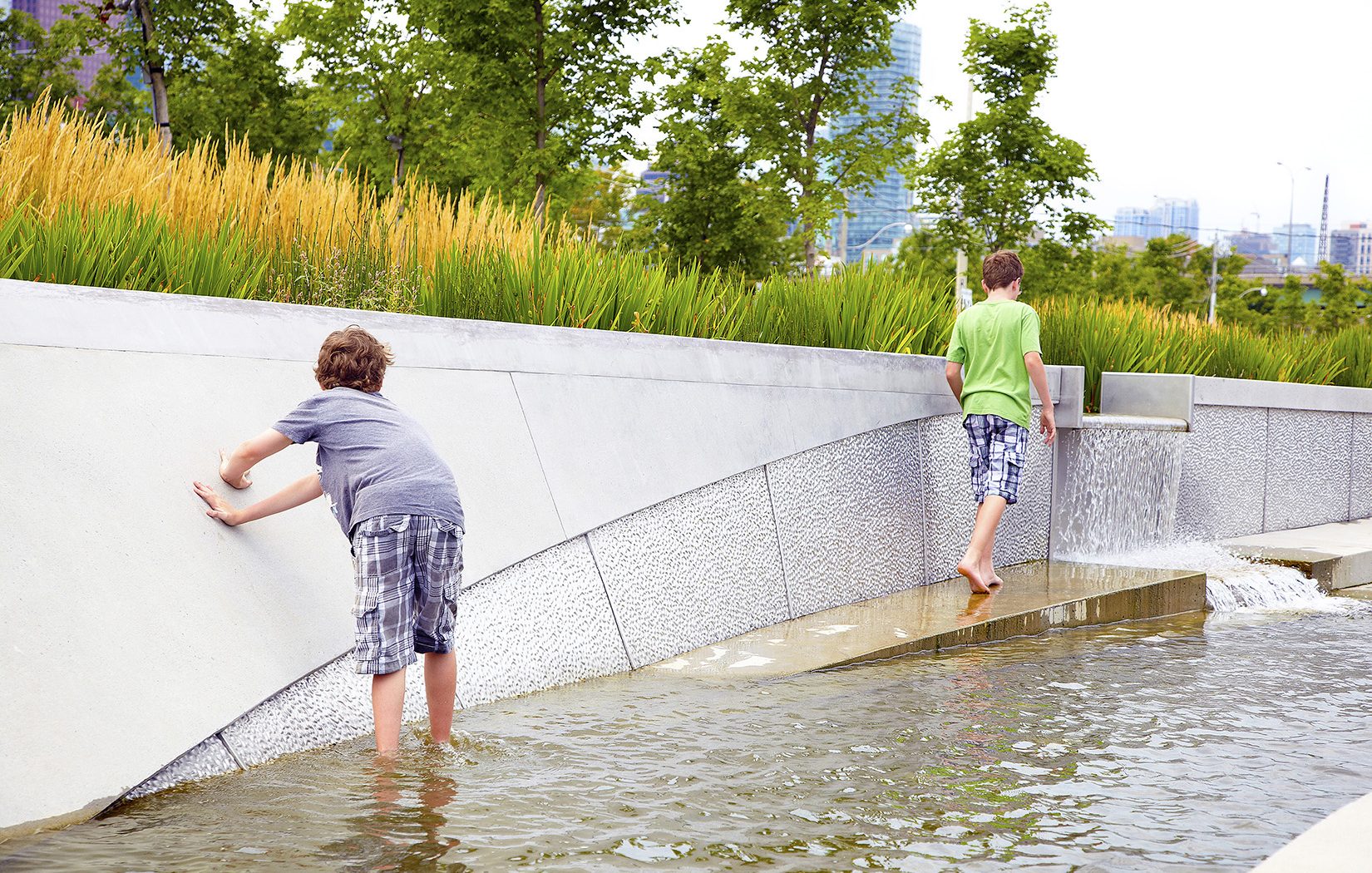 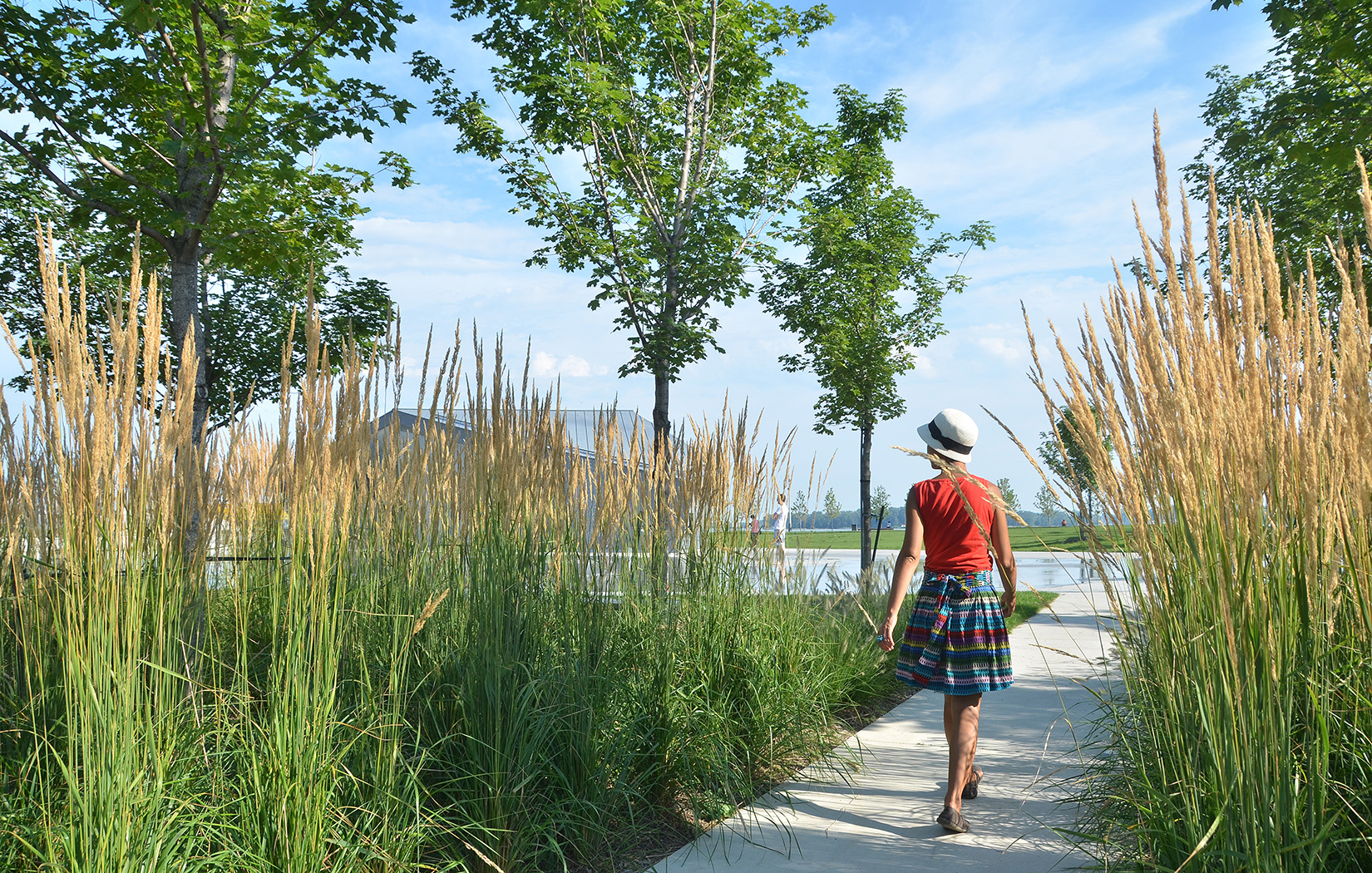 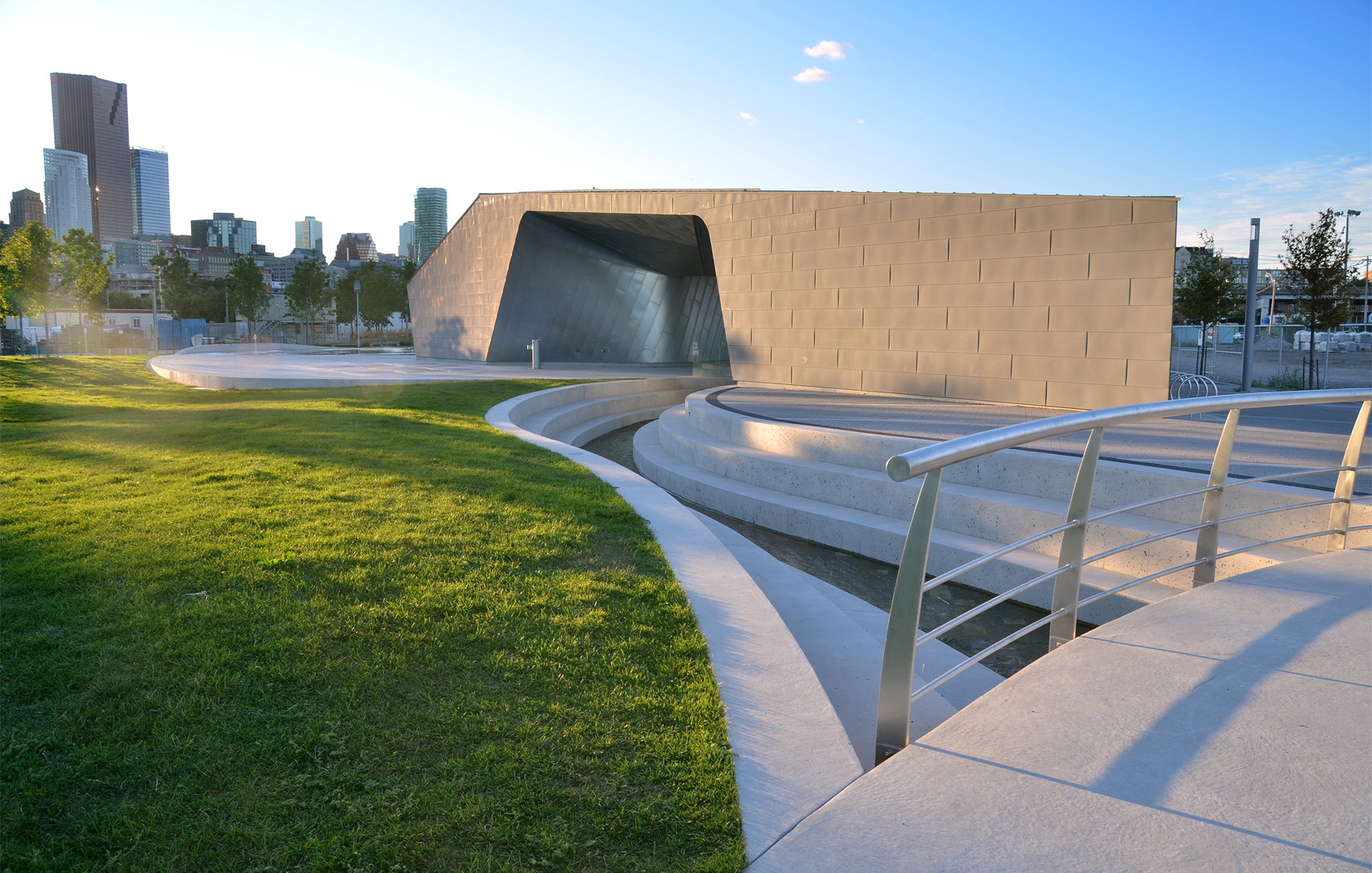 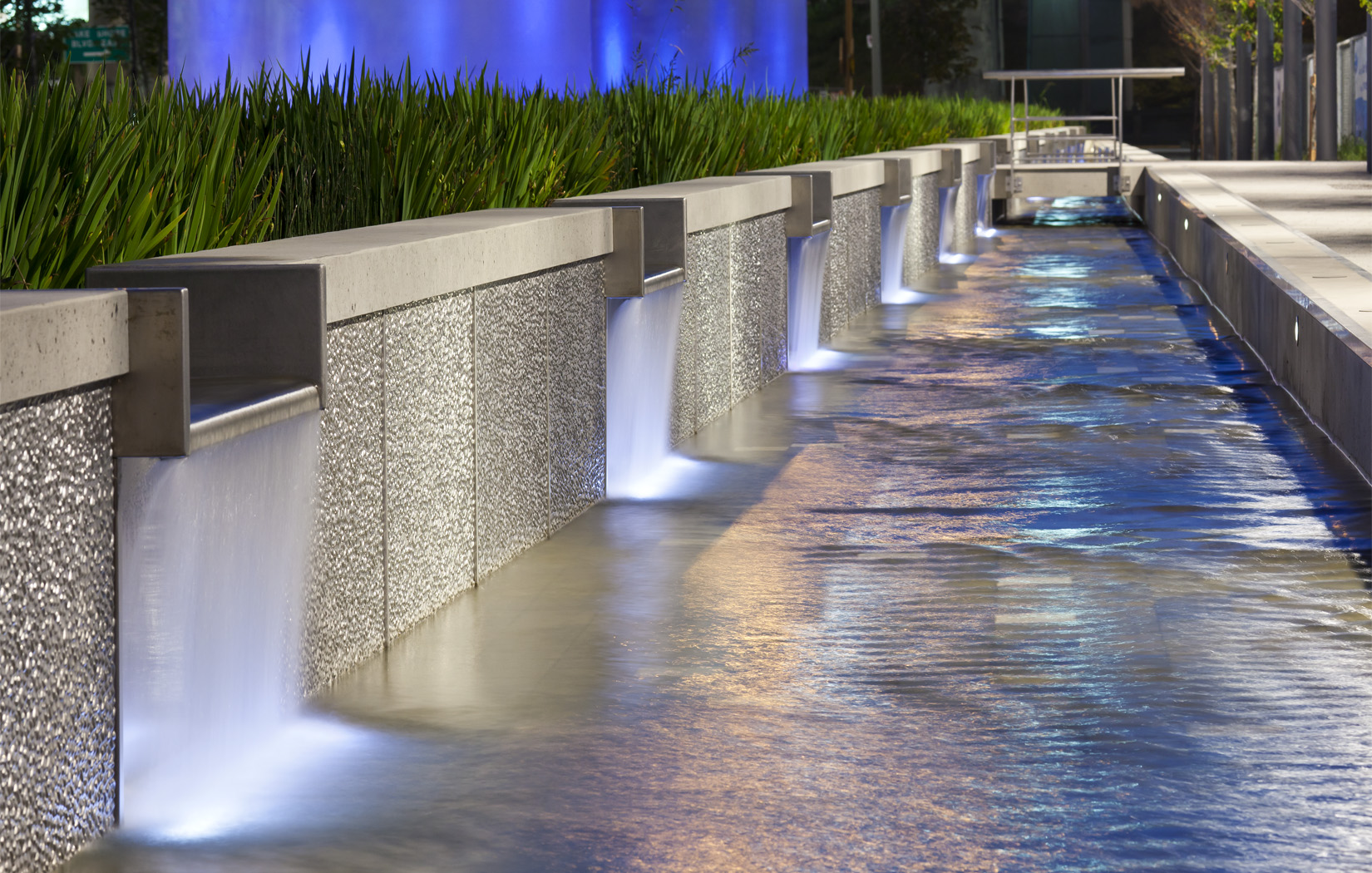 The conceptual design for the multi-award winning Sherbourne Common, located on the Toronto Waterfront, is built upon the abstraction of the Iconic Canadian lakeshore landscape types: the woods, the water, and the green. These three spatial zones are tied together by a linear stormwater sluice fed by ‘Light Showers’ by Jill Anholt.

As a key component of Toronto’s lakeshore redevelopment and renaissance, this signature park emphasizes inspiring civic space, flexible usage, play and sustainable systems. The design is strongly informed by the need for both a neighbourhood park and a city-wide destination. When first completed in 2011, Sherbourne Common was a set piece in an empty post-industrial landscape waiting for a community to surround it. It is now a successful example of “public before private” – the idea of developing high quality public open space to leverage and accelerate community and market interests. Sherbourne Common is now edged by the new George Brown Waterfront Campus and bracketed by a substantial new residential / mixed use neighbourhood along its entire east side.