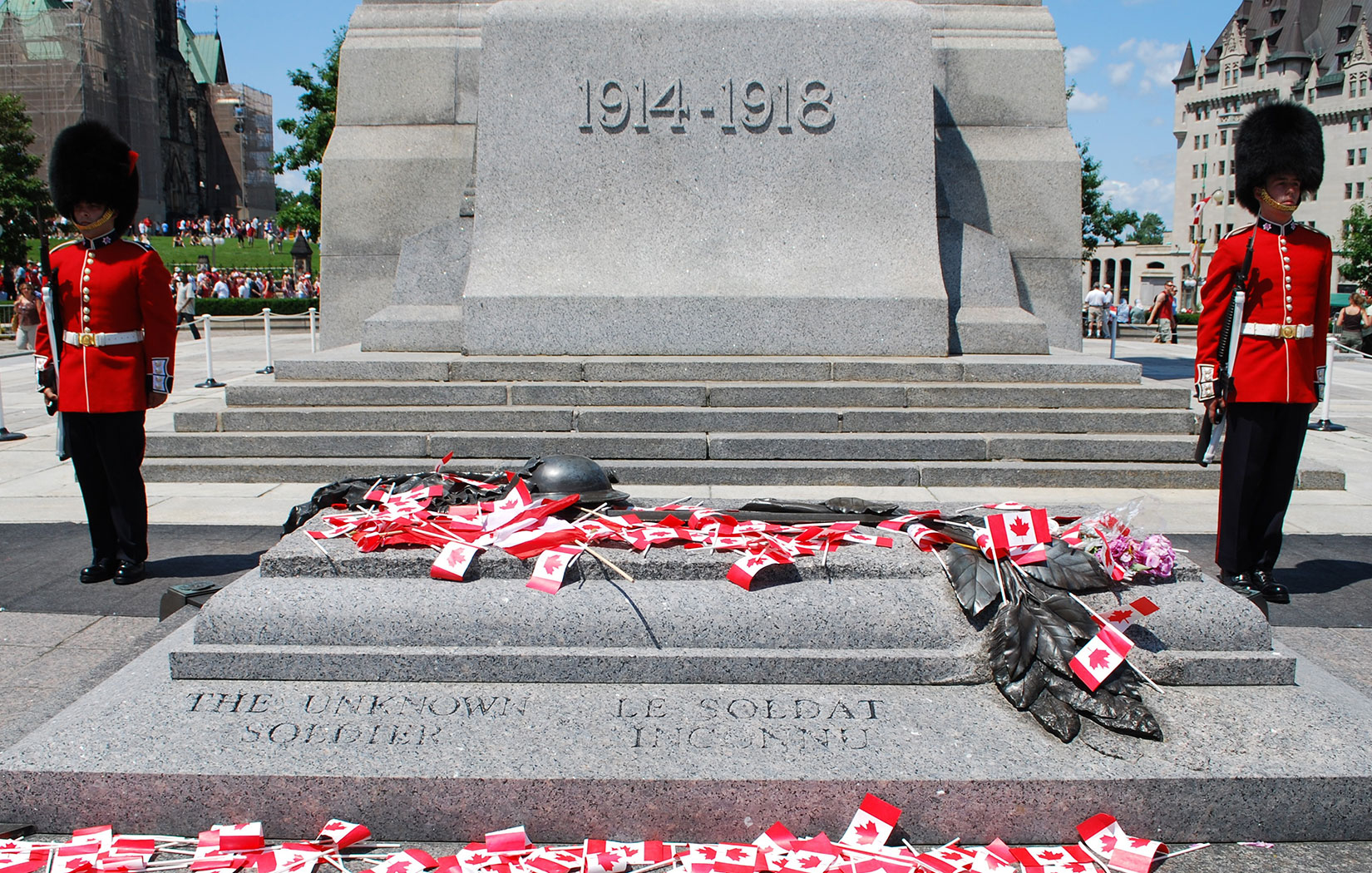 In 2000, the Federal Government repatriated the remains of an unknown WW1 soldier from a cemetery near Pas-de-Calais, France, to Confederation Square. PFS Studio was engaged to integrate this military commemoration, charged with Canadian nationalism into the fabric of Canada’s National War Memorial in Ottawa.

To accommodate the Tomb and Sarcophagus, the plinth of the National War Memorial on Confederation Square needed to be enlarged and slightly reconfigured. PFS Studio was the lead consultant for this work and designed the geometry and dimensions of the Tomb and all modifications to the surrounding stone terraces. Artist Mary Ann Liu and one of the Dominion carvers – Maurice Joannise went on to detail the highly crafted bronze work and stone carving respectively.