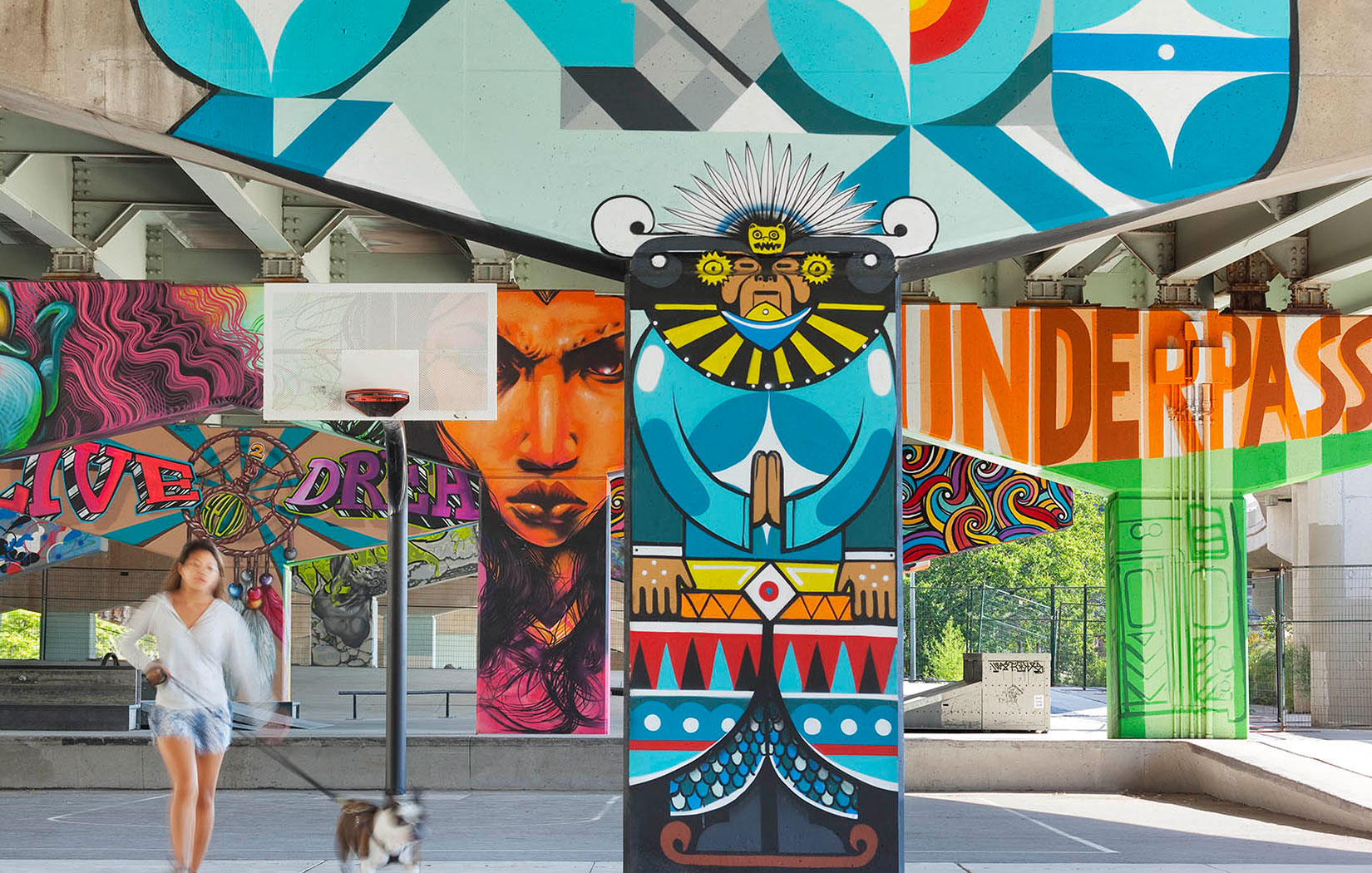 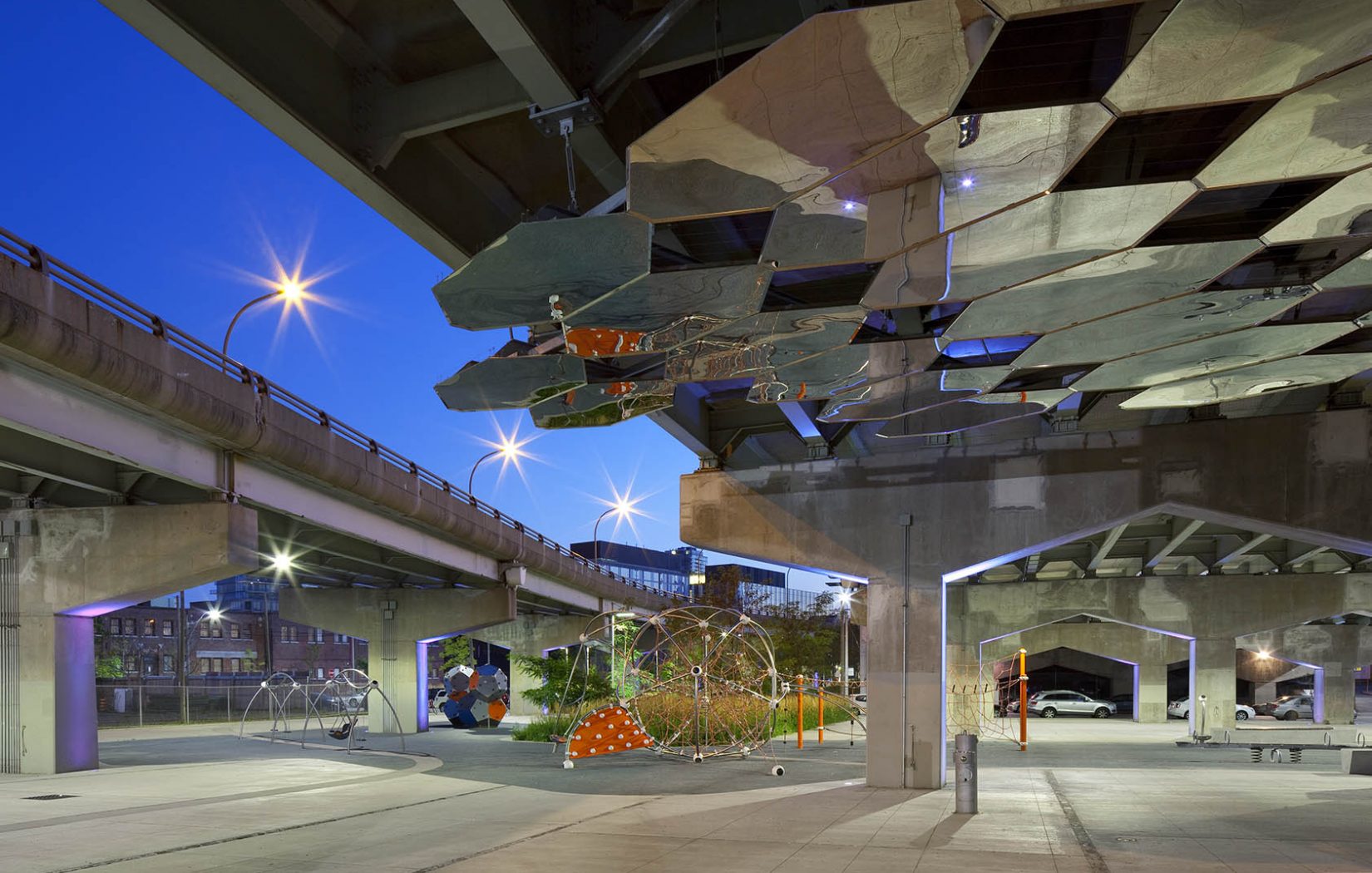 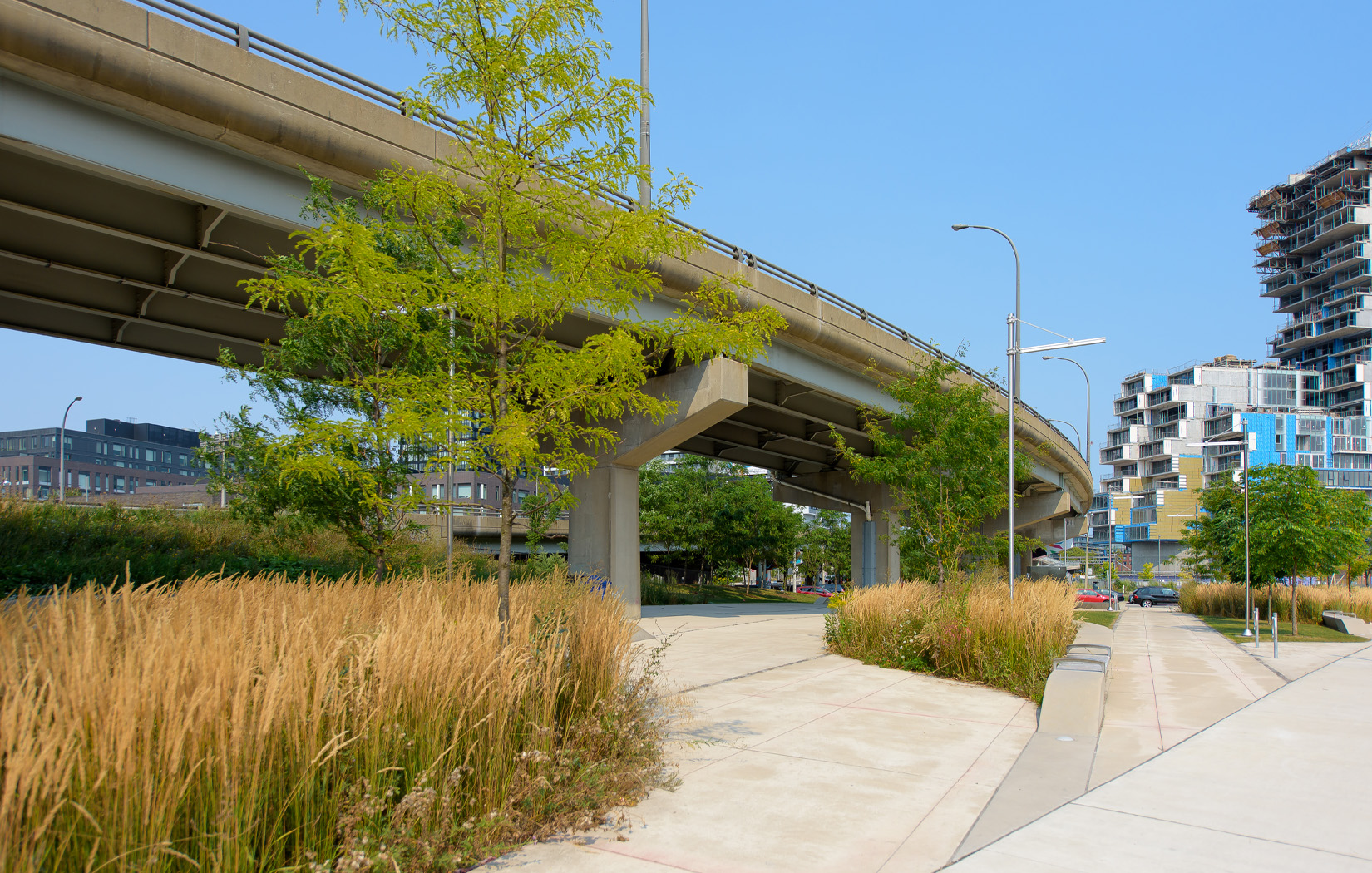 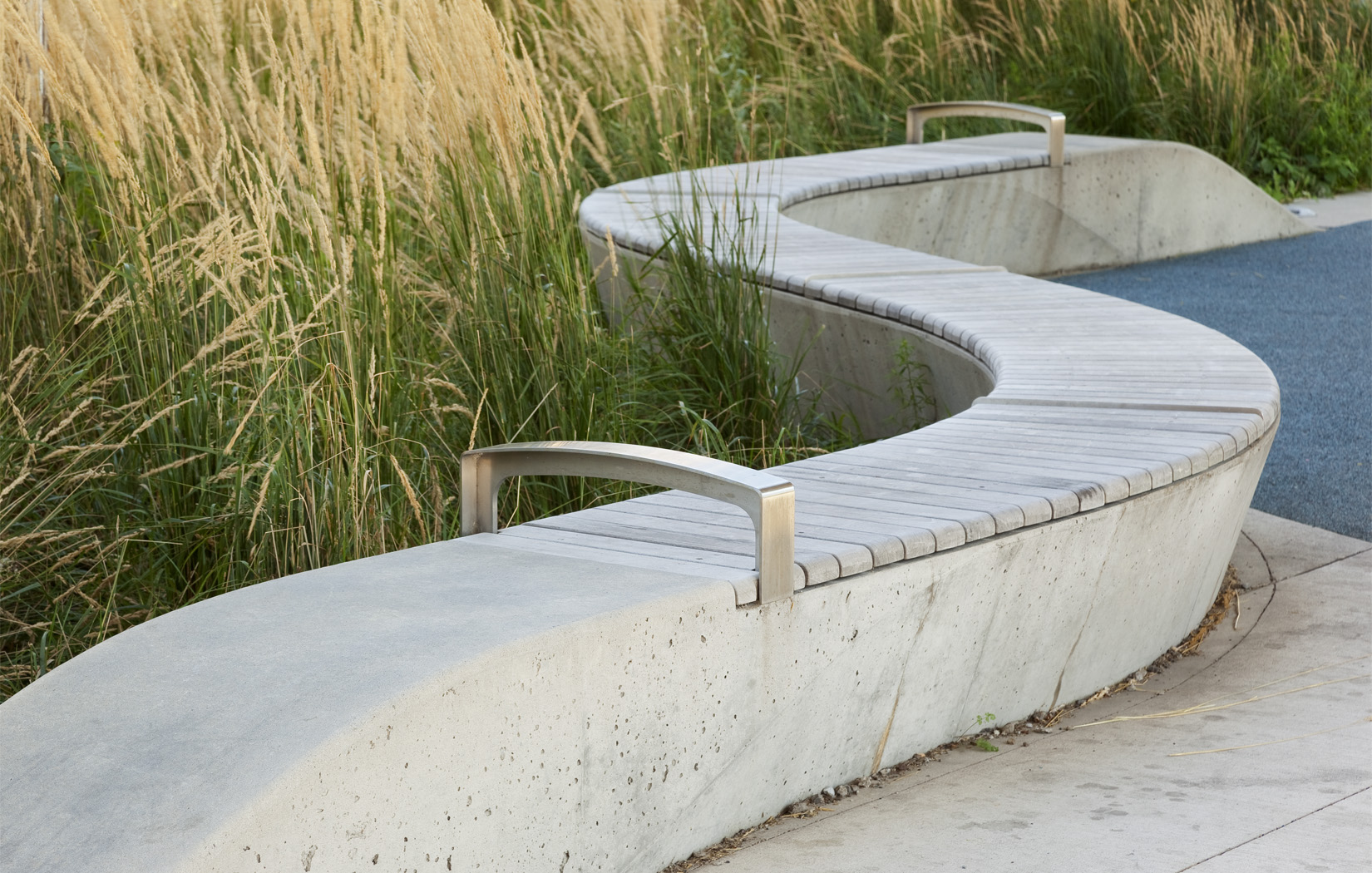 Underpass Park is a unique public space located under and around the Richmond and Adelaide overpasses in downtown east Toronto. This new park transforms a derelict and underused space into a functional and engaging urban neighbourhood amenity, reconnecting new and preexisting neighbourhoods in a dynamic and flexible manner. What was once a “no man’s land” now provides recreational facilities, public art, gathering places and community events. Residents of the new West Don Lands community, particularly those in the north-eastern section of the community, are now actively connected with historic neighbourhoods to the north and with the new commercial heart along Front Street East, also designed by PFS Studio.

Approximately 50% of the park is covered by transportation infrastructure. The design takes full advantage of this weather protection and has incorporated programmable spaces including a skate board park, basketball courts and play structures for all ages. The park also provides a flexible community space that can be used for markets, festivals, food trucks and moveable cafes. In the open areas of the park, dense groves of trees and robust perennial grasses bring much needed green space to the area and create a natural and iconic gateway to this area of the West Don Lands.

Topped the list of “9 Cool Projects Under Freeway Overpasses”, The Atlantic Magazine, 2011