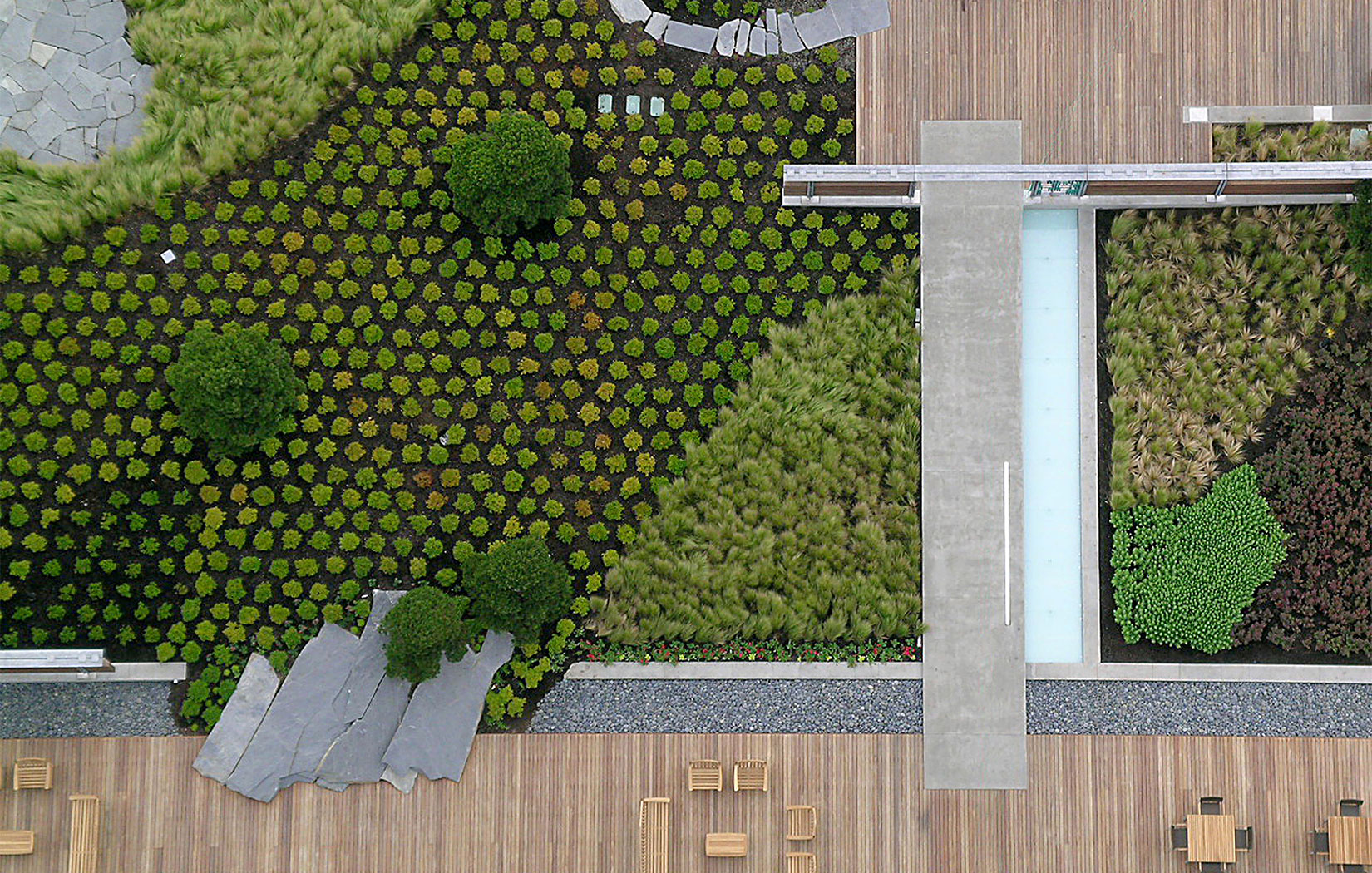 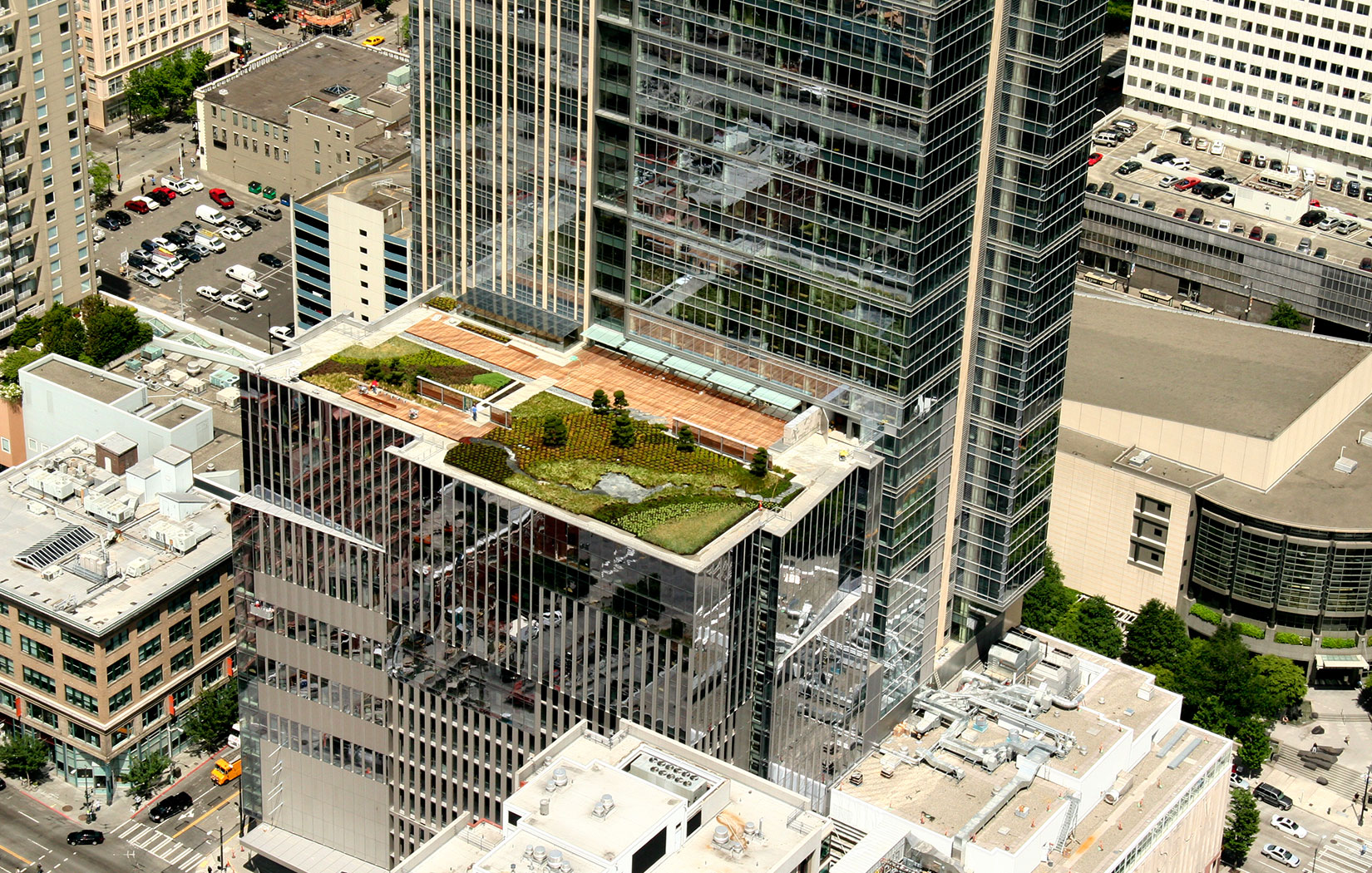 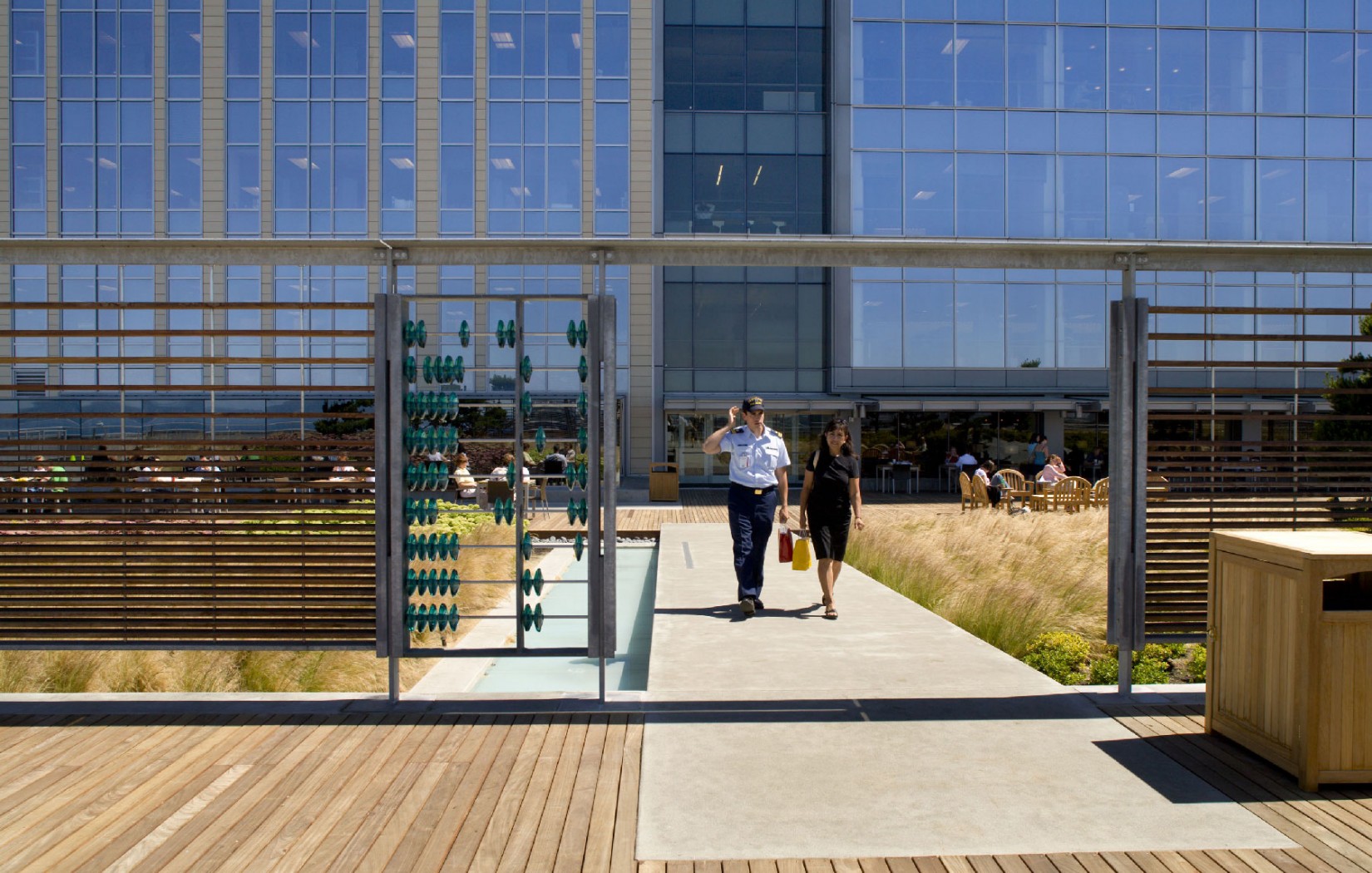 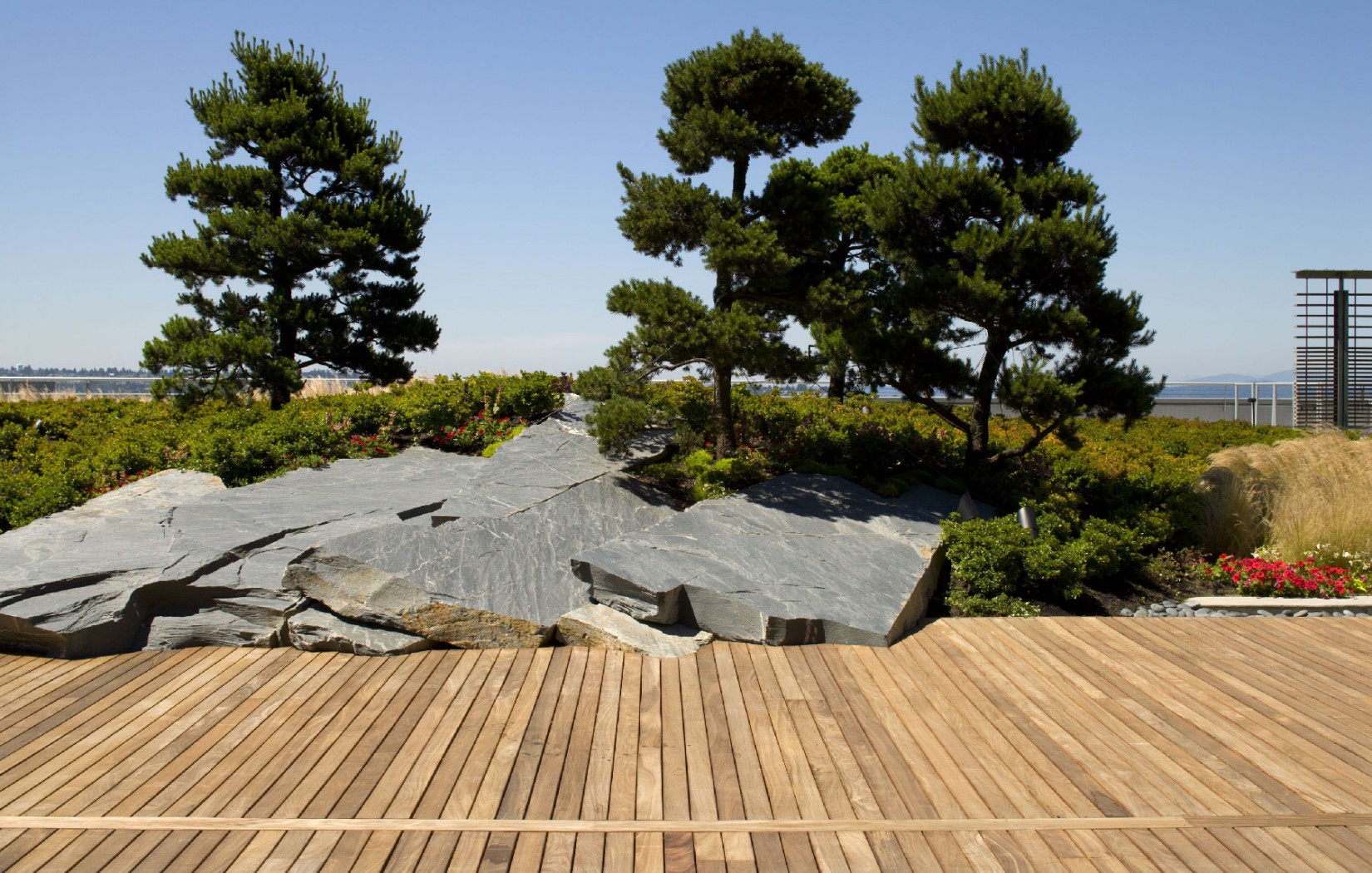 Located above the Seattle Art Museum expansion, the 17th floor roof garden is a green roof that functions as a vital social space and civic heart of the Bank’s downtown headquarters. As one of the largest green roofs in the city, the garden’s usable area surpasses three fold the City of Seattle’s minimum open space requirements, and provides decks and pathways that showcase views of the downtown skyline and across Elliott Bay.

The concept integrates elements that relay the story about the centre, its local origins and the community it serves. The project references the varied and unique landscape typologies of Washington State, from its coastal beaches to the Olympic and Cascade ranges and the interior plateau, with nearly two-thirds of the area planted in predominantly drought-tolerant plant species.