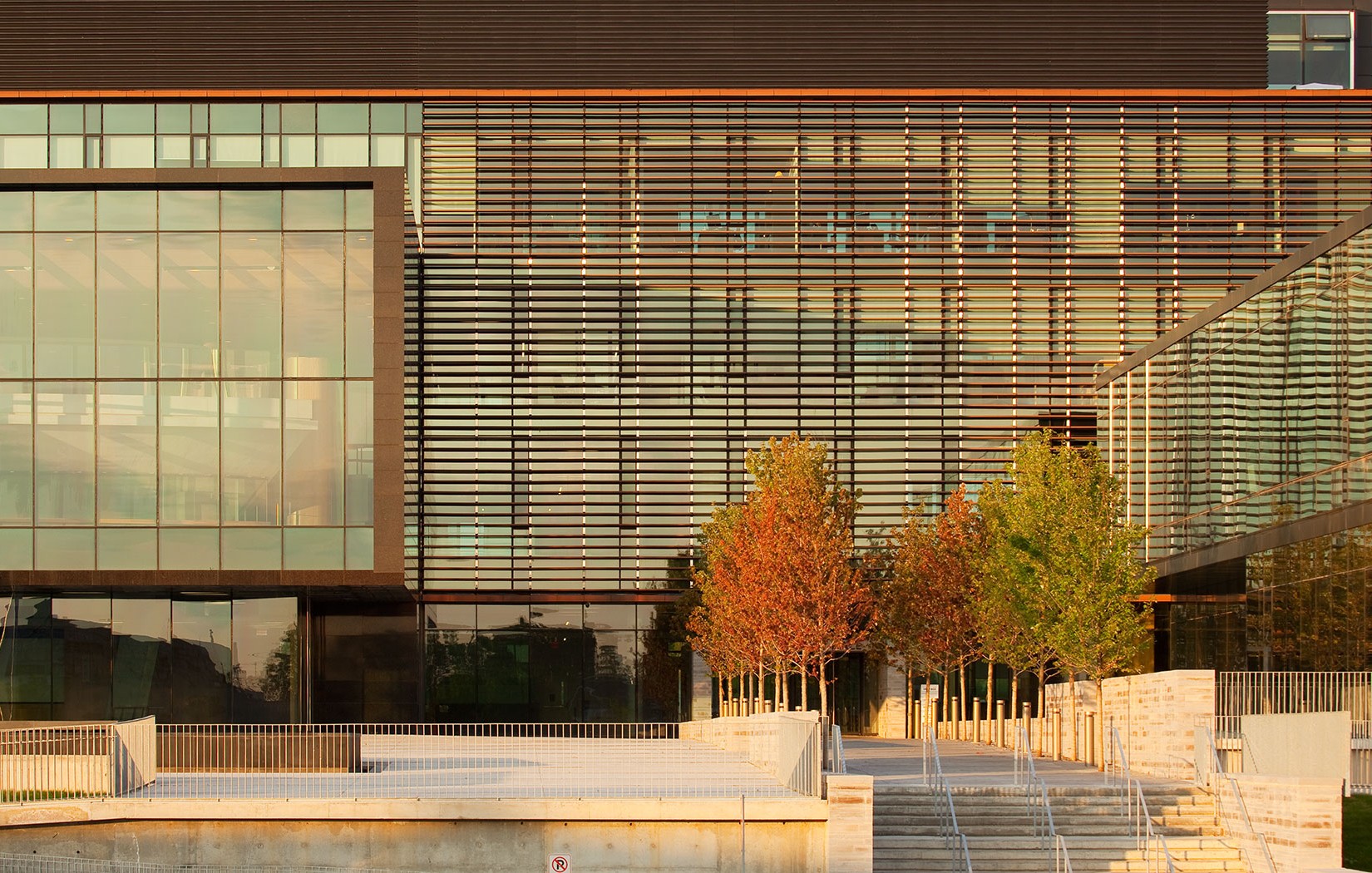 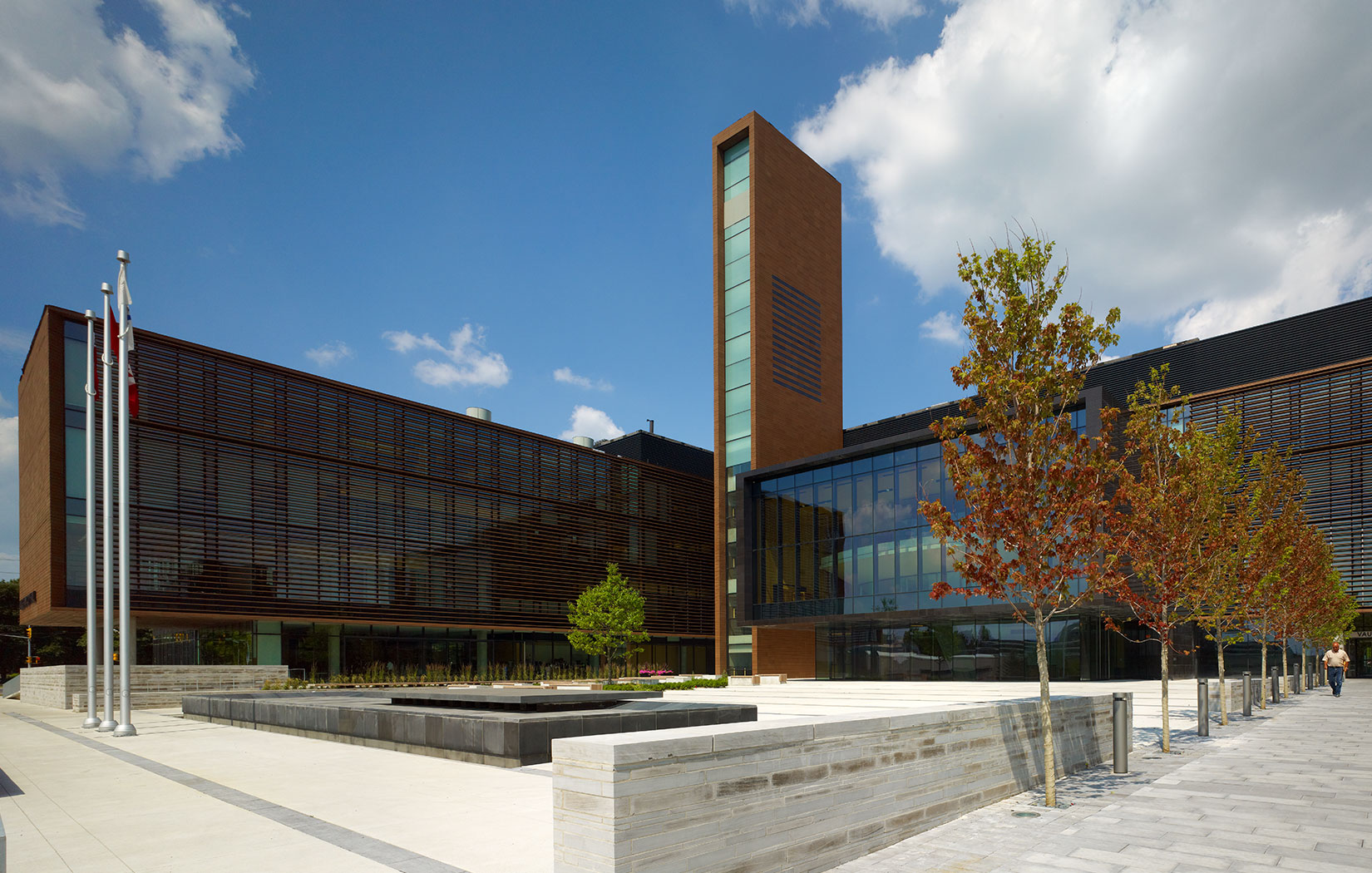 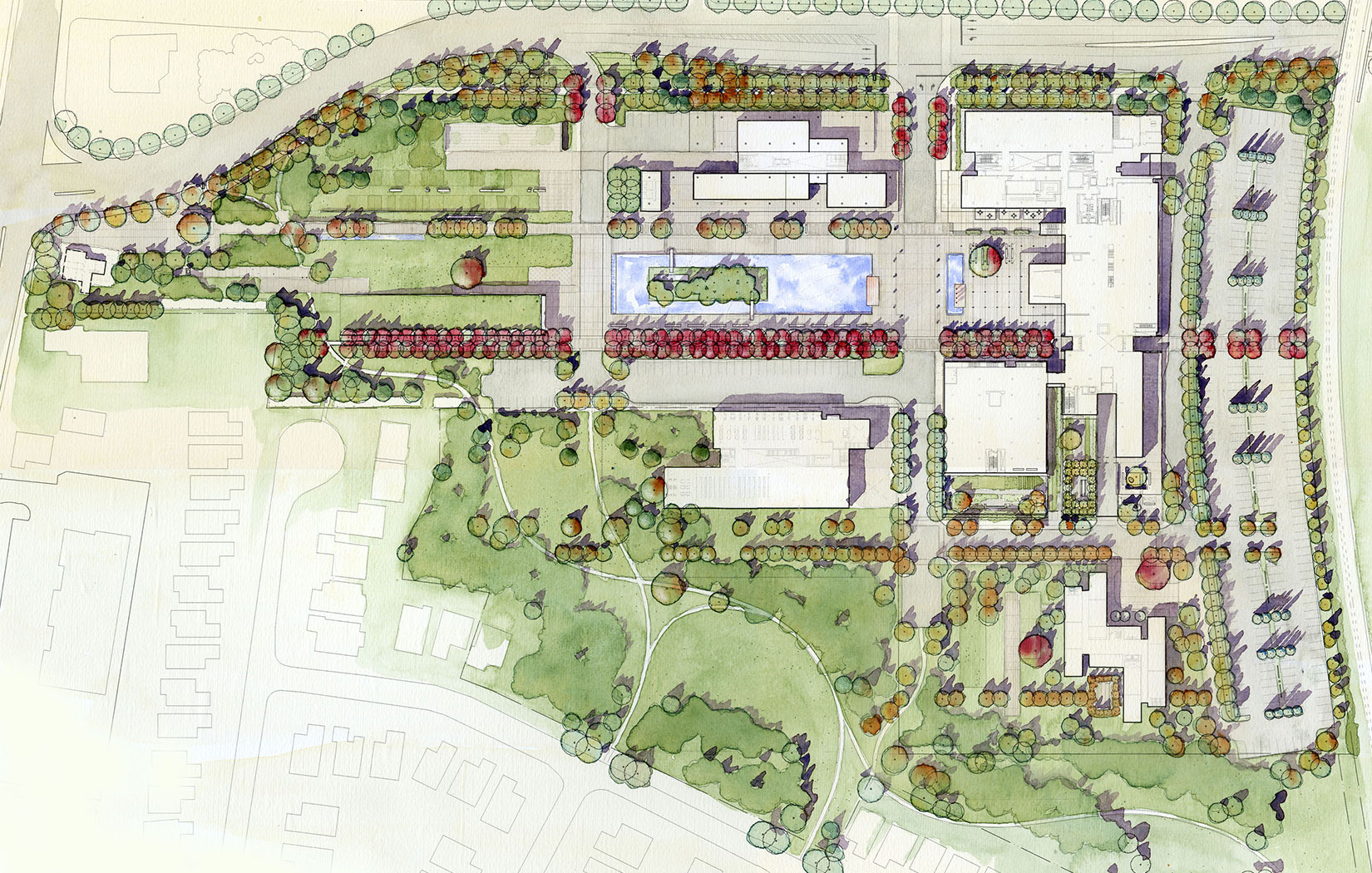 The general framework of the civic campus was inspired by rural planning principles of the past and agricultural patterns of the surrounding region, and organized linearly in an east – west orientation. The prime civic spaces consist of a large public plaza strongly related to the City Hall and well programmed to accommodate both official and informal events. A central water feature becomes an active public skating rink in the winter, promoting year-round recreation.

John Gamble Park is situated south of the civic complex and has been redeveloped to create an important civic green space that responds to the order of the civic precinct while at the same time relying on an indigenous plant palette to express the nature of the regional landscape.

Royal Architectural Institute of Canada (RAIC) and The Canada Council for the Arts, Governor General’s Medal in Architecture, 2012